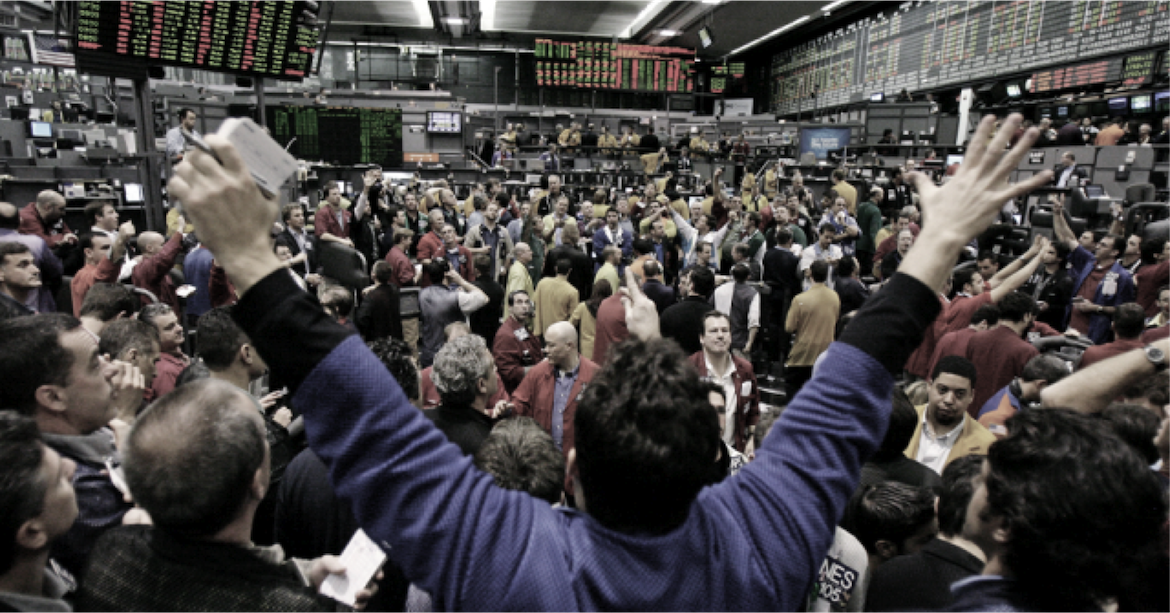 The government of Puerto Rico rang the bell: $3.5 billion in General Obligation bonds from an island in serious economic problems had become available.

Wall Street listened and 275 investment firms jumped all over the offer the Commonwealth made in 2014. They did it regardless of the fact that the three main credit rating agencies had classified the bonds as junk, or that many economists and financial analysts had predicted, many years before, that Puerto Rico was headed toward an economic and fiscal precipice.

In all, the companies ordered more than $16 billion combined of the $3.5 billion offer, which was sold at .93 cents on the dollar and an 8.73% yield. Some firms managed to buy $120 million in bonds, while others that put in orders came up empty-handed.

Underwriters, comprising a group of investments banks that market the debt, usually decide the amount of bonds each firm receives. That decision may be determined by several factors, some of them abrbitrary, such as the business relationships they may have with the bank, or the time when the firm makes the order, according to sources with knowledge of the financial markets consulted by the Center for Investigative Journalism (CPI, by its initials in Spanish) who asked to speak on condition of anonymity because of their roles in the industry.

The information learned today about the Commonwealth’s 2014 bond issue was revealed a few days ago by the CPI following a legal battle against the government that lasted more than a year and that finally produced a series of documents that allow the analysis of the economic interests that came into play in the face of Puerto Rico’s imminent bankruptcy and shed light about how the bonds were distributed and why. So far, only the identity of less than a hundred investment firms were known.

Within the group of banks that moves the debt, there is one that is the leader, or manager, of the bond issue and decides what percent will go to the other banks or financial institutions within the group. After receiving the percentage of bonds assigned to them by the main bank, these institutions in turn distribute them among the investment firms that are its clients and ordered a buy. Some investment firms are clients of several investment banks.

Three bank groups participated in the 2014 bond issue. Barclays Capital was the principal in a group composed by BofA Merrill Lynch; First Bank PR Securities and Popular Securities. Morgan Stanley was the principal in the group comprised by Goldman Sachs & Co.; JP Morgan; Jefferies Mesirow Financial Inc. and Santander Securities. RBC Capital Markets was the principal of the group comprised by Ramírez & Co. Inc.; Oriental Financial Services and UBS FS Puerto Rico. The group of banks purchased bonds with a discount of $28,130,460.67 off the original price offer and has the right to resell them at a price lower than that initial offer, according to the original indenture of the 2014 bond issue.

The CPI found that between 2007 and 2016, Barclays has paid $15,100 million in fines and compensations to more than 15 regulatory bodies and private sector clients. The list of accusations includes fraud during the management and sale of junk bonds; lack of transparency; not adequately provide reports;  fraud and bad advice to customers; poor management of accounts and funds; use of confidential information to benefit clients; manipulation of financial data; price manipulation and massive tax evasion.

On the other hand, these banks from the 2014 emission are in the crosshairs of the Commission for the Integral Audit of Puerto Rico’s Public Credit, which has not yet been assigned the budget mandated by law and concluded in its preliminary report that the banks may have violated U.S. Securities Exchange Commission rules in the process of this bond issue. According to SEC rules, banks that peddle debts in the financial market can not sell bonds until they have determined that the issuer will provide timely audited financial statements. However, only six weeks after the closing of the 2014 issuance of the $3.5 billion in bonds, the government notified that it would not submit its audited financial statements on time. The Commission raises the question of whether buyers knew that the government would not provide financial statements.

Andrew Smith, corporate communications contact for Barclays, declined to comment on the audit findings and the possible violations of SEC rules.

Among the investment firms that bought part of the issuance include insurance companies, hedge funds, vulture funds and traditional mutual funds. Vulture funds are a type of hedge fund, but are firms that specialize in investing in high-risk debt whose clients are millionaire investors. One of the key elements that distinguish hedge funds that become vulture funds are the lawsuits and their participation in debt crises such as Detroit, Greece and Argentina.

Mutual funds, meanwhile, have middle-class investors, such as pensioners, as clients and do not necessarily focus on high-risk debt, although in the case of Puerto Rico mutual funds Franklin and Oppenheimer bought junk bonds from the 2014 issuance and successfully presented a lawsuit to have the local bankruptcy law (“Quiebra Criolla”) declared unconstitutional.

Firms that invest hundreds of thousands of dollars in protracted litigation are usually those that see it through to the end in pursuit of their profit.

Vulture funds bought the bulk of the bond issuance, with Brigade Capital Management, Fir Tree, Perry Capita, Paulson and Company and Goldman Sachs Asset Management heading the transaction, each with $120 million. Some of the firms that bought bonds from that issue may have already sold their part or purchased bonds from other entities, such as the Puerto Rico Electric Power Authority or the Sales Tax Financing Corp. (known as COFINA by its initials in Spanish).

One of the participants among the five main buyers of the 2014 bond issue, Brigade Distressed Value Master Fund Ltd., a Brigade Capital fund, is part of a group of eight vulture funds that filed a lawsuit in April 2016 at the U.S. District Court for Puerto Rico, demanding a halt of the transfer of Government Development Bank (GDB) funds to private banks. The other firms that are part of the lawsuit are Fore Advisor, which bought $5 million from the 2014 emission, Solus Alternative, which bought $25 million, and Claren Road Asset Management, which appears in the bond issue list without an associated amount of purchase or offer.

Brigade sued the government again in May, this time challenging the Moratorium Act along with Tasman, Claren Road, Fore Capital, Sola Ltd (a Solus Alternative fund) and Fir Tree.

Last week, the U.S. District Court for Puerto Rico ordered a stay on that claim based on the moratorium on lawsuits related to the debt established by the Puerto Rico Oversight, Management and Economic Stability Act (PROMESA) until February 2017. That decision will be addressed at a hearing during the week of September 17 because Judge Francisco Besosa left open the possibility that lawsuits could move forward under a PROMESA clause that authorizes courts to make exceptions to the moratorium.

Brigade is also part of the Puerto Rico Ad Hoc Group Executive Committee, along with other firms that bought General Obligation bonds such as Centerbridge, Davidson Kempner, Canyon, Monarch, Stone Lion and Fir Tree. Since 2015, hedge funds formed groups according to the type of bonds they owned and hired law firms to defend themselves against the government in the event of any dispute over the debt. These groups of bondholders also formed to influence negotiations, change constantly according to their composition and depending on how their members sell or buy different bonds.

The Ad Hoc Group’s attorney, Andrew N. Rosenberg, of the Paul, Weiss, Rifkind, Wharton & Garrison LLP law firm, sent a letter in early August to Javier D. Ferrer, chief legal advisor to Popular Inc. and former president of the GDB, warning that his clients reserved the right to use the necessary remedies if Popular Inc., fails to follow payment priorities established by the Constitution. The warning to Popular Inc. came after the government transferred funds from its accounts to Banco Popular and other private banks, given that the Federal Reserve of New York decided it would not validate payments issued by the government through GDB accounts.  The Ad Hoc Group believes that part of the funds retained and transferred to Popular Inc. should be used to pay General Obligation bonds, El Nuevo Día revealed.

Since 2013, seven months prior to the issuance of 2014, investment banks were seeking new clients for Puerto Rico bonds, as a result of the stampede of traditional investors caused by the emerging government crisis. According to Bloomberg, representatives from Citigroup and Morgan Stanley made a private presentation to investors in New York about Puerto Rico bonds and Lazard Capital Market also organized a similar event. The Citigroup presentation drew 200 participants, including Och-Ziff Capital, Highbridge and P. Schoenfeld Asset, who are now confirmed buyers of the 2014 issuance.