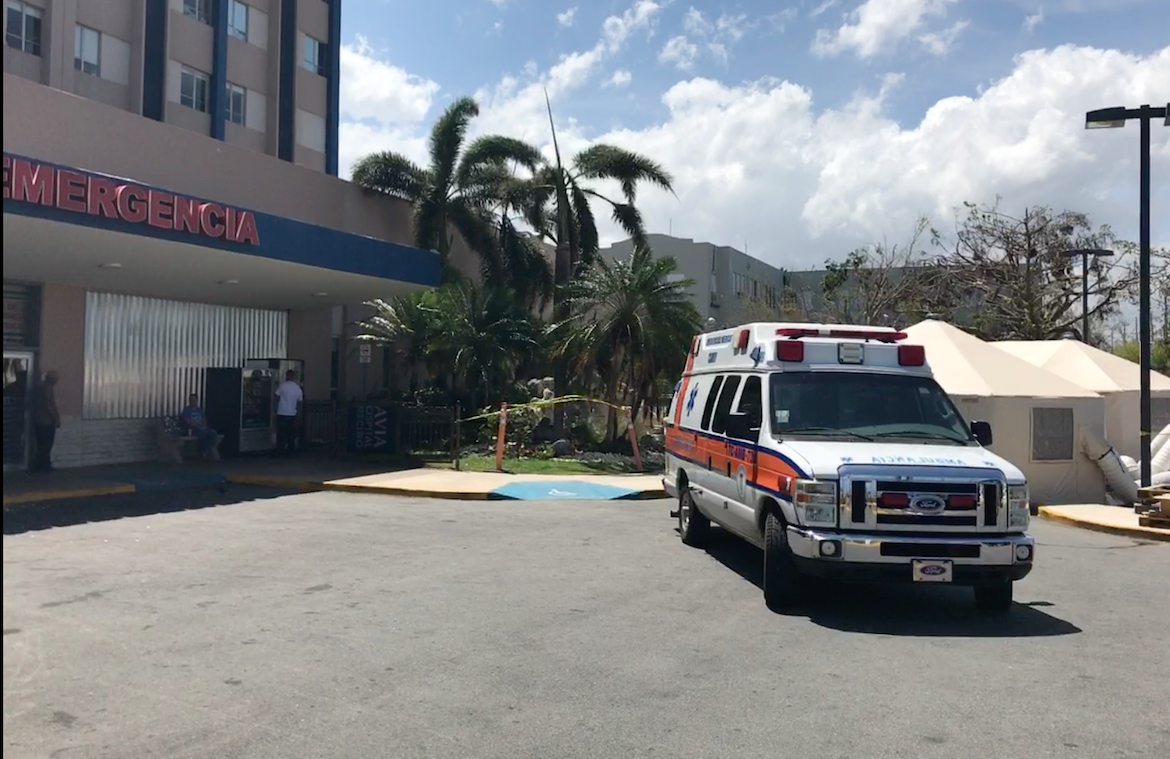 The official figure of fatal victims associated with Hurricane Maríaa offered to date are just a small sample of the universe of fatalities that have occurred in Puerto Rico since the devastating cyclone, so it is a fact that it will continue to increase, according to the heads of the agencies in charge of processing the deaths.

Considering that the annual average of deaths in Puerto Rico, which is about 29,000, at best, only 17% of the universe of deaths in the last two weeks would have been examined.

The Puerto Rico Secretary of Public Security, Héctor Pesquera admitted this in an interview with the Center for Investigative Journalism (CPI in Spanish) when asked to explain how the latest official figure revealed on Tuesday increased hurricane-related deaths from 16 to 34 people was produced and revealed hours after President Donald Trump’s visit to the island. According to Pesquera, that figure was reached after analyzing in detail, with interviews with relatives, the 200 deaths that were processed by the Puerto Rico Forensic Sciences Institute, located in San Juan, from Sept. 20 until last Friday, Sept. 29.

All other deaths that occurred in that period, which would exceed the average number of deaths recorded every two weeks in Puerto Rico, have not been analyzed. In fact, on Thursday it was not yet known how many people died in Puerto Rico during those dates, as death certificates and burial permits are being generated manually in the Demographic Registrar’s regional offices in the absence of electricity and communications systems.

The CPI knew that in a single hospital of the 69 that are on the island, the Hospital Pavía in Arecibo, 49 deaths were registered during the first two weeks of the crisis.

Registrar Director Wanda Llovet said she had to establish an antiquated system to start processing information. As she explained to the CPI, she began to send to the agency’s driver on Wednesday on daily rounds to the regional offices to collect the paper documents that would be brought to the Registrar’s headquarters in San Juan, which already had power to enter the data into the system. Then came the electronic submission to the Centers for Disease Control and Prevention (CDC) system, which will automatically encrypt them according to the emergency and disaster death guides in the CDC’s official cause of death book, ICD-10.

The official explained that these guides, which she has distributed to hospitals and funeral homes since Sept. 22, indicate that in cases of emergencies and natural disasters the doctor who certifies the death has to add the circumstances in which the death occurred, not only the medical cause of death, to determine if it was influenced by circumstances caused by the emergency such as lack of electricity, mobility, and medical services and supplies.

Eighty percent of the death certificates that are sent to the CDC’s system usually generate a categorization in 24 hours and the remaining 20 percent of the cases usually generate doubt for some reason, and have to be revised manually so the information about the first group of deaths should be received on Friday, said Maria Juiz, Director of the Registrar’s Quality and Vital Statistics.

Pesquera, who was on the defensive about the questioning of the number of official deaths by the CPI last week and directly denied that there were accumulated corpses in island hospital morgues, as reported by the media outlet, was more open on Thursday and said that he expects the figure to continue increasing and admitted that there will possibly be many deaths linked to the event which will remain unaccounted for because the cases the CDC will process depend on the doctors have made the proper notes of the circumstances of the death, as they will not be able to interview the relatives of all the deceased. From his conversations with the members of the Hospital Association this week, Pesquera believes that such annotations have not been done according to the CDC guidelines that have been distributed to them.

The government official urged any citizen who believes their relative died in circumstances related to María to arrive at the Forensic Sciences Institute located in the Río Piedras Medical Center to report their case so that it can be processed as such. The same must be done by the relatives of the 69 people listed on Tuesday in the official list of missing persons, given that the Forensic Sciences Institute and the Demographic Registrar’s staff that have been working in that agency will be looking for any matches that may exist between those names and the names on the death certificates that began to be processed at the registry headquarters on Thursday.