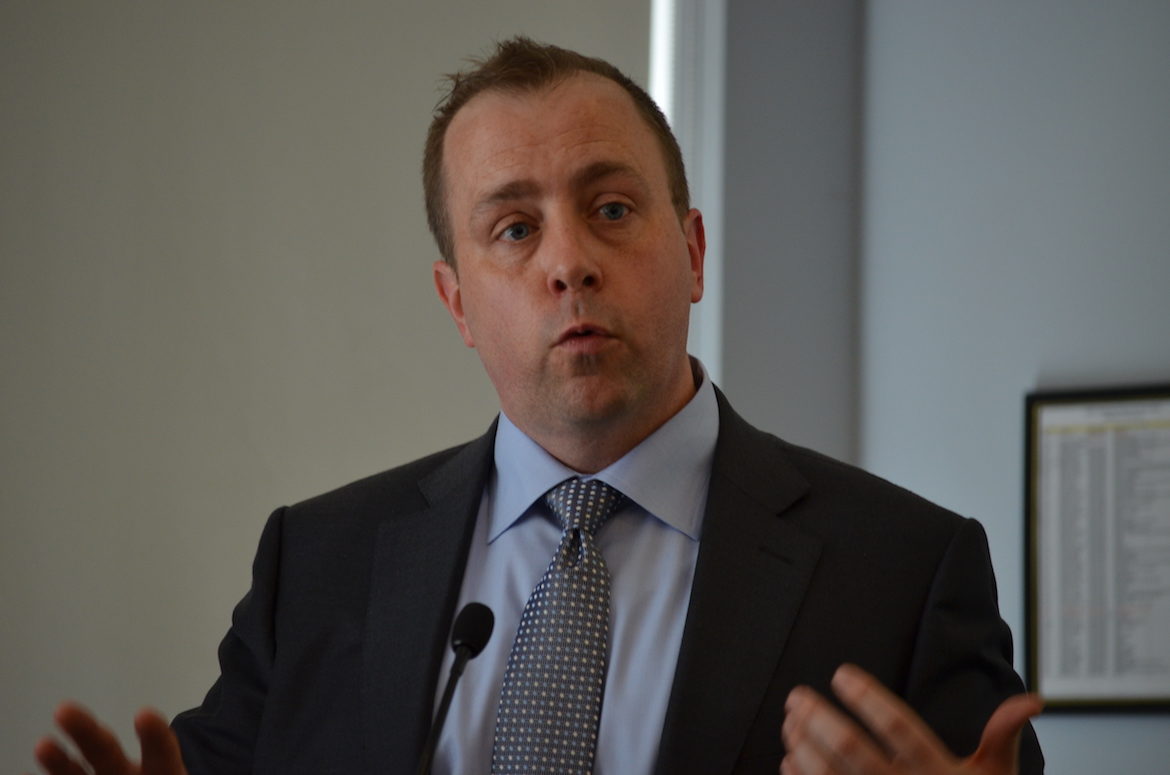 Puerto Rico’s debt service payment could be reduced to zero in the short-term, when the Financial Oversight and Management Board for Puerto Rico modifies the fiscal plan to readjust it to the island’s new panorama following the humanitarian crisis provoked by the passage of a category 4 hurricane through the island. So says Matt Fabian, chief researcher for Municipal Market Analytics (MMA), who has followed Puerto Rico’s case closely for several years.

“Hurricane María changes everything,” he said. “The damage to Puerto Rico is massive enough to set aside creditor-debtor considerations for months and potentially longer. With an apparent breakdown of much in the way of governmental operations, there will be zero payments to most bondholders for the foreseeable future,” according to an MMA report published a week after María’s scourge.

Investment firms that are claiming debt payments from the government under Title III could accommodate themselves to the island’s disaster by becoming investors.

“Many of the hedge funds bought Puerto Rico’s bonds in the first place because they are optimistic about the island’s future, so they may become major investors in rebuilding,” Fabian told the Center for Investigative Journalism.

Some hedge funds that are part of the groups that claim debts in the government’s bankruptcy process are investors in the energy, oil and infrastructure sectors; such as Whitebox Advisors, which is part of the Cofina Seniors Bondholders Coalition and owns 10% of Par Pacific Holdings, a producer of gas and oil; and Aurelius Capital, which has interests in Petrobras and is part of the Ad Hoc Group of General Obligation Bondholders.

In addition, Fabian warns that the destruction caused by hurricane María in the electrical infrastructure, which left the entire island in the dark and whose restoration would take months, could accelerate the full or partial privatization of the Puerto Rico Electric Power Authority (PREPA.)

“Because there are now fewer assets to monetize, a near-term privatization is reasonably to the detriment of existing [PREPA] bondholders,” according to the report.

When the recovery and reconstruction operations are completed, there may be a more “cooperative” debt restructuring process, as “bondholders will have little choice otherwise as the Federal courts will reasonably show little empathy for mainland financial creditors vis-à vis on-island stakeholders following the storm,” according to the MMA report.

Laura Taylor Swain, the federal judge who chairs the Puerto Rico government’s bankruptcy case, was already empathetic about the island’s situation by declaring that it is experiencing a “much more serious humanitarian crisis” than it was already experiencing due to more than $73 billion in debt that the government faces, according to the order in which Swain suspended until further notice the hearing that would be held Oct. 4 in U.S. District Court for Puerto Rico in San Juan.

This implies that, for Swain, there was already a humanitarian crisis in the island before the hurricane struck due to the monumental debt it is facing.

“These Americans, who were in the process of restructuring billions in debt through these PROMESA Title III proceedings in the hope of emerging from an economic crisis of unprecedented proportions, now face an even graver humanitarian crisis, on also that threatens their already challenging path back to economic stability,” Swain said.

Fabian’s report adds that a hypothetical readjustment of PROMESA would be for the benefit of the Commonwealth and not of the creditors. Following the hurricane, the Control Board authorized the use of $1 billion to cover recovery costs, “a measure that may not favor bondholders,” Fabian suggests.

On Sept. 30, the Oversight Board postponed “any discussion of public sector furloughs until next fiscal year and is withdrawing the related lawsuit,” another measure that bondholders may not like.

In the short term, Fabian estimates that the injection of money from the Federal Emergency Management Agency, Congress and private insurers will stimulate economic growth and tax collection in the short and medium term. But the migration of tax-paying residents will lead to weaker collections for at least the next five years.

“In the longer term, there is a good chance Puerto Rico’s population drops below 3 million. Which means even with rebuilt infrastructure, the local economy will struggle. There is also the potential for major industries to leave the island to avoid storms in the future,” Fabian told the CPI, adding to the report.