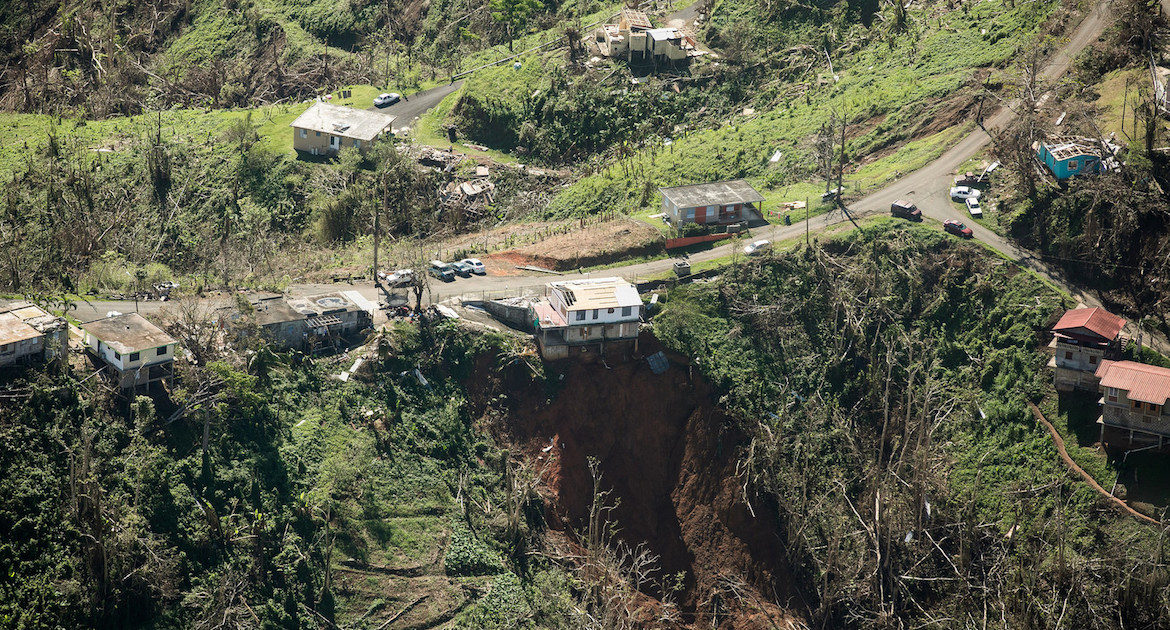 It’s official. In the 40 days after Hurricane María hit Puerto Rico, at least 985 additional people died, when compared to the same period in 2016, new data first obtained by the Center for Investigative Journalism (CPI) shows.

And if the entire months of September and October are included (since Hurricane Irma also passed through the island days before María), the figure rises to 1,065 deaths—despite the fact that Puerto Rico would have lost over 100,000 inhabitants due to migration this year, according to migration estimates from the Center for Puerto Rican Studies of The City University of New York.

Since September 20, the day when the historic Category 4 storm struck the entire island with 155-mile-per-hour winds that left Puerto Rico without power, the average daily death rate increased by 43% with peaks of about 80% on days like September 21 and 25. In October, deaths increased by 23.3%. 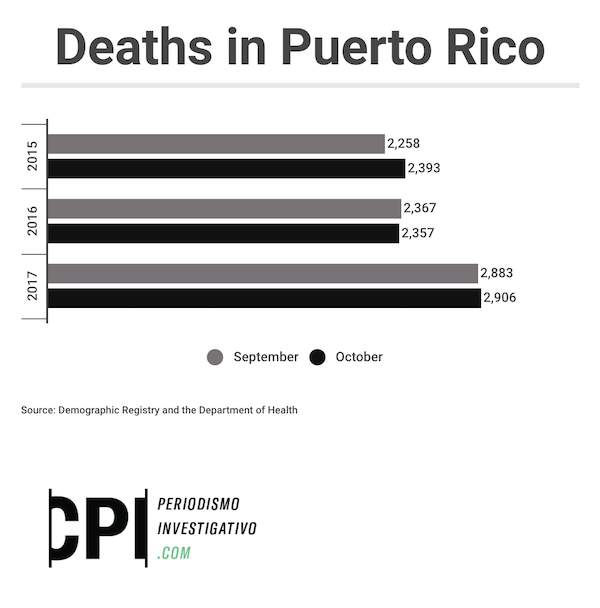 This information —revealed for the first time and made public Thursday by the CPI from data provided by the island’s Demographic Registry— presents an official overview of the magnitude and profile of deaths recorded after Hurricane María.

In September, the highest peak of increase in deaths was seen among people between 70 and 79 years old. In October, that peak pertained to people over 90 years old.

This new data confirms the findings of a September 28 CPI investigation, revealing that at that time there were dozens and possibly hundreds of deaths linked to the hurricane, contrary to the official government death toll, which remained at 16 victims during the first two weeks of the emergency. Today, more than two months after the catastrophe, the official death count stands at 62, due to the poor methodology being used to analyze and account for cases, according to reporting by the CPI.

The revelation of this new data also coincides with accounts from relatives’ reports of victims that point to problems with essential health services such as dialysis, ventilators, oxygen, and other critical circumstances caused by the lack of power in homes and hospitals throughout Puerto Rico.

Demographer José A. López, the only person at the registry in charge of analyzing this data, said in an interview with the CPI that the trend of increase in deaths in the first two post-Maria months is significant. He also said the government’s inability to link more deaths to the hurricane shows that the current process to document causes of death in a disaster is not working and must be reformed. Last week, as part of an investigation of the failures in the process of accounting for deaths linked to María, López and the Department of Health appeared before Puerto Rico’s Senate to request that a dialogue begin about this issue and that they lead the process to change the system. 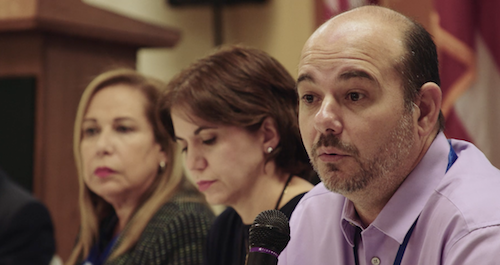 “We need to have a serious and honest discussion of all the sectors involved,” he added, noting that there is a lack of understanding of the process and its importance on the island.

According to López, from the point of view of public health, any increase of more than 15% in mortality trends must be studied to find an explanation, because it is indicative that something atypical is happening. In the case of some contagious diseases, for example, when a 3% increase happens, “we have to run,” he added.

“It’s important because once we have a clearer picture of Puerto Rico’s mortality rate, this allows us to plan and carry out work plans to improve public health and prevent deaths, especially when this type of event will continue to occur. According to scientists, global warming is boiling the Caribbean,” López said.

Currently, linking a death to a disaster depends almost exclusively on a physician making an annotation related to the hurricane in the death certificate and listing the clinical cause of death, but both doctors and hospitals maintain that their responsibility and knowledge are strictly tied to the clinical cause of death. Furthermore, in most cases, the doctor who certifies the death may not be the same doctor who was in charge of the patient. Most death certificates, therefore, do not include additional information about the other circumstances that could lead to the medical decompensation and eventual death or acceleration of that person’s death—such as the stress caused by an emergency; lack of power, transportation services or medications; lack of access to health services; changes in diet; and increases in ambient temperatures, among others.

Although the data provided on Wednesday by the Demographic Registry is preliminary until the official year ends with a final review, at the time of this publication, the figures for September and October are 98% complete. Data for November, when a good part of the population still lived without electricity, is not yet available. According to this current data, 2,883 deaths were registered in September 2017 and 2,906 in October 2017, compared to 2,367 for September 2016 and 2,357 for October 2016.