Part of the CPI team during an editorial meeting

The Center for Investigative Journalism (CPI) scored a decade since journalists Omaya Sosa Pascual and Oscar J. Serrano created the nonprofit organization that has been characterized for being a watchdog of the government and overseeing its performance, litigating for transparency and addressing issues relevant to the island’s fiscal, economic and political crisis with rigor and depth.

Throughout this decade, the CPI has grown in a sustainable and continuous way to become a bastion of investigative journalism, which also promotes access to information and goes to court to defend that constitutional right, while being a training hub for journalists in Puerto Rico and the Caribbean. The entity was registered on December 7, 2007 and, after several months of organization, launched in April 2008 with its first publications with the support of a Board of Directors composed by a distinguished group of professionals identified with the CPI’s values and mission. Since its foundation, the CPI has had its headquarters at the Inter American University Law School.

“We’re very proud and grateful for this trajectory. This decade of learning has prepared our team for a new stage, which is particularly important given the challenging moments that our island is going through. We plan to continue growing to carry out more comprehensive investigations and promote an increasingly relevant and comprehensive agenda of transparency and training,” said Executive Director Carla Minet.

With several hundred reports and investigations published during its trajectory in www.periodismoinvestigativo.com, the CPI’s journalists have won more than 20 awards granted by Puerto Rico’s journalism guilds, as well as international entities. Their stories have been published by dozens of media partners from Puerto Rico, the United States and Latin America, among which are Metro Puerto Rico and International, El Nuevo Herald, Listín Diario (Dominican Republic), Diario Libre (Dominican Republic) and El Tiempo (Colombia).

The CPI’s investigations have influenced public discussion, legislative debate and the island’s public policy makers, often encouraging the activation of investigations that transcend the journalistic framework.

“We have decided to start this anniversary year immersed in important efforts in each of our areas of work. As an example, our most recent reports have addressed the audit of the accounting of deaths after hurricane María, climate change in the Caribbean, litigation against the Fiscal Control Board and a recent complaint before the Inter-American Commission on Human Rights in Washington D.C. due to the limitations of access to information and the government’s lack of transparency. The agenda included the presentation of proposals to address these problems,” Serrano said.

“The partners that have supported the CPI’s work are key to our development, among them, the Inter American University Faculty of Law that opened the door to us on the first day and has welcomed us with great generosity. That’s where our headquarters are, and we are specially grateful for its Legal Clinic, students and teachers. The CPI’s unprecedented success as an independent journalistic entity would not have been possible without its partners,” he added. 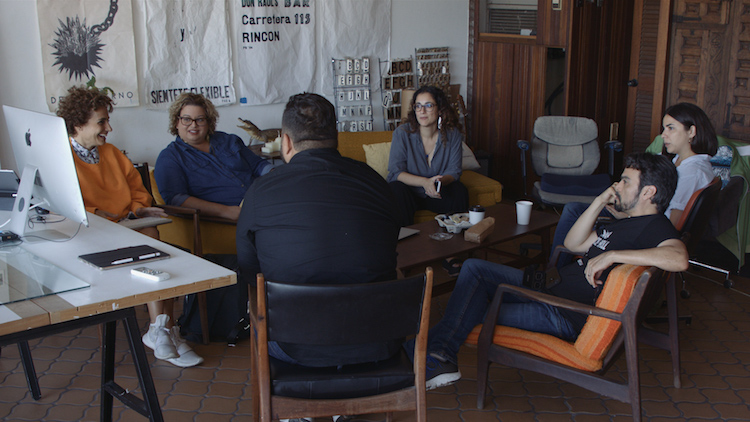 The CPI team in a meeting with Tiguere Corp.

Omaya Sosa-Pascual, who coordinates the entity’s educational efforts, said “in the field of professional training for journalists, the CPI has been a pioneer in establishing a journalism training institute that has been a workshop for hundreds of journalists from Puerto Rico and Latin America, as well as a vehicle for granting scholarships that encourage journalistic research. Currently, the Center is leading an investigation involving journalists from seven countries regarding climate change and its impact in the Caribbean.”

In addition, the CPI has found wide support among its readers, which is evident in its most recent fundraising campaign through the News Match program, which will match citizen donations. To date, the organization has managed to reach $28,000. The campaign will continue during the month of December and aims to achieve the amount of $50,000 that will enable more journalistic investigations.

“The coverage that the CPI has carried out after Hurricane María has been fundamental and revealing. We need the vision of oversight and accountability that our stories have had, and challenge with data and evidence, going beyond the official version. The case of the stories about the hurricane’s untold deaths is an example of how the government has given incorrect information to citizens in an attempt to minimize the severity of the emergency the island is experiencing, the government’s poor response to the disaster and its fatal consequences for hundreds of people. That is why support for the CPI is crucial at this time, to be able to do more,” Sosa-Pascual stressed.

To commemorate the anniversary, the organization also launched a new graphic identity designed by Tiguere Corp., and announced did a live broadcast with part of its team on Thursday, Dec. 7, related to the CPI’s trajectory and impact over this decade.

“In a context where media shrinks or disappears, the CPI reaffirms its commitment to public service through investigative journalism and embarks on a reflection during this 10th anniversary about the lessons and challenges as an independent entity without commercial ties. Much has been contributed, however, the route that remains is long and the slope is steep,” Minet concluded.