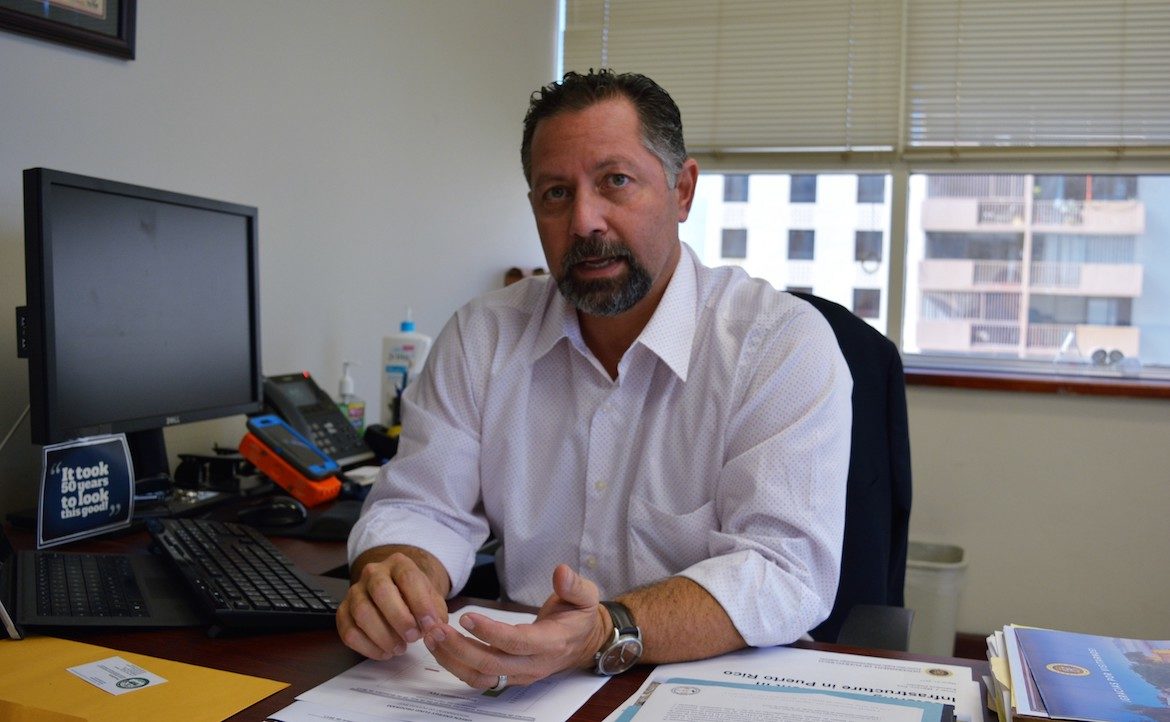 The rush for the energy market after Hurricane María has been so high that three companies have separately made offers to buy all of the Puerto Rico Electric Power Authority’s assets. Francisco Rullán, executive director of the State Office of Public Energy Policy (OEPPE, for its initials in Spanish,) confirmed the information to the Center for Investigative Journalism, but he refrained from revealing the company’s identities, alleging that they are still in negotiations to offer services to the government.

Still, Rullán admitted that before the storm a fourth company conveyed its interest in acquiring the utility: Texas-based Sunnova.

This company is involved in a struggle with the public corporation, because it considers that PREPA has torpedoed its business of renting residential solar energy systems. Sunnova is being questioned by customers who claim they have not kept their promises of lower rates, and over the fact that their renewable equipment stopped working after the hurricane, due to lack of batteries, according to a CPI investigation. Rullán assured that Gov. Ricardo Rosselló’s administration did not accept Sunnova’s proposal because he does not want a new monopoly like what PREPA already is.

Rullán, appointed by the governor at the beginning of 2017, worked at PREPA as a civil engineer for 21 years, developing projects in the areas of power transmission and distribution. As director of OEPPE, he establishes recommendations for public policy, advises the three branches of government, coordinates emergency energy recovery during disasters, represents the Executive in negotiations with the U.S. Department of Energy and manages the Green Energy Fund that incentivizes the renewable energy market.

Although the office he heads does not have the legal authority to make decisions, it is involved in the island’s energy market negotiations.

What was Sunnova’s proposal to purchase PREPA?

At one point, Sunnova offered to buy in early 2017. They said they are willing to analyze the possibility. I don’t know if they are still willing. There are speculative companies that say yes, but there is nothing official.

The vast majority of residential solar systems, dominated by contracts with Sunnova, stopped working after the hurricane, while the price of energy is quite expensive.

You know why? Because there is no competition. The competitive market we are looking for is not being created. We are not in an open market. It remains a closed market.

Sunnova is already a monopoly of residential solar systems…

That is why I do not agree with the fact that PREPA be privatized in a single corporation. It would be illogical. The results of a public and private monopoly remain the same. The monopoly does not seek improvement, or efficiency, because there is nothing that compels it, unless it is by law. Apart from that, the monopoly will not have innovation, because it does not need it, nothing requires it.

Do you agree, yes or no, with PREPA’s privatization?

I could not say that is should be privatized in its entirety but there are services that could be provided better if it were privatized. Generation is something that I can privatize, as well as customer service, and equipment maintenance.

Is there a chance of privatizing PREPA among several companies?

And that, even if there were a privatization among several companies, PREPA would continue to exist?

The public utility should always be there. Who will transmit and distribute? There always has to be an entity like PREPA.

Which companies proposed to buy PREPA after María?

I have to reserve the information. They simply said that they were interested in buying it in case the request for proposals was opened. There are people willing to invest. Responsibly, I have to tell you that neither we, the governor, nor anybody from this administration is proposing to sell PREPA in its entirety. We are considering the possibility of opening the market, and we are analyzing how we are going to do it.

Have you already told the interested companies that total privatization is not happening?

Yes. That we don’t agree with a total sale.

Did you let them know that there is a possibility of a partial purchase or that they provide service?

Of course. We have let them know that Puerto Rico is open for business. As simple as that. People come to this office on a weekly basis with an interest in doing business in Puerto Rico.

Among the companies interested in buying PREPA, are there any from the U.S.?

It is a Korean company that is established in the United States and in South American countries. They see Puerto Rico as a very good option to do business. They were asking about public energy policy; They wanted to know what the government was going to do.

What is this office’s proposal in the new energy scenario?

That we have to distribute energy differently, that we all have the right to have distributed generation to all of Puerto Rico, instead of it being centralized through PREPA’s infrastructure. The public policy is the democratization of the energy system. Of all the possibilities that exist, that is the most important one, that everyone have that right.

What do you mean by “democratization?”

Generation through Public-Private Partnerships, generation from small and medium enterprises, and individual generation.

Why do you refer to this as a right?

We all have the right to energy. It cannot be through a single corporation, a single business. We all have the right to generate it and to be self-sustaining. It starts from the smallest cell of a society, which is the residence, the individual. I have had this idea for some time, but as I have been discussing it with professors from the University of Puerto Rico in Mayagüez and Arecibo, and having worked so long at PREPA, I am more convinced. That’s why they brought me here.

How do you propose to start?

Regionalizing the system in microgrids, that is one of the starting points to generate energy. It can be with renewable energy and with natural gas. We are ready to buy energy from companies that have come to make proposals, but I told them as I told you right now, I am not doing anything to solve the problem by transferring the monopoly from one side to the other.

How would this initiative prevent a monopoly?

What do you want to modify?

The word “Authority” is what must be modified already. Every time I go to work with the energy system in Puerto Rico, where do I go to die? To PREPA? At the only one that charges you?

Before the hurricane, PREPA’s cost was 21 cents per kilowatt hour, while the cost of Sunnova is 19 cents and more.

Our interest is that the cost of energy is the cheapest possible and with the least environmental damage. I talk to people of a cost of a kilowatt hour of 11 cents or less. That is good. And that natural gas or propane gas power generation projects should be at 8 cents or less, so that it is accessible to the people and there is economic development.

How will you avoid what happened before the creation of PREPA, when private companies ruled and there were sectors with needs where services did not reach? How will a social role be played in the generation and distribution of electricity?

The Authority has already spent 70 years in this social development. Energy has been brought to all ends of Puerto Rico. PREPA’s social role has been fulfilled; but it has stopped being fulfilled. I was in the Caricaboa sector of Jayuya delivering a power generator because there is no energy there after the hurricane. PREPA is not delivering the service properly because it does not have the capacity. Why should I not allow a person to have their own system, to be self-sufficient, to be resilient, which is what we are looking for, even with a basic generation system?

How will access to electricity be addressed among the poor who do not have money?

I can force all the companies that are selling energy in Puerto Rico to create a pot. A special fund could be set up to create micro-networks, a kind of trust. We are already discussing these options in our office.

Do you think a private company will be interested in reserving resources for those who have less?

That’s what the government is for, that’s what we are for. We have to be responsible with isolated communities. The governor has spoken about it and we agree with that. These funds can be obtained from the companies and from the federal government. The U.S. Corps of Engineers is already considering designing special funding. That is the importance of what we are doing now in the office, which are the first steps in that direction.

For comments write to emartinez@periodismoinvestigativo.com