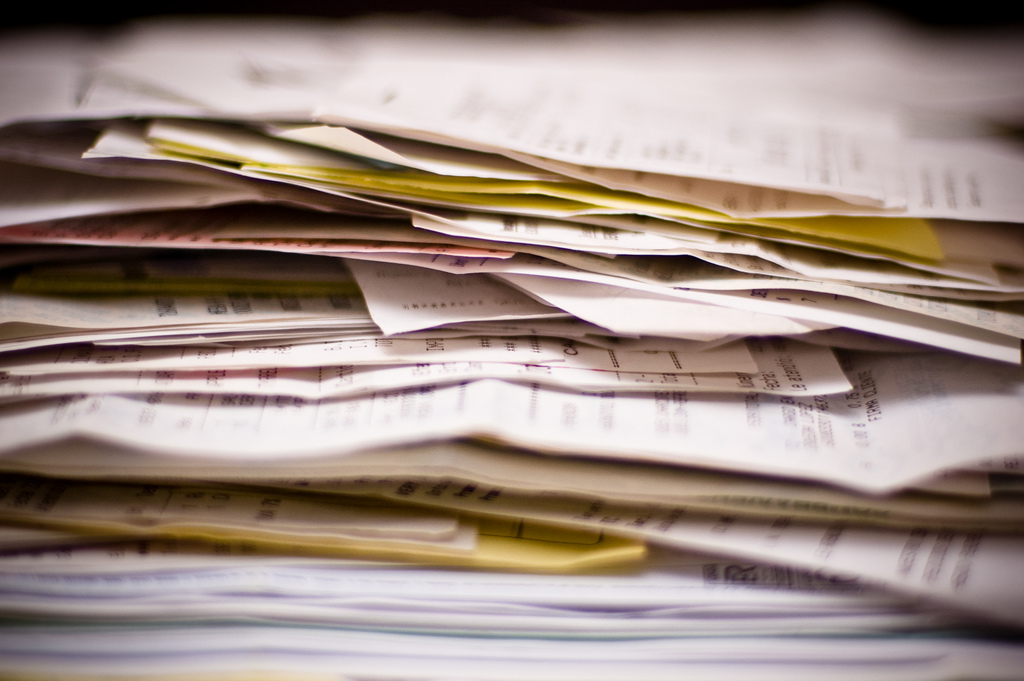 Photo by kozumel via Visualhunt

Some 30 law firms and consulting companies filed in federal court a total of 40 invoices to receive compensation from the government of Puerto Rico, accounting for more than $75 million in fees, plus $2.05 million in reimbursable expenses. This only covers a five-month period, from May 3, 2017 to Sept. 30.

Of this amount, more than $52 million would go to five firms, namely consultants McKinsey & Co. and Deloitte, and law firms Proskauer Rose, O’Melveny & Myers and Paul Hastings, according to a report filed before the federal court on March 1 by Brady Williamson, a lawyer and partner at Godfrey & Kahn. He is in charge of examining the invoices of the professionals who work in the bankruptcy cases of the commonwealth under Title III of PROMESA (Puerto Rico Oversight, Management & Economic Stability Act).

In addition to the spending in lawyers and consultants, the report points out, for instance, the inexperience of some professionals in bankruptcy billing; duplicity in the work being done; a high number of lawyers attending hearings; the disparity in fees and how much these professionals charge per hour; and an excess in reimbursable expenses, such as “six-figure vendor charges” for electronic research and databases, among others.

As the first round of professional billing in Puerto Rico’s Title III bankruptcy process, the examiner should not be “rigid” in forcing deductions to invoices or filing formal objections for noncompliance with the established guidelines and standards, according to Williamson.

“The first interim fee period of any reorganization expected to be of significant length is not the place for lines in the sand or rigid application of rules and guidelines. Rather, it offers the Court, the professionals, and the public a renewed awareness of the massive costs of complex restructuring proceedings and begins the development of case-specific tools to monitor and— hopefully—control those costs appropriately under the reasonableness standard,” the report reads.

Following his initial review and deductions, Williamson recommended the court to authorize payment of roughly $49.75 million, or almost $1 million less than the original requested amount. The negotiated adjustments barely reach 2% of the initial billing. For this first billing cycle, the fee examiner has yet to approve some $26.3 million in 10 invoices submitted by Fiscal Control Board (FCB) and commonwealth government professionals.

In fact, the government only objected to one of these bills, that of Willkie Farr, which counsels Bettyna Whyte, the agent appointed by the FCB to defend the interests of Cofina’s creditors in the key dispute over who owns a large chunk of the island’s sales tax revenues. This has been the only objection raised in court by any party against any invoice.

Similar to Chapter 11 bankruptcy, PROMESA allows the compensation of “professionals,” such as consultants, financial advisers and attorneys, hired by the commonwealth government, the FCB and the official committees representing retirees and unsecured creditors. All their services are paid by the debtor, in this case, the government of Puerto Rico and four public entities currently under Title III: the Electric Power Authority (PREPA), the Sales Tax Financing Corp. (COFINA), the Highway Authority (HTA) and the Employees Retirement System (ERS).

According to the Feb. 12 version of the revised fiscal plan, the administration of Gov. Ricardo Rosselló Nevares estimated a $19 million expense in “Title III-related costs” during the current fiscal year, and a total of $300 million through fiscal 2023. What this line item includes, however, remains unclear. A request for information to the Financial Advisory & Fiscal Agency Authority (AAFAF) has not been answered.

Professionals must file their invoices in federal court every three months, as well as with the examiner, who analyzes the “reasonableness” and “necessity” of the requested fees and expenses. Confidentially, Williamson can attend and discuss with them any discrepancy or concern with any invoice, before submitting his report and final recommendation to the court.

Of the 40 applications for payment received to date, the fee examiner required changes or reviewed 30 before recommending their payment. On March 7, federal Judge Laura Taylor Swain, who presides over Puerto Rico’s Title III bankruptcy cases, will review the examiner’s report for the first period, which includes over 100,000 entries by more than 760 “professionals.”

Some 10 compensation requests remain under evaluation, corresponding to the Proskauer and O’Neill & Borges law firms, consultancy companies McKinsey & Co. and Ankura, and economist Andrew Wolfe. The report recommends postponing their discussion in court until the April 25 omnibus hearing.

Although Williamson recognizes that many of the problems encountered are typical of large bankruptcy cases such as Puerto Rico’s, it seemed evident for him the duplication of efforts by Title III professionals, as well as the large number of lawyers that are attending hearings. Yet, the examiner admits that the revisions made so far to invoices don’t include “significant deductions” in relation to duplication of work, while adding guidelines could be established so that the latter occurs as little as possible.

For Williamson, it is inevitable that some lawyers and consultants share tasks in the process, as well as the hiring of more than one law firm or consulting company, or the attendance of multiple lawyers to court hearings. But there are times when this type of expense has not been justified, he noted.

While the report states some law firms asserted it is the client’s call—in this case, the government, the FCB or the official committees—how many and which lawyers attend the judicial proceedings, the expense must always be “reasonable.”

“It is unreasonable, whether the clients or the professionals make the staffing decisions, to expect compensation for 12 attorneys from a single firm to attend an omnibus hearing at which only one or two were expected to speak,” Williamson warns.

Another concern is the difference in the rates charged per hour by these professionals. According to the report, Puerto Rico-based professionals charge an average of $245 an hour, while the figure for U.S. mainland firms is $775. One firm charges $1,425 an hour.

Although some professionals charge discounted rates in the Puerto Rico bankruptcy cases, others don’t, the examiner further notes. The report says that the examiner has recommended these professionals that they apply a discount to their rates, but warns he has no power to impose them.

“At some point in these proceedings, perhaps only at their conclusion, the Fee Examiner may ask the Court to address the disparity between similarly-situated and skilled firms in hourly rates, discounted or not. The disparate rates are too significant to ignore,” Williamson adds in his report.

There is also inexperience from certain firms with a fee review process such as the one Williamson carries out, according to the report. This includes, for example, a lack of electronic evidence to support their invoices.

On March 7, following the next omnibus hearing on the Title III cases, the examiner will hold a briefing session for lawyers, particularly those based on the island, to address any questions they may have about the fee review process.

Issues with the FCB’s lead consultant

In the case of McKinsey, the lead advisor to the FCB, the examiner is concerned about the lack of details in the hours worked and billed by the firm, which remains under contract for a monthly fixed fee of more than $2 million.

Due to the limited evidence provided by McKinsey, Williamson said he is unable to make a recommendation on the $5.12 million in fees sought by the firm as part of the first compensation period.

According to McKinsey—which Williamson calls “indispensable” to the FCB’s mission—the firm does not bill on “hours worked” and, therefore, does not keep a detailed track of the work done by its professionals. Instead, McKinsey works with “deliverables,” such as “comprehensive project analyses, budgets and fiscal plans,” according to the examiner’s report.

“While McKinsey continues to articulate the precise contours of its work, without time or expense records of any kind, it is very difficult for anyone to apply PROMESA’s standards for reasonableness,” the document adds.

Given this scenario, the examiner suggest two courses of action. First, Judge Swain could remove McKinsey from the fee-review process, and let the FCB determine the “reasonableness” of the compensation for the firm’s services. In the alternative, Williamson also proposes that the court establish a special reporting set for McKinsey that includes, at least, some detailed information on hours worked and expenses incurred.

To validate the “reasonableness” of the compensation requested, Williamson stated that he regularly meet and confer with the FCB, AAFAF and the official committees, as well as with their lawyers and advisers. He also randomly monitors some of the calls and meetings held by these professionals with their respective clients, according to the report.

After reviewing in broad strokes the explanation professionals give about the work they do, Williamson and his team analyze the supporting evidence presented by each one of them.  Thereafter, the examiner sends confidential letters to give an opportunity to address any discrepancy or concern he may have regarding certain billing.

In his report, Williamson alludes to the fact that the accelerated pace at which the bankruptcy process in Puerto Rico began, the novelty of the PROMESA law and the gaps that still exist in the interpretation of the statute complicate the fee-review process. He also points to the “massive challenges” that these professionals have faced due to time and distance, as well as in performing analyses with little or no precedent.

“While there have been municipal bankruptcies under Chapter 9, of course, the Commonwealth’s history and status as debtors are unprecedented,” the document reads.

Professionals have until March 19 to submit their invoices corresponding to the second compensation period, which covers services rendered between Oct. 1 and Jan. 31.