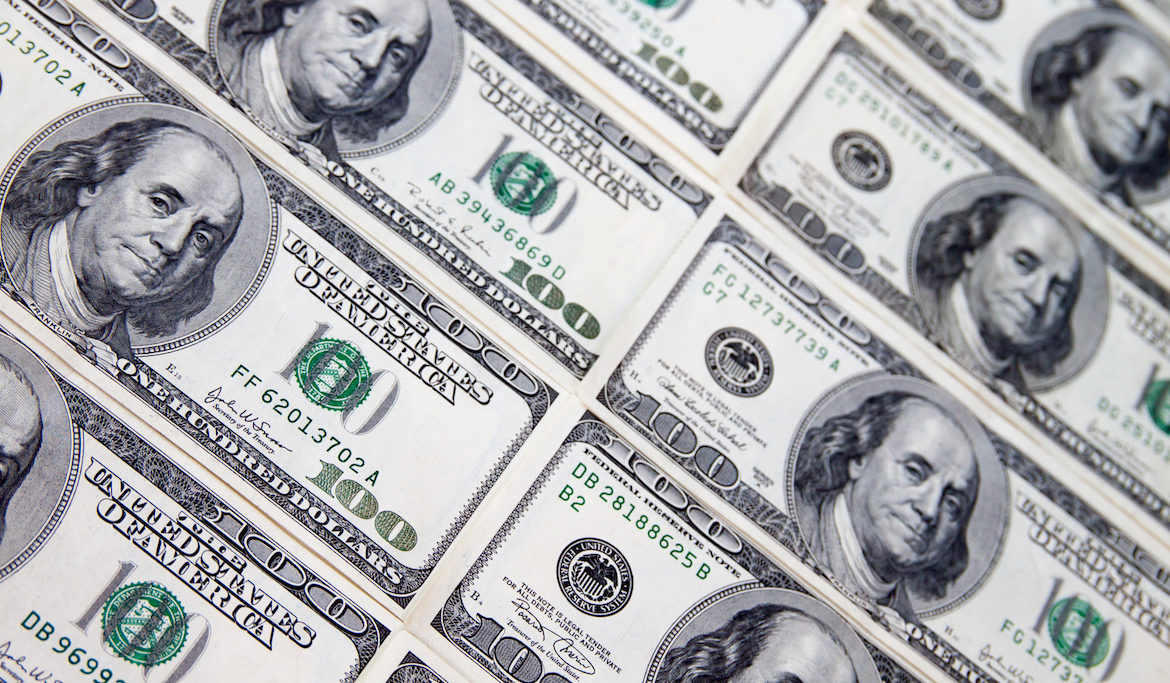 It hasn’t been a year since the beginning of Puerto Rico’s bankruptcy cases and spending on professional services already amounts to roughly $135 million, according to the most recent invoices filed in federal court.

From Oct. 1 to Jan. 31, the tab for the law firms and consulting companies that work in the five Puerto Rico bankruptcy cases under Title III of PROMESA exceeds $57 million. The sum doesn’t include some professionals that have yet to submit their invoices for the second interim period, such as attorneys for the island’s Fiscal Control Board (FCB), Proskauer Rose and O’Neill & Borges, and government consultant, Deloitte.

The new invoices add to the more than $77 million billed for the first five months of Puerto Rico’s bankruptcy process, from May 3 to Sept. 30, 2017.

The almost $135 million invoiced for only nine months eclipse the current annual budgets of local government agencies such as the Department of Natural & Environmental Resources ($49.3 million), the Tourism Company ($99 million) and the Department of Agriculture ($50.4 million), among others. It also exceeds the cost of increasing annual salaries of public teachers and police by $1,500, which is estimated to cost $60 million, according to the government.

While some agency heads make $250,000 annually, such as Education Secretary Julia Keleher or Public Safety Secretary Héctor Pesquera, an even more as newly appointed Electric Power Authority (PREPA) Director Walter Higgins, with a $450,000 annual salary, some attorneys and advisers have billed more than $1 million in only nine months. Their rates mostly go from $700 to $1,500 an hour, with most rates subject to automatic increases, depending to the terms of their respective contracts.

Take John Rapisardi, for instance, one of the lead lawyers for the Gov. Ricardo Rosselló Nevares administration who works for the law firm O’Melveny & Myers. His bill already amounts to roughly $2 million at a rate of $1,147.50 an hour. In the case of Luc A. Despins, James Bliss and Alex Bongartz, three lawyers with the law firm Paul Hastings, which represents the unsecured creditors committee, they have billed so far $1.5 million, $1.7 million and $1.4 million, respectively.

There’s no doubt about it: the spending in nine months of the bankruptcy of Puerto Rico is excessive and so has been recognized by Judge Laura Taylor Swain, who presides the Title III cases, the commonwealth government, the FCB and congressional figures such as Rep. Rob Bishop (R-Utah). It is knocking on the door of Detroit’s bankruptcy case in 2012, which lasted almost a year and a half. The restructuring of the Motor City’s debt—the most expensive to date in the U.S. municipal bond market—totaled about $180 million in similar expenses during its bankruptcy process under Chapter 9.

In addition to their compensation, expenses incurred by these professionals are reimbursable as long as they are “reasonable and necessary,” according to Brady Williamson, the court-appointed fee examiner. This includes airplane and train tickets when the trip is related to the Title III cases.

Following the first billing period, Williamson set as a guideline that reimbursement for air and train tickets should not exceed the cheapest refundable coach rate at the time of reservation. Yet, spending in air and train fares largely depends on where they are traveling from and when the tickets are purchased.

Most lawyers and advisers travel from New York, Chicago, Washington, D.C., Philadelphia and Boston. Despite the number of commercial routes between these U.S. cities and Puerto Rico, billed air fares from these places sometimes exceed $1,000 per round trip.

Other Title III professionals come from more distant places. That is the case of Andrea Grunwald of FTI Consulting, a financial firm retained by the committee that represents retirees in Puerto Rico’s bankruptcy cases.

Grunwald works from London. She traveled in September 2017 to New York to participate in a mediation session between creditors, the government and the FCB. The ticket cost $5,940.50. Then, in November, Grunwald returned to the Big Apple and this time the ticket was $10,104.88. In early February, Grunwald traveled from London to Puerto Rico to meet with her clients and her return was to Budapest, for $5,287.72. According to the FTI invoice, the firm reduced its expenses to the equivalent of the cheapest coach class rate at the time to comply with the guidelines established by Williamson.

Another example is that of Kenneth Klee, founding member of Klee, Tuchin, Bogdanoff & Stern. The law firm counsels Bettina Whyte, who represents the interests of Cofina creditors in the battle of who owns a big chunk of the island’s sales tax revenue.

Klee lives in Los Angeles. That’s where he travels from, and sometimes his wife accompanies him, according to the invoices submitted by the law firm. He travels in first class and pays for his wife’s expenses, he bills for the cheapest refundable coach rate. At the end of October, this ticket was $1,587 one way to New York. At the end of November, he billed $3,721.51 for the same trip. A hotel night in New York on Nov. 28? At $1,122.31 at the Ritz Carlton Hotel in Central Park.

In the case of Todd Filsinger, PREPA’s lead restructuring adviser, he lives in Denver. Along with other members of his team, the firm billed more than $41,000 in air tickets in only two months of work, mostly to and from that city in Colorado.

The FCB understands that although it is the only representative of the commonwealth in its bankruptcy cases, as established by Title III of PROMESA, the fact that the government has also retained its own lawyers and advisers is one of the main reasons for the excessive spending on professional services. In a letter sent to the governor on March 12, the FCB urged the government to cooperate and coordinate efforts among their respective professionals to avoid duplicating work and thus control spending on Title III lawyers and advisers.

“We have had to defend the interests of Puerto Rico, which are not necessarily those of the Board,” said Public Affairs Secretary Ramón Rosario in a written statement. “We understand that the Board must apply the same austerity measures it is requesting to the government. […] They [the FCB] have lawyers who charge twice as much as they charge the government and some who bill almost $1,500 an hour,” he added, and then clarified that he was referring to Proskauer Rose, lead counsel for the FCB.

But the CPI verified that Proskauer Rose charges a flat rate of $730 an hour for all of its attorneys who work in the Puerto Rico bankruptcy cases, while the government’s main law firm, O’Melveny & Myers, bills up to $1,147.50 an hour.

Williamson, the fee examiner, sent a memo on Nov. 10 to all Title III professionals with “guidelines” to bill the bankrupt commonwealth government for their work. For example, he set a limit on the reimbursement for hotel nights, $300 a night if it is in Puerto Rico and $500 in New York or Washington. Similar caps were established for meals—$20 per day if it is in the office and $40 outside—and in photocopies—$0.10 for black and white, and $0.50 for color.

Internet charges while on an airplane, parking at airports during their Title III-related trips and even the $5 charge for canceling an Uber ride are examples of other expenses for which these professionals are requesting reimbursement from the Puerto Rico government.

They also bill half of their hourly rates—that is, thousands of dollars in some cases—for “non-working travel time,” or the time they spent traveling for something related to their clients even if they are not working. In the last billing period, this item totals more than $220,000.

If lawyers and advisers work late at the office, or past 9 p.m., the Puerto Rico government pays for their transportation to their homes, be it taxi, train or Uber, or the mileage registered in their personal vehicles.

It is good to be an associate lawyer in these law firms. Lawyers who passed the bar less than eight years ago invoice from $400 an hour to almost $1,000 in some cases. What some of these associate lawyers have earned in four months under Title III—six-figure amounts— sometimes surpasses what some partners in these law firms have done. Such is the case of the firm Willkie Farr & Gallagher, where two associates billed more than the firm’s partner who worked the most hours in the Puerto Rico Title III case during the second billing period. Law firms such as Paul Hastings, O’Melveny and Willkie Farr have had a dozen associates, each one, billing more than $100,000 in a five-month period.

On Dec. 1, Gov. Rosselló Nevares appointed Todd Filsinger as the chief financial adviser to the power utility PREPA, the same position held by Lisa Donahue of AlixPartners under the past administration of former Gov. Alejandro García Padilla.

In only two months, Filsinger Partners invoiced more than $2.5 million for its work in PREPA’s bankruptcy process under Title III.

Puerto Rico taxpayers pay for Filsinger’s director & officer (D&O) insurance policy, the firm’s invoice shows. The policy, which is usually paid for by any firm of its type, cost $33,924 for the month of December and $43,100 in January, after adding more coverage.

The fee examiner’s guidelines state that, in general, administrative expenses—including insurance policies—are not reimbursable as part of the Title III compensation process.

A D&O insurance seeks to protect directors and officers against any liability that may arise as a result of their work. This type of policy would cover, for example, any expenses in legal representation that Filsinger could incur if he is sued in its role as PREPA’s chief restructuring officer.

In the fiscal plan released by the Rosselló administration on Jan. 24, “Title III expenses” were estimated at $119 million for the current fiscal year alone. In five years, the plan projected up to $800 million in related expenditure.

Then, in the revised plan released on Feb. 12, the same line item for the fiscal year ending June 30 reflected only $19 million, or $100 million less than the Jan. 24 version. The Feb. 12 version projected $300 million in Title III expenses over a six-year timeframe.

Iván Caraballo, a spokesperson for the Puerto Rico Fiscal Agency and Financial Advisory Authority (AAFAF), told the CIJ that the most recent fiscal plan would detail the expense projections on Title III lawyers and consultants. But this was not the case. The version published just before midnight on March 23, no longer includes “Title III expenses” on its projections.

In a later conversation, Caraballo admitted that the document left out this detail and argued that the government has yet to come up with a final estimate for Title III expenses. The AAFAF spokesperson further said that the line item includes the legal expenses incurred by the commonwealth government, the FCB and the two official committees, which represent retirees and unsecured creditors.

The CIJ asked AAFAF to provide the government’s most recent estimate for Title III expenses, but as of this writing, the commonwealth’s fiscal agent didn’t respond the petition.

It remains uncertain the budget line against which these expenses are charged. AAFAF has a $90 million budget for the current fiscal year, the FCB has $60 million and other entities in bankruptcy proceedings, such as PREPA, Highways & Transportation Authority and the Employees Retirement System, have their own budgets that may aim to cover part of the expenses related to Title III.