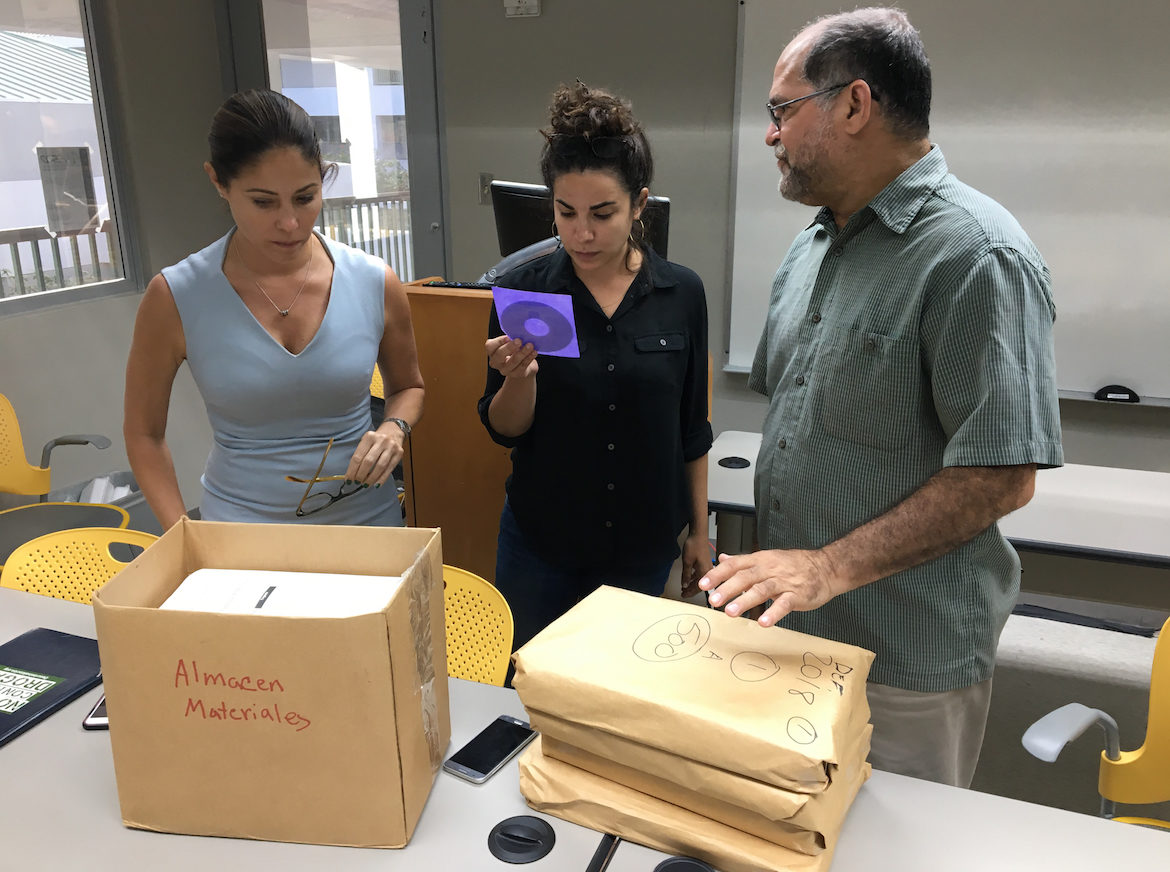 From left to right: Omaya Sosa Pascual and Laura Moscoso, journalists from the CPI, and Rafael Rodríguez Rivera, CPI's lawyer receiving the information on Tuesday, June 12.

After conducting an exhaustive inventory of several thousand digital and printed documents, the Center for Investigative Journalism (CPI) certified Wednesday night through a compliance order submitted to the court that it received only part of the information requested to the government of Puerto Rico about deaths on the island after Hurricane María.

A database showing causes of death was received via CD as an Excel file, with information from September 18, 2017 to June 11, 2018. However, the database did not indicate what percent of deaths per month were already entered. The CPI has made the database publicly available for direct download.

The CPI also noted that this database, which contains 22,985 entries, listed all the deaths that occurred in Puerto Rico from September 18, 2017 to June 11, 2017. In other words, it is not just about the deaths related to Hurricane María.

“Now the work starts to corroborate, analyze and and review interviews from journalists, scientists and academics to identify the mechanisms that allow us to relate some of these deaths to the hurricane. This investigative work is just beginning, nine months late, and we do not know how long it can take, because the information delivered is still incomplete,” said Carla Minet, the CPI’s executive director.

Permits done manually are still missing. Through coordination with RD officials, these permits will be delivered once officials examine the notebooks that keep track of these permits. According to the CPI’s calculations of the CPI, a substantial delivery of burial and cremation permits has yet to made.

Regarding access to the notebooks which record the manual permits granted to each funeral home and cremation house registered with the RD, an agreement was reached for the CPI to visit the RD’s central office and establish a copying process, since the task is not staff-dependent, according to legal representation. These notebooks have all the manual permits, which is the majority of all permits in Puerto Rico. For the CPI visits to the RD’s office, the copying of those burial and cremation permits will be coordinated.

“The Center for Investigative Journalism (CPI), ever since the passing of Hurricane María, has taken on the task of defending the people’s right to be informed, maintaining awareness of the impact on the lives of thousands of people who suffered and cried for the loss of their relatives. Today, it reaffirms its commitment to keep the people informed,” the compliance order to the court said.

The CPI also clarified that during the document delivery process, it refused to sign a confidentiality agreement that the government presented.

“This information is not sensitive or confidential,” Carla Minet noted. “The court established that it is public in nature and that the state does not have a compelling interest to justify denying access to it.”