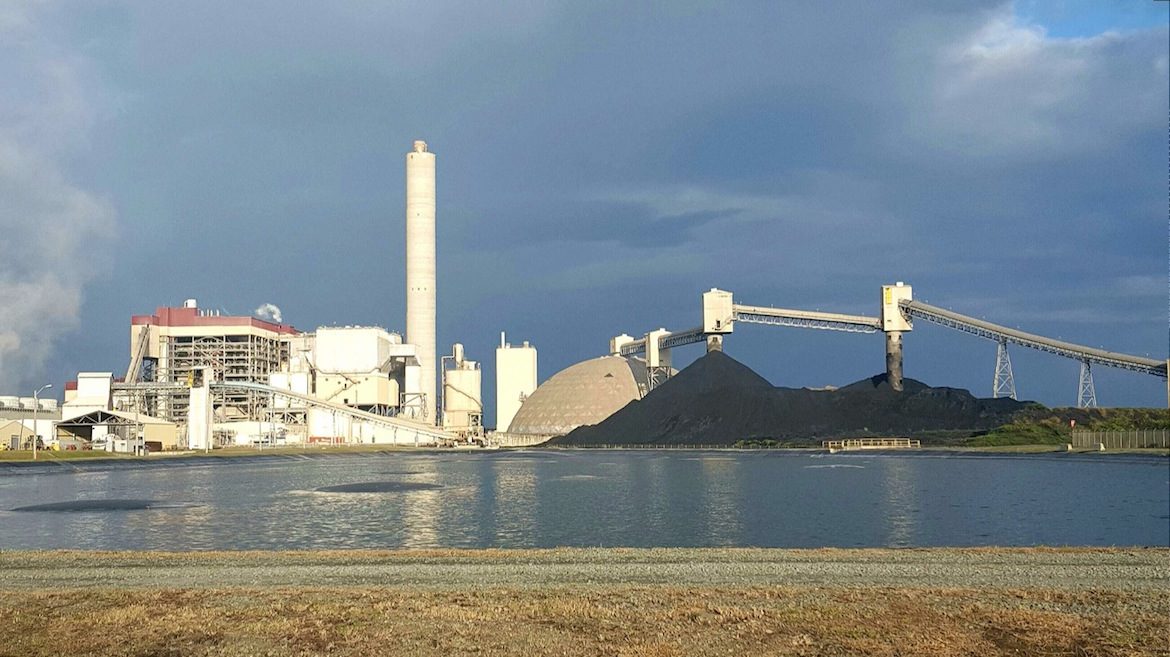 At the request of carbon-powered AES Puerto Rico and Utility Solid Waste Activities Group (USWAG), the new head of the Environmental Protection Agency (EPA) Andrew Wheeler, authorized states and territories to suspend groundwater monitoring carried out in landfills and ash ponds, and ordered that the permitted levels of lead, cobalt, lithium and molybdenum be raised in those aquifers.

Wheeler’s first reform will go into effect in a month and it will have the effect of hiding critical information from nearby communities, as well as allowing those who produce this waste to not have to respond for the pollution caused.

The USWAG is an influential conglomerate of U.S. utilities that intervenes with its lobbyists on public policy issues on solid and hazardous waste. AES Corporation, parent company of the Puerto Rico coal energy company, is also a member of that association.

Wheeler added that the claims made last year by the USWAG and AES Puerto Rico deserved to be addressed “in the public interest” and accepted by the federal agency, because their implementation will result in net savings of up to $31.4 million per year for owners and operators of electric coal plants.

In addition, because they ensure that “human health and the environment are protected,” the federal official said in a press release. However, nowhere in it, nor in the 82 pages of EPA’s new decree outlines how they will achieve that goal.

The changes are announced just as a new avalanche of laboratory results confirms that in almost all EPA regions ash deposits are releasing radiation and toxic elements to the subsoil. The first findings were revealed last March.

In the directive, Wheeler also orders that the life of the polluting ash impoundments — which were due to close in April 2019 — be extended until October 2020 and authorized state officials to certify that the existing deposits meet “adequate” environmental standards, instead of certified professional engineers as established by the original regulations.

In Puerto Rico, the EPA may delegate this power to the Environmental Quality Board (JCA, for its initials in Spanish,) an agency that has treated AES with silk gloves.

In September 2017, the entity unsuccessfully ordered that AES cover the 400,000 tons of coal ash piled outside its industrial headquarters in Guayama, after public pressure due to the potential impact of Hurricanes Irma and Maria .

Between 2004 and 2011, the JCA also endorsed that more than 2 million tons of ashes be discarded in 12 island municipalities, without a barrier or material that would prevent the transfer of their contaminants to the soil or bodies of water. Among the most dangerous were heavy metals such as arsenic, hexavalent chromium, cadmium and mercury.

If ingested, these toxins increase the risk of cancer, heart disease and stroke, in addition to inflicting permanent brain damage to infants, the Physicians for Social Responsibility, a research organization on the subject, has reiterated.

Studies paid for by AES Puerto Rico have shown that its mountain of ashes is releasing some of these elements to the groundwater and that this contamination migrate to other places.

Among the claims that AES raised for the EPA to dismantle the current standard for handling ashes, its legal representative Samuel B. Boxerman emphasized the “economic burden” that these regulations represent for the company.

“These charges include groundwater monitoring and corrective action requirements,” the lawyer stressed in a petition sent to the agency on May 31, 2017.

At the time, the Puerto Rico Legislature entered the critical stage of the discussion of Senate Bill 81 that tried unsuccessfully to prohibit the handling and disposal of coal ash on the island.

In his letter, Boxerman also asked the EPA not to declare the 400,000 tons of ash that AES keeps piled up in the Jobos de Guayama neighborhood as a landfill. “The regulation imposes costly, unnecessary and arbitrary burdens on on-site’ storage, because it defines a ‘coal combustion residuals pile (RCC)’ as an ‘RCC landfill’ and, therefore, is subject to onerous regulatory requirements.”

It also demands that the agency “take immediate action ” to postpone the requirement of preventive security measures and, consequently, the publication of its results. “An extension would ensure that the regulated community (of coal power plants) does not expend limited resources on elements of the RCC Rule,” he added.

In its request to the EPA, however, Boxerman omits that in 2017 alone, AES Corp. reported a consolidated net income of $2.4 billion.

Likewise, Boxerman does not mention that groundwater monitoring carried out in the industrial sites of AES in Puerto Rico and the United States has already revealed a deep contamination of soils and aquifers with radiation and heavy metals.

In Guayama, for example, the second round of tests done by DNA Environmental confirmed “statistically significant increases” in all the items studied, information that Carmen Guerrero-Pérez, director of the EPA’s Environmental Protection Division in the Caribbean, confirmed to La Perla del Sur and the Center for Investigative Journalism. Among the elements that DNA examined were boron, chloride and dissolved solids.

Meanwhile, at the AES plants located in the states of Indiana and Oklahoma, the contamination findings were even more worrisome. Just in the subsoil of IPL Harding Street’s coal fired plant in Indianapolis alone there were arsenic levels 45 times higher than the maximum permitted by the Safe Drinking Water Act (SDWA.)

Harding Street borders the White River and is located in a densely populated area in that city. The population of Indianapolis reached 860,000 inhabitants in 2017.

“Decades of regulatory inaction have left Indiana with a toxic legacy of coal ash so severe that hazardous levels of arsenic, lead, boron and radiation, among other pollutants, have been detected in groundwater in 15 locations along the White, Wabash, Kankakee, Ohio and Lake Michigan rivers,” Tim Maloney, senior director of the Hoosier Environmental Council explained in a telephone interview.

“That includes the three AES plants in Indiana, where the federal drinking water standards and health guidelines have been exceeded,” he continued. “Reversing the federal standards that the EPA adopted in 2015 is a negligence of the agency and will result in this pollution remaining in place, for many years to come,” Maloney added.

Two experts in the analysis of coal ash warned that if the EPA alters the rules to allow higher levels of lead and molybdenum in aquifers, it will endanger the health of millions of people who, without knowing it, could ingest water from wells contaminated with this toxic residue.

“The (new) standard of 100 parts per billion for molybdenum is 2.5 times higher than the level of health recommended by the EPA itself ” said Lisa Evans a lawyer with more than 25 years of experience in environmental litigation and adviser to Earthjustice, an environmental law organization with a long history in the United States.

“And more troubling, EPA set the lead level at 15 parts per billion, which is three times less protective than the standard 5 parts per billion set by the U.S. Food and Drug Administration (FDA) for bottled water, and 15 times higher than the level of 1 part per billion recommended in 2016 by the American Academy of Pediatrics.”

“The EPA should have adopted the highest standards of health protection, but missed the opportunity to establish a lead level that reflects the current state of the science and that truly protects people,” Evans added.

Chemist Osvaldo Rosario-López went further, establishing that the sum of these substances has a “multiplier effect” that dramatically raises risks and dangers.

“It is already scientifically proven that exposure to mixtures of harmful substances exposes us to greater risks and that is something that the EPA did not consider when changing the maximum limits of contaminants in water, not to mention that lead and molybdenum are very harmful and carcinogenic substances on their own,” he said.

“The previous limits are the result of many years of study, of a lot of data corroborated by different sources and researchers,” he continued. “But we are seeing how they want to modify the standards to adapt to them (coal companies.) And it’s curious that it is happening now, when it’s already evident that contamination from these ashes is reaching the aquifers,” the FDA advisor further said.

“They rewrite the law to accommodate their situation. That’s what they’re doing, something shameless,” Rosario-López said. “Instead of an agency being vigilant of people’s health, they choose to modify the laws so that a rapist is in compliance with them.”

From coal lobbyist to EPA leader

Wheeler was sworn in as deputy administrator of the EPA last April and promoted to the position of acting administrator on July 9, following the resignation of his predecessor, Edward Scott Pruitt.

Between 1995 and 2009, he was one of the main advisors to Republican Senator Jim Inhofe, a confessed opponent of the climate change thesis with whom he pushed legislation to overthrow federal regulations on greenhouse gas emissions.

In 2009, Wheeler joined law firm Faegre Baker Daniels to lobby for Murray Energy, one of the largest coal miners in the United States and a company owned by President Donald Trump’s prominent taxpayer, Robert E. Murray.

Murray paid the firm $ 300,000 or more annually between 2009 and 2017 for lobbying efforts, according to records from the Center for Responsive Politics. Two months after Trump took office, Wheeler organized a meeting with the secretary of the U.S. Department of Energy, Rick Perry, where Murray presented him with an “action plan” for federal agencies to systematically favor the coal industry.

As The New York Times reported, Murray and his lobbyists made the same request to Vice President Mike Pence in March 2017, and since then, the White House and federal agencies have complied with most of their 16 requests.

“I worked for a coal company and I’m not ashamed of the work I did for them,” Wheeler said in his arrival message to EPA employees, as reported by the C-Span network.

More changes on the way

The EPA has announced that it will submit a second round of changes to the Coal Combustion Residuals Rule (CCR Rule) on or before September 2018 and that they will be implemented at the latest, by December 2019.

Among other issues, the federal agency said it will re-evaluate whether a pile of coal ash should be considered a landfill or a deposit of material for beneficial use something that AES Puerto Rico and its lawyer Samuel Boxerman claimed in writing to the EPA last year.