HUD Spokesman Darryl Madden told the Center for Investigative Journalism (CPI, for its initials in Spanish) that he could not offer more details because the process has just begun.

Housing Department Spokeswoman Leticia Jover, said so far, “about $1 billion in CDBG-DR funds have been alloted and they are in the competitive process,” or requests for proposals (RFP). No disbursements of CDBG-DR funds have been made yet for the different programs established in the Action Plan, she said. Jover did not provide details about who is participating in the RFP process because “the information is confidential.”

There are 17 RFPs published on the Puerto Rico Housing Department’s website. The first is a RFP to handle public relations. The RFP’s summary establishes that the Housing Department is “seeking that qualified public relations firms/professionals to assist with the design, development and implementation of campaigns to promote the CDBG-DR’s initiative and mission.” Other RFPs listed are for the development and maintenance of a web page and the acquisitions of laptops with accessories for a “Call Center Operation.”

According to Jover, other contracts — such as the one for Foundation for Puerto Rico (FPR) to manage the Community Resiliency Planning Program — were awarded but have not received funding. In the FPR’s case, the entity will receive the funds as reimbursements, she said.

When questioned about what specifically is being audited by the OIG if no funds have been disbursed, Gil-Enseñat said the process is a “capacity review,” without explaining the details.

In HUD OIG’s web page, capacity review refers to the evaluation of the agency’s competence to manage CDBG-DR funds according to the applicable rules and requirements. CDBG-DR funds are meant to address needs related to housing, economic development and infrastructure in places affected by disasters.

“It is customary and normal. In fact, we’re ordinarily audited by the OIG and HUD, among others,” said Gil-Enseñat.

He noted that CDBG funds were transferred to his agency “because of our experience, capacity and positive track record in the management of HUD funds.”

The U.S. Government Accountability Office (GAO) published a report this week establishing that the use of CDBG-DR funds granted to Puerto Rico, Florida, Texas and the U.S. Virgin Islands has been slow and is still in the planning stages.

The report emphasizes that more than a year after the funds were allocated, most of the money remains unused, as in the case of Puerto Rico and the USVI.

Daniel García-Díaz, director of the GAO’s financial markets and community investments, noted that there is an underlying problem in the way the CDBG-DR programs works, because they are always delayed in reaching the people that need them “partly because local governments have to create new programs to distribute those funds.”

However, he said the responsibility to establish and implement the programs for the use of CDBG-DR funds and guarantee that the money is used for the established purpose is shared by HUD and the states or territories. He emphasized the importance of money reaching the people who need it, specifically the people that did not receive other help because they did not qualify, for example federal loans, because of insufficient income.

García-Díaz said a risk associated with the slow spending of funds is the possible questioning of their need by Congress, which in his opinion should not occur because “everyone knows the need in Puerto Rico.”

The GAO report recommends legislation for the CDBG-DR program because “every time there is a disaster, the program starts from square one all over again.” The official added that the CDBG-DR program does not have permanent regulations, which makes it difficult for the process to be fast.

“HUD cannot establish permanent regulations as other programs do. They have to start over and every time, see what Congress said this time (every time a disaster happens), what the new requirements are, and then they have to issue a notification for all governments… It’s not a regular program,” he said.

As to HUD the report suggests improvement in the way in which they evaluate the documents submitted by states or territories related to the CDBG-DR program. Furthermore, during the evaluation, they found that there is no plan to monitor the different states and the terms for their CDBG-DR programs, and that they have no idea about how many employees are needed for the task.

“That’s one of the things that worried us looking at Puerto Rico, they too (the PR Department of Housing) needs more employees to administer that program. They have only around 20% of the employees they need. And on top of that they need help from contractors that they do not have have. They have a big task ahead to find those employees,” he warned.

The situation is complicated for Puerto Rico, he said, because Florida and Texas are also looking for specialized personnel for the same tasks, which puts the island in a kind of competition, compounded with the need for Spanish-speaking professionals.

The GAO report comes as a request made by Congress in response to the delay in establishing the programs for the use of CDBG-DR funds.

Regarding the audit that the HUD’s OIG office has begun into CDBG funds assigned to Puerto Rico, which consists of a “capacity review,” García-Díaz explained that it is a routine process also done in Florida and Texas. Through the “capacity review,” an analysis is done as to whether the Housing Department has the necessary employees and administrative control to manage the program. It also evaluates the agency´s resources and technical systems in order to comply with regulations, he said.

Puerto Rico´s Housing Secretary testified Tuesday before the U.S. House of Representatives Committee on Financial Services Subcommittee on Oversight and Investigations to talk about the island´s recovery after Irma and María.

He recommended the speeding of the CBDG-DR fund disbursement process and the standardization of hiring guidelines, and pre-approved housing programs for immediate repair while creating, reviewing and approving action plans. In addition, he recommended the coordination of data in real time through a shared database between FEMA, SBA (Small Business Administration), HUD and contractors, sharing addresses, demographic information and housing types.

He also proposed to standardize FEMA’s and the SBA’s damage inspection processes through a comprehensive consolidated assessment of total damage using the standards of the CDBG-DR and SBA programs, which provide a more complete assessment of the total damage to the home.

“The enactment of a long-term regulatory framework for CDBG-Dr is a good thing. However, it should be built to ease the pace and efficiency of recovery by grantees, not hamstring it,” Gil-Enseñat said in his testimony to Congress.

During the hearing, HUD’s OIG confirmed it will investigate, at the request of Congress, the possible intervention of the White House in the delay in granting recovery funds for Puerto Rico, as reported by The Washington Post.

“We are in the process of looking into whether there has been any interference and do plan to report back to Congress on what we find‚” said Jeremy Kirkland, attorney for the HUD’s OIG.

This investigation stems from an alleged intervention by President Donald Trump in the recovery funds for the island and his private statements that he will not support any allocation in excess of $600 million in emergency food funds.

The delay in the use of federal recovery funds is a concern for the executive director of the Center for Puerto Rican Studies at Hunter College in New York, Edwin Meléndez, who warn that the island has a problem of “implementation of economic recovery.”

However, his opinion points to a local problem in the use of funds. “You have to spend what you are given (assigned), if you don’t spend it, you can’t ask for more,” he said during the Social Entrepreneurship and Reconstruction II conference that took place Mar. 22-23 on the island.

The long journey of the CDBG-DR funds

In July 2018, the management of CDBG funds — previously done by the Office of Socioeconomic and Community Development (ODSEC, for its initials in Spanish) — was transferred by law to the PR Housing Department “because of the close relationship” between the local and U.S. Housing departments, according to Gil-Enseñat

On March 1, HUD announced the approval of the Action Plan -with amendments- for the use of $8.2 billion in CDBG-DR funds in Puerto Rico. HUD warned that the approval carries strict fiscal controls given the concern related to fiscal irregularities in the past. This scrutiny will include intense monitoring of expenditures to ensure that the island’s government uses the funds prudently and in accordance with the law, according to HUD.

“This is an unprecedented investment and since Puerto Rico has a history of fiscal malfeasance, we are putting additional financial controls in place to ensure this disaster recovery money is spent properly,” said Secretary Carson in a press release announcing the approval of the Action Plan submitted by the local Housing Department.

HUD approved the original Action Plan for the use of $1.5 billion in CDBG-DR funds on June 30, 2018, but the money was not disbursed until seven months later.

In February 2018, HUD granted $1.5 billion for Puerto Rico’s recovery, and then the following April it added another $18.5 billion, for a total of $20 billion. Of this money, a disbursement of $1.5 billion has been received plus another one amounting $8.2 billion, almost half of the money assigned a year ago. 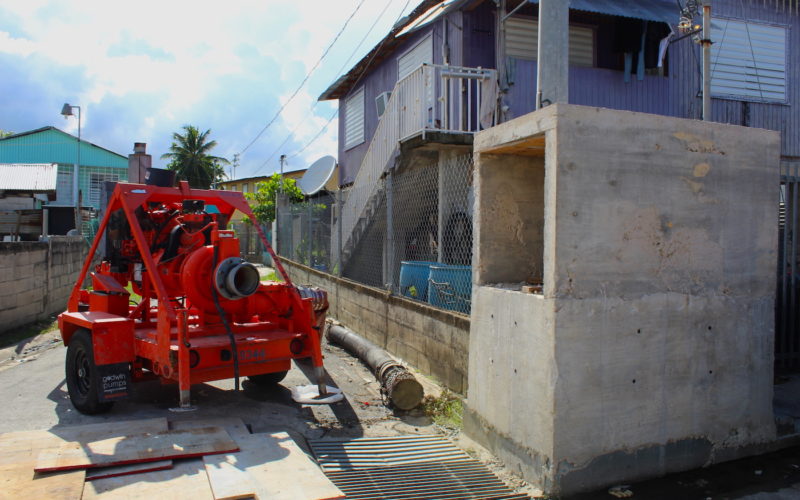 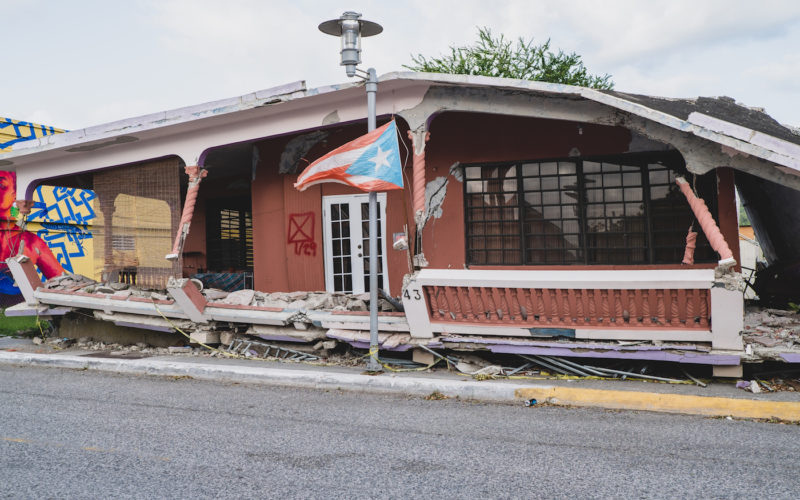 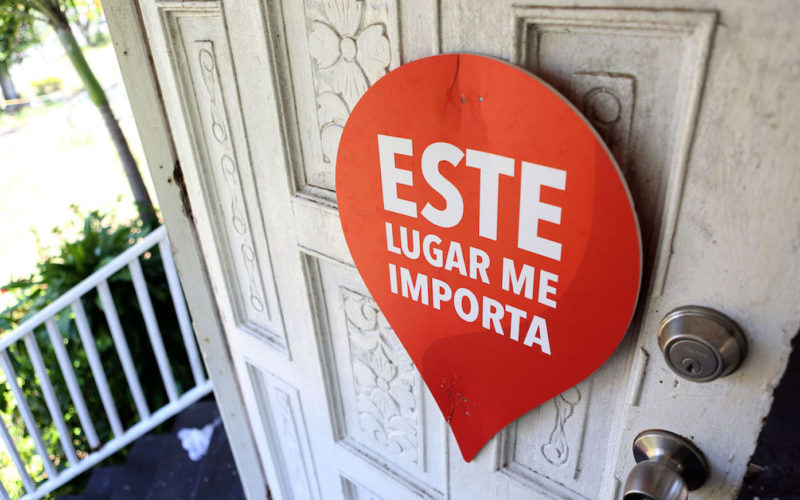 Recurrent Trauma: The effects of Climate Change on Mental Health in Puerto Rico