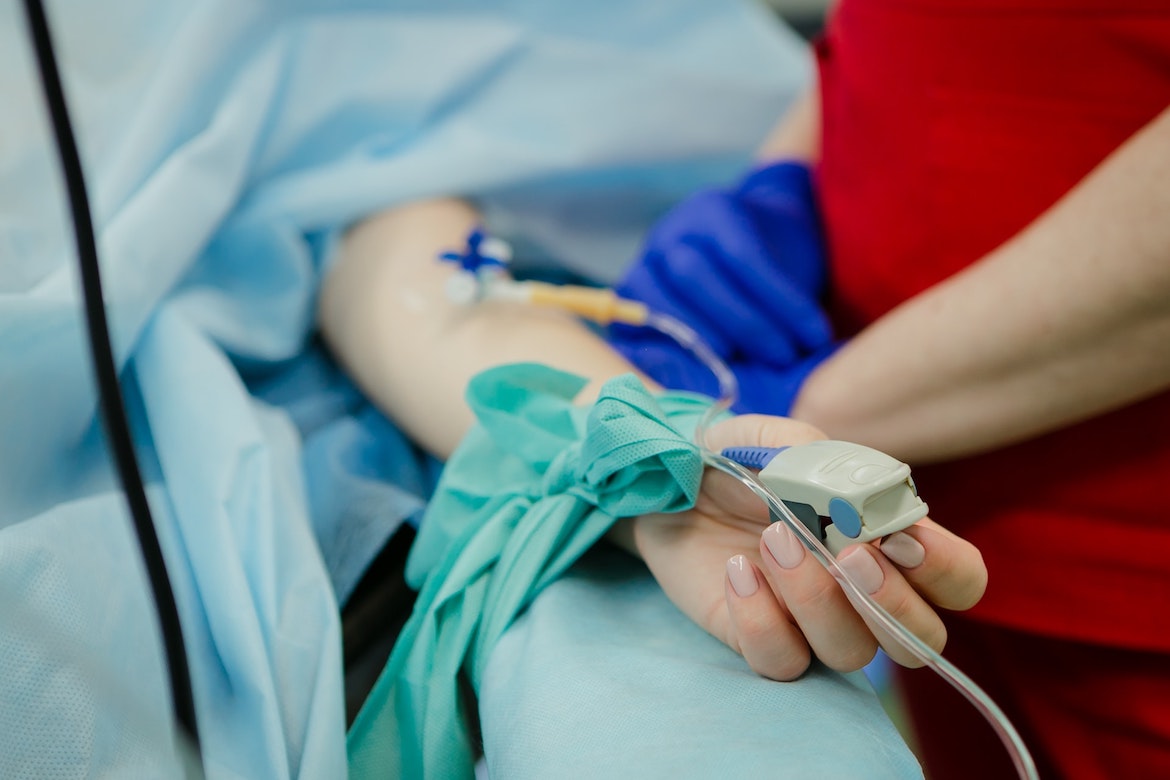 Photo by Olga Kononenko on Unsplash

The ventilators available in Puerto Rico, which are not exclusively for COVID-19 patients, would not be sufficient to care for the 15,800 to 20,250 critically ill patients who could   require their use to save their lives, according to projections by the COVID-19 Task Force about people who may   contract the virus for as long as the epidemic lasts on the island, and data from the World Health Organization (WHO).

Between public and private hospitals, there are only 880 ventilators available in Puerto Rico, and as the spread of the novel disease continues, worldwide demand for this equipment is also on the rise.

The COVID-19 Task Force projected that between 316,000 to 405,000 people could become ill with COVID-19. Puerto Rico has a population of 3.7 million. This data, presented last Tuesday, comes   from tests done   locally   and based on the experience in other countries such as China and Italy .

The WHO says 80% of infected people will be asymptomatic or have mild symptoms, which according to Task Force projections, translates into 252,800 and 324,000 persons in Puerto Rico.

Twenty percent of those infected will have stronger symptoms: of these, 15% will require hospitalization and 5% will need a ventilator.

Applying these calculations to Puerto Rico following the Task Force’s projections implies that between 47,400 and 60,750 people would require hospitalization. There would be between 15,800 and 20,250 people who would need ventilators while the epidemic lasts.

This equation based on the WHO data has been validated by several experts, among them Epidemiologist Cruz María Nazario, Dr. Juan Carlos Reyes, director of the School of Epidemiology and Biostatistics of the School of Public Health of the University of Puerto Rico’s Medical Sciences Campus (RCM, in Spanish) and member of the government Task Force, and Dr. Daphne Delgado, president of the Puerto Rican Pneumology Society.

Dr. Jorge Santana-Bagur, an infectious disease specialist who is also a member of the Task Force, acknowledged to the Center for Investigative Journalism (CPI, in Spanish) that Puerto Rico does not have enough ventilators “for so many people.”

“This virus is capable of doing quite significant damage to the lungs, and that takes time to regenerate, and many times the person can be on a ventilator for three to four weeks,” said Santana-Bagur.

In Puerto Rico there is an inventory of 880 ventilators, of which 330 are in constant use for patients with other conditions. That leaves only 500 to 550 available per day for patients with COVID-19 or other diseases, according to Health Department data.

The numbers revealed by the government on the purchase of ventilator equipment vary each time they are   asked. On Mar. 19, the Governor announced at a press conference that she ordered the procurement of 120 ventilators, at a cost of $2.8 million. Later this week, the RCM told the CPI that the Government ordered the purchase of another 1,000 ventilators, based on a Task Force recommendation. In addition, they asked FEMA for funds to buy another 2,500 ventilators, said Ángel Hoyos, communications officer for the Task Force.

Two CPI sources said the Health Department had completed the purchase of less   than 300 ventilators that would arrive between April and June. However, on Thursday, after announcing that the Emergency Management Bureau would take control of the equipment procurement process, Task Force Director Dr. Segundo Rodríguez said the Government had already ordered more than 3,000 ventilators through the Health Department.

Dr. Rodríguez could not specify when these machines will get to   Puerto Rico and said more would be purchased if necessary. Dr. Rodríguez said the island needs more than 3,000 ventilators to deal with the situation.

“There won’t be new ventilators arriving; production is limited. Puerto Rico will not be among the first places   where these supplies will be sent, because right now in terms of emergency , New York is the first state outpacing Washington and California, which were the first states affected by the coronavirus,” warned Delgado, a pulmonologist.

U.S. mainland hospitals have 150,000 ventilators available and another 12,700 that are used to manage regular   emergencies, but there is a possibility of a shortage of these machines as cases continue to increase in places   like New York. These equipment manufacturers, both in the United States and in Europe, confirmed they could not accelerate production .

In late March, the U.S. Food and Drug Administration (FDA)   authorized manufacturers of medical equipment, such as ventilators, to use different products and suppliers to produce them. This emergency authorization also includes allowing car companies to manufacture ventilators. Hospitals and other healthcare providers can also modify their machines to make them into ventilators. The FDA is also allowing hospitals to use their ventilators even if they have expired. Recently, it was announced that automaker Ford, in conjunction with 3M and General Electric Healthcare, will be manufacturing ventilators to meet demand.

In the past three months, the Health Department purchased 31 ventilators, 11 through the Bureau of Biosafety and 20 through the Medical Services Administration (ASEM, in Spanish) the agency said. It’s not clear yet how many ventilators will be used exclusively for coronavirus patients. The Governor said at a press conference that there are 20 ventilators available in the isolation rooms of the Ramón Ruiz-Arnau University Hospital (HURRA, in Spanish), recently designated as the main hospital to handle critical COVID-19 cases.

Two sources told the CPI that while it already has new ventilators, HURRA still lacks essential equipment for its isolation rooms, such as telemetry machines to measure heart rates and oximetry equipment.

Infectology specialist Santana-Bagur admitted “we’re competing with the rest of the world, which has the same problem, and they’re short on masks, gloves, gowns, fans.”

Ventilators are crucial to treat coronavirus patients who have difficulty breathing. Its use is vital to keep these patients alive. Given the shortage of health resources, countries like Italy have left it up to doctors to decide who lives or who dies. They have decided not to intubate older patients.

The state of Alabama has a plan to decide who gets ventilators, in which patients with metastatic cancer, HIV, severe mental retardation, among others, would be deprived of this equipment if a mass respiratory emergency occurs. They would even be disconnecting patients who depend on ventilators so that others can use them. The state has 1,344 ventilators, of which there are only 800 available on a daily basis.

Delgado urged that early diagnoses be made, running testing and that asymptomatic patients be screened to prevent spread. There are 79 confirmed cases of coronavirus at present in Puerto Rico, and three people have died. Initially two cases of contagion were reported on the island who had no travel history, but the Health Department was unable to specify what other cases, if any, have been community infections.

The Health Department’s COVID-19 Preparedness and Response Plan drafted in March only mentions the acquisition of personal protective equipment, medications, vaccines and ventilators as a disease readiness measure. It does not specify how many are needed or available , or where would they be distributed.

How many isolation rooms does Puerto Rico have?

The number of isolation rooms available in Puerto Rico also varies depending on who you ask . They would be needed only for the most severe COVID-19 patients.

There are 382 isolation rooms among public and private hospitals, but the number of rooms available is already less because a number of them are used by patients who need isolation due to other medical conditions, Jaime Plá, president of the Puerto Rico Hospitals Association, explained.

Meanwhile, the Governor said there are “about 200 beds available” in private hospitals for patients who need isolation.

The Health Department says there are 329 isolation rooms in private hospitals and 75 in public facilities, for a total of 404 rooms.

In addition to the HURRA, which has 23 isolation rooms, the government will be using the Comprehensive Cancer Center to attend critically ill patients, Vázquez-Garced added. There are only 24 beds available there.

The government said that HURRA has another 400 regular beds — two sources contend the number is much lower — and Plá validated that there are CDC guidelines that allow hospitals to also use their regular rooms for COVID-19 patients, as long as the room is closed, and hygiene measures are followed.

The president of the Puerto Rico Hospitals Association suggested that   one or two hospitals should be designated to handle coronavirus cases to protect other patients from becoming infected. However, he said he did not know if the hospital to be assigned would have ” enough beds to deal with a catastrophic circumstance, and they’re going to have to change (the decision) and use regular hospitals to be able to cover the need for additional beds .”

Plá said while the situation is handled on a day-by-day basis, the government may look into other possibilities, such as designating hospitals for critical care of the coronavirus in four regions of the island.

“Many of the initial, strict recommendations that both the CDC and OSHA (Occupational Safety and Health Administration) had have been eased, from the masks to the protective equipment and the isolation rooms,” said Santana-Bagur.

The infectologist added that these less stringent guidelines came up “after the experience in other countries, where there are patients literally in the hallways, lying on the floor,” and where there are no ventilators and the risk of infection has decreased. He said the new rules allow for isolation rooms with negative pressure to be used in the initial phase of the patient’s illness, which is when they would have to be intubated and when the severity of the virus is greater, which represents a greater risk of transmission to others.

At two weeks, even if intubated and ill, the patient can go from isolation to neutral pressure rooms because the risk is much less than in the acute phase, but there should be only one person per room or at a distance of six feet or greater.

Dr. Daphne Delgado told the CPI that if hospitals have all of their isolation beds in use, they may be able to use other rooms to care for patients with COVID-19 who are mildly ill or asymptomatic as long as they follow the protection recommendations to avoid contagion, such as the use of masks, and isolating the patient.