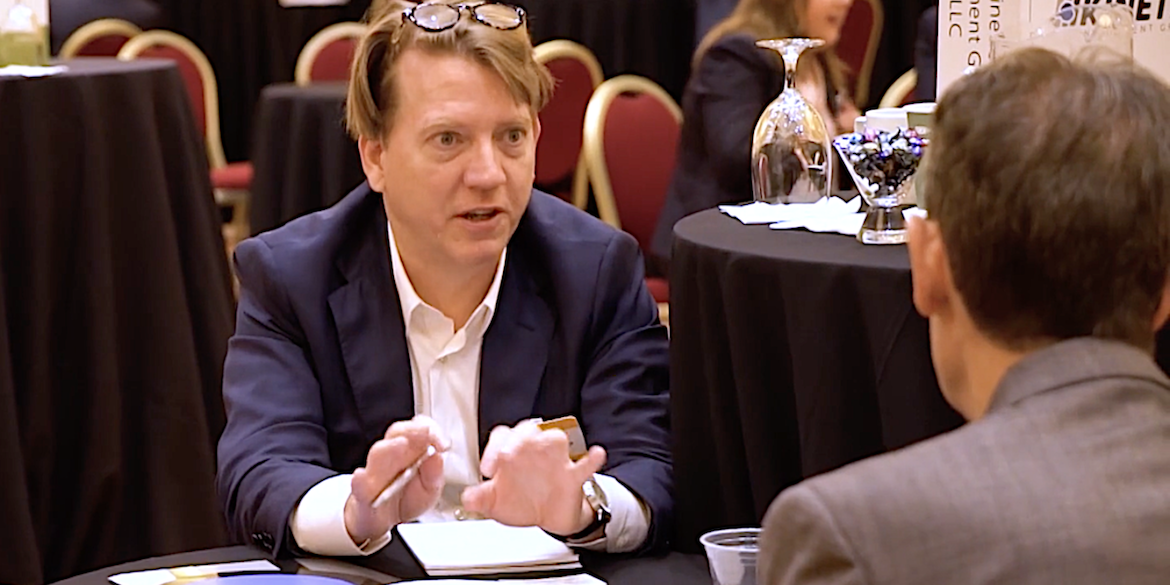 Michael Williams, a US businessman who lives in Puerto Rico and manages investment funds for two government agencies, could face trial by jury after the Securities and Exchange Commission (SEC) filed a lawsuit accusing him of a multi-million-dollar fraud scheme. The SEC is one of the regulators of the financial market in the United States.

In September, the Center for Investigative Journalism (CPI, in Spanish) revealed the scheme that Williams allegedly put together and anticipated that he was under investigation by the SEC and the Federal Bureau of Investigation (FBI). Documents reviewed by the CPI show that Williams may have used money from his clients’ investments, such as the State Insurance Fund Corporation (CFSE, in Spanish) and the Administration for Automobile Accident Compensation (ACAA, in Spanish) for personal gain and his companies’ operational expenses.

“Since 2013, Kinetic Investment Group, LLC (“Kinetic Group”) and Michael Scott Williams (collectively, “Defendants”) have raised at least $39 million from at least 30 investors in an unregistered fraudulent securities offering. Since at least 2015, Williams has misappropriated at least $6.3 million of Kinetic Funds’ assets to fund other business ventures and to pay for personal expenses,” according to the SEC’s lawsuit filed at the U.S. District Court, Middle District of Florida.

The claims includes: the use of means of communication, mail and transportation of interstate commerce to defraud; obtaining money and property through false statements and omission of data; carrying out transactions, practices or conduct fraudulent business to defraud buyers; using mechanisms, schemes or devices to defraud in relation to the purchase of securities; serving as an “investment advisor” to defraud; and illicit enrichment, among other possible crimes.

The SEC asked the Court to order Williams to pay back the misappropriated funds. They also requested an order to ban Williams and everyone related to his companies from destroying, mutilating or altering related documents; and another for Williams to pay civil penalties to those affected by the alleged fraud.

In November 2016, Williams signed a $15 million contract for investment with the CFSE and another for $2 million with ACAA through Kinetic Funds I. Both contracts are valid until 2021. More than 23% of Kinetic portfolio’s assets were diverted between January 2015 and September 2019, the lawsuit states. The SEC asked the court to issue an order to freeze Williams’ and his companies’ accounts. It also requested that a Trustee be appointed to manage the funds.

The CPI asked Gicela Ayala, the CFSE press Spokesperson if the $15 million invested by the public corporation could suffer with the possible freezing of Kinetic’s accounts.

“It is a decision by the SEC in favor of the investors, which includes the CFSE. The possibility of a freeze has not been raised. The accounts and their assets are frozen so that there are no further transactions with the securities. As part of this process, the SEC appoints a funds administrator to protect the value of the assets that Kinetic or Williams have in their name and that belong to the investors. The CFSE is willing to wait for the findings, the loss or gains, and then make decisions, among which is the cancellation of the [Kinetic] contract,” the CFSE replied in written statements.

The companies belonging to Williams’ that received money from Kinetic Funds in “violations without any legitimate entitlement to the funds” include Lendacy — through which it offered credit lines — Scipio, LF42, El Morro Financial Group and Kinetic International. The latter had an international financial entity decree under Puerto Rico Law 273, which according to the Department of Economic Development and Commerce (DDEC, in Spanish) was cancelled in July 2019.

“After selling my tech company I invested my money in Puerto Rico because I believed the Commonwealth offered a rare opportunity to grow and prosper. Recently a SEC civil complaint was filed against myself and my business. In our opinion this information was false and self-serving. We have cooperated with the SEC and there have been NO judicial findings made against me or the businesses. We deny these false allegations and intend to vigorously defend ourselves against them. We have retained a world-class legal firm and investigative team and are confident that we shall prevail,” said Williams in a written statement to the CPI.

Native of Michigan, Williams is a beneficiary of Law 22 created to attract foreign investors to the island, and one of his companies included in the lawsuit — El Morro Financial Group — benefits from tax exemptions offered by the DDEC through Law 20 “to promote exports” that were included in the Tax Incentives Code in July 2019.

Noel Zamot was the chairman of the Kinetic International Board of Directors while at the same time was the Fiscal Control Board’s Revitalization Coordinator. In September 2019, the CPI learned that Williams’ employees told Zamot about the complaint before the SEC involving Kinetic Funds, but when asked about that company, Zamot said, “I don’t know any entity by that name.”

The event that the SEC referred to is the “Kinetic Investment Summit,” a convention that took place from Feb. 27 to Mar. 1, 2019 at the Vanderbilt Hotel in Condado. The Puerto Rico Financial Institutions Commissioner (OCIF, in Spanish) George Joyner and Zamot were keynote speakers at the event.

“The former employees and directors of KIH are very concerned about recent allegations by the Securities and Exchange Commission (SEC) against the former CEO and majority shareholder, Mr. Michael S. Williams,” Zamot told the CPI in an email.

“If these allegations are true, the former employees and directors of KIH are victims of willful, gross misrepresentation by Mr. Williams. These allegations represent a significant violation of trust, a breach of fiduciary responsibility and willful misrepresentation to shareholders, former employees and directors of the company,” he said.

“The former employees and directors of KIH condemn, in the most emphatic possible way, any and all unethical behavior that harms investors, shareholders and other stakeholders who have put their faith and trust in officers with fiduciary responsibility,” Zamot added in the email.

“The former employees and directors of KIH look forward to continuing their cooperation with local authorities, and enthusiastically cooperating with the SEC and other federal investigative authorities to ensure a prompt and proper resolution of this matter,” he said.

The lawsuit filed by the SEC details the scheme that the CPI revealed in September through several sources and documents.

“Defendant (Michael Williams) solicited investors to invest in Kinetic Funds I, LLL (“Kinetic Funds”), a purported hedge fund with a sub-fund structure that they managed. Defendants represented to investors that the largest sub-fund, Kinetic Funds Yield (“KFYield”), invested all of its assets in income-producing U.S. listed financial products hedged by listed options…. In reality, Defendants diverted a substantial portion of KFYield investor capital to KCL Services LLC d/b/a Lendacy (“Lendacy”), a private, start-up company owned by Williams. Lendacy was neither listed on a U.S exchange nor capable of being hedged with listed options. Williams then directed Lendacy to make loans using KFYield assets to himself, entities controlled by him, and others,” the lawsuit states.

Williams got investors for Kinetic Funds by several means . Williams initially offered Kinetic Funds services to his friends, partners and associates. Over time, he designed brochures, websites and used referrals to solicit additional investors, according to the lawsuit.

In 2015, Williams began to market Kinetic Funds through Lendancy. Williams and his associates would tell prospective investors that if they invested in Kinetic they would be eligible to receive a Lendancy credit line of up to 70% of their investments in Kinetic at low interest rates. Investors were not notified that Kinetic’s assets would be used to finance Lendacy’s loans. That is, the money their clients received as loans was their own money, what they had invested in Kinetic.

In 2016, Williams moved from Florida to Puerto Rico, opened a second office, and began soliciting investors to put their money in Kinetics, according to the lawsuit. That year, he signed the contracts with the CFSE and the ACAA.

The parties responsible for the contract with the CFSE

In a video of the CFSE’s Governing Board meeting in October 2016, Fund Administrator Liza Estrada-Figueroa says that the contract with Kinetic Funds raised questions among the administration and the lawyers advising on the agency’s financial matters. But the CFSE’s financial advisors, Consultiva Wealth Management, recommended that the contract be signed, the CPI found.

“When the contract was sent to us, questions came up because it was different from what we were used to working with for this type of fund. We referred it to the attorneys who work with these matters to give us their opinion. They raised a few questions, and we told Consultiva, and Consultiva sent what is now exhibit two, which is a written opinion clearing up the concerns we had, and that the lawyer had about this type of fund, saying it complied with the investment policy and that its recommendation was that we sign it,” said Estrada-Figueroa at the meeting.

In September, the CFSE provided documents to the CPI showing that Kinetic Funds submitted monthly reports on the status of the investment through Gavion, a firm that currently manages the Corporation’s investment portfolio.

In the SEC’s lawsuit, Williams is accused of providing false statements to his clients regarding Kinetic’s practices.

The SEC says that one of Williams’s strategies was to create a description of Kinetic (KFYield), its performance information, its portfolio of investments and assets under management in the Bloomberg digital service, which allows viewers to access data from companies in real-time.

“Williams took this step in order to make KFYield appear transparent and to give it a measure of credibility. From that point on, Defendants provided potential investors with Bloomberg reports about the KFYield strategy. Williams was responsible for the content and accuracy of the information provided to Bloomberg… Williams had ultimate authority for the false and misleading statements and omissions made orally and in documents provided to clients and prospective clients,” according to the SEC.

Claudia Motta-Vélez, of the Reichard & Escalera law firm, is the resident agent of Scipio and El Morro Financial, incorporated by Michael Williams on Mar. 3, 2016. In June 2016, Reichard & Escalera signed a $150,000 contract with the CFSE. One of the services that the firm was supposed to provide was “to provide legal consultations and opinions on those matters regarding investments.” The contract between Kinetic Funds and the CFSE to handle $15 million in investment was in effect while Reichard & Escalera advised the public corporation on financial matters.

The contract was signed by Luis R. Ramos-Cartagena, deputy administrator of the CFSE at the time. Ramos-Cartagena told the CPI that he did not remember that contract and that investment management issues were consulted with the advisors at Reichard & Escalera. Vance Thomas, director of the CFSE Governing Board at the time, and Liza M. Estrada, former Fund administrator, also told the CPI that they did not remember signing the contract with Kinetic Funds, although the videos show them participating in several meetings in which the contract with that company was discussed.

Kinetic Funds service fees are capped at $750,000, according to the CFSE and ACAA contracts. Williams signed the documents as Managing Member of LF42, LLC, and Managing Member of Kinetic Partners, LLC, both companies are incorporated in Delaware.

One thought on “For Millionaire Fraud, SEC Sues an Investor that Managed Government Funds in Puerto Rico”