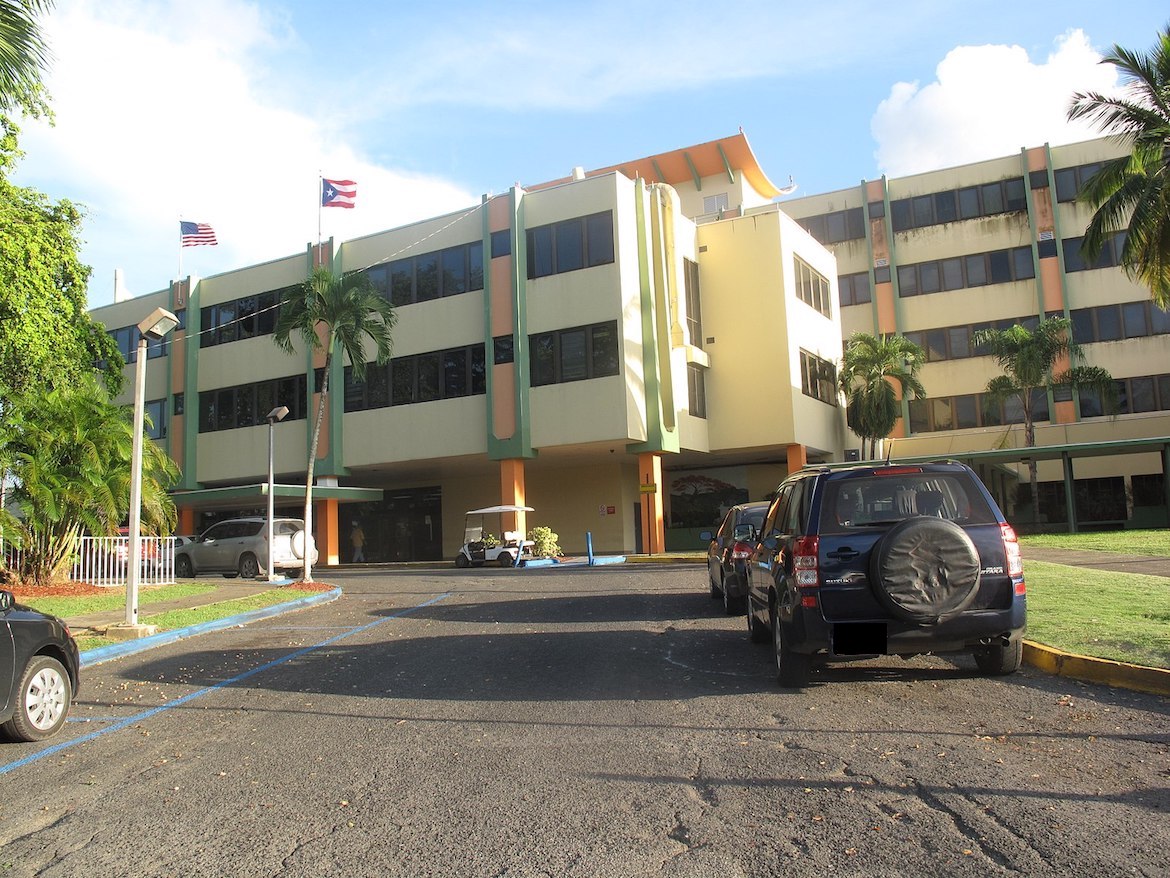 Juan frets about how doctors and nurses are too exposed to the virus. After all, what are we left with if we lose those who heal us? He is concerned that those arriving in the emergency room with symptoms are not being isolated, that the protocols are not being followed, that the hospital administration is not doing its job right and the crisis is just beginning.

This is the third time I talk to Juan. He works at the Ramón Ruiz Arnau University Hospital, better known as the Bayamón Regional Hospital or HURRA. He recalled that a week ago a man came to the hospital with symptoms of dry cough, fever and trouble breathing.

The emergency room interview done to the patient was incomplete and overlooked the detail that a relative had been in New York recently. The man was admitted, but according to Juan’s estimates, he waited there for hours without being isolated. Of the five tests the hospital had available to detect COVID-19, one was performed on him. It was positive. Now he is intubated, in critical condition.

The first time we spoke was on Tuesday, March 17. The rumor was already rumbling through the hospital’s corridors: They were getting ready to receive patients affected by the coronavirus. They had been building and fixing different wards of the hospital for a little more than two weeks. I asked Juan if he thought the hospital was ready for what seemed to be coming. He said no.

More than two and a half years ago, Hurricane María destroyed the hospital. It ripped off roofs and broke windows. It was flooded. Patients had to be moved out of the building. Like many, Juan believes the hospital has been unattended for years, even before María. There are parts of the facility where the air conditioning is barely felt, because it cools just to room temperature. In other words, sometimes it is just warm air.

The roof on the fourth floor is constantly leaking. Only the first two floors and parts of the third function decently. Now they are hastily preparing an area of the third floor that had been long abandoned.

Construction on this part of the hospital began more than 15 years ago to respond to a bioterrorist attack following the events of 9/11. When the government says the hospital has 23 isolation rooms, the truth is that 20 of them are not ready. These rooms are on the third floor that is under construction. None of them have been used, except during Hurricane María, when a group of doctors used this space to manage social work cases. The construction was never finished in 15 years. The work at the HURRA in Bayamón, financed with federal funds, was half completed and poorly done. Juan said the beds could not fit through the room doors. Fifteen years have gone by and now they race against the clock to get these rooms ready, when every hour counts.

The second time I spoke to Juan was on Friday, March 20. He said the situation at the hospital had gotten worse after Gov. Wanda Vázquez Garced announced during a press conference the day before that the hospital had been designated as the main facility to tend to coronavirus patients in critical condition.

Juan believes it was irresponsible to give the appearance that the hospital was ready. “It is not and that is the truth,” he said.

After that, other hospitals began referring people with COVID-19 symptoms to HURRA, regardless of their condition. Suspicious cases of the virus began arriving from everywhere. The five tests the hospital had were gone. They have been waiting for days to get more tests.

The hospital began turning away some of these cases because they simply could not manage them. It reminded me of the case another hospital employee recently told me about. As she finished her hour break sitting near the emergency room, she saw paramedics arrive with a possible case of COVID-19. Emergency room staff did not know what to do and the ambulance ended up taking the patient to another hospital. “A patient with this disease can deteriorate. It would be irresponsible to admit a patient if we lack the resources to take care of them if their situation is complicated,” she told me.

That’s why Juan thought it was crucial to “make right the governor’s announcement.” It had to be cleared up that the hospital was not ready, that it was far from being “the coronavirus hospital,” and that it would only deal with critically ill patients.

On Thursday, a week after I spoke to Juan, Dr. Pablo Rodríguez, part of a medical task force that leads the government’s response, took a turn at the microphone at a press conference called by the governor to say the same thing Juan has known from the beginning: The hospital is not ready to receive COVID-19 patients.

I spoke to Juan the next day. Patients kept coming. They received about 20 new ventilators and a handful of tests. They have gowns, gloves and masks, but not many, just the inventory that was there before the pandemic. There are protocols and even an expert who advises on running the emergency room. But what’s the use of these plans and protocols if they are not followed? Juan wondered.

At the time, the hospital had three intubated patients, including the man who waited for hours in the emergency room before being admitted. Only three isolation rooms are functional and were already occupied. The hospital was already operating at capacity and the number of confirmed cases on the island had yet to reach 100. Work on the third floor and isolation rooms continued.

“They are doing construction work there as we speak,” he said. He mentioned there was a mobile trauma unit in the parking lot, though he doesn’t know what it will be used for exactly.

There are also two triage areas in tents installed outside to care for patients with COVID-19 symptoms once hospital rooms start to become scarce and that, according to the government, have also been set up at other hospitals throughout the island. Juan heard that no one will be treated in the tents until the work on the HURRA isolation rooms is completed.

This is because if a patient’s condition takes a turn for the worse in the tent and they have to be transferred into the hospital, they would have nowhere to put them.

“Having intubated patients in a tent is not ideal,” he said. Yet Juan doesn’t understand why the tents, which have been in place for more than two weeks, are still not receiving patients, when the hospital is lacking an isolation space for people who arrive with symptoms and await their evaluation.

My last conversation with Juan was on Tuesday, March 31. He said some nurses have left or are considering doing so if the situation turns ugly. He doesn’t blame them. Many of them are in the high-risk group for the disease and prefer not to take a chance. So, the younger ones have been doing double shifts.

In the long run, doctors and nurses will have to be hired, he says. Where from? I asked. More than 14,000 have left Puerto Rico in the last five years. What Juan knows is that there aren’t enough health professionals and he is sure the government will have to hire people.

Two of the three intubated patients admitted in the HURRA with COVID-19 died. One of them was the man who waited for hours in the emergency room. He died on Sunday afternoon. His isolation room is now occupied by a 30-year-old woman.

The only three isolation rooms the hospital has available right now fill in a blink of an eye. I asked him again if the hospital is ready and no, it is not. That has always been the answer.