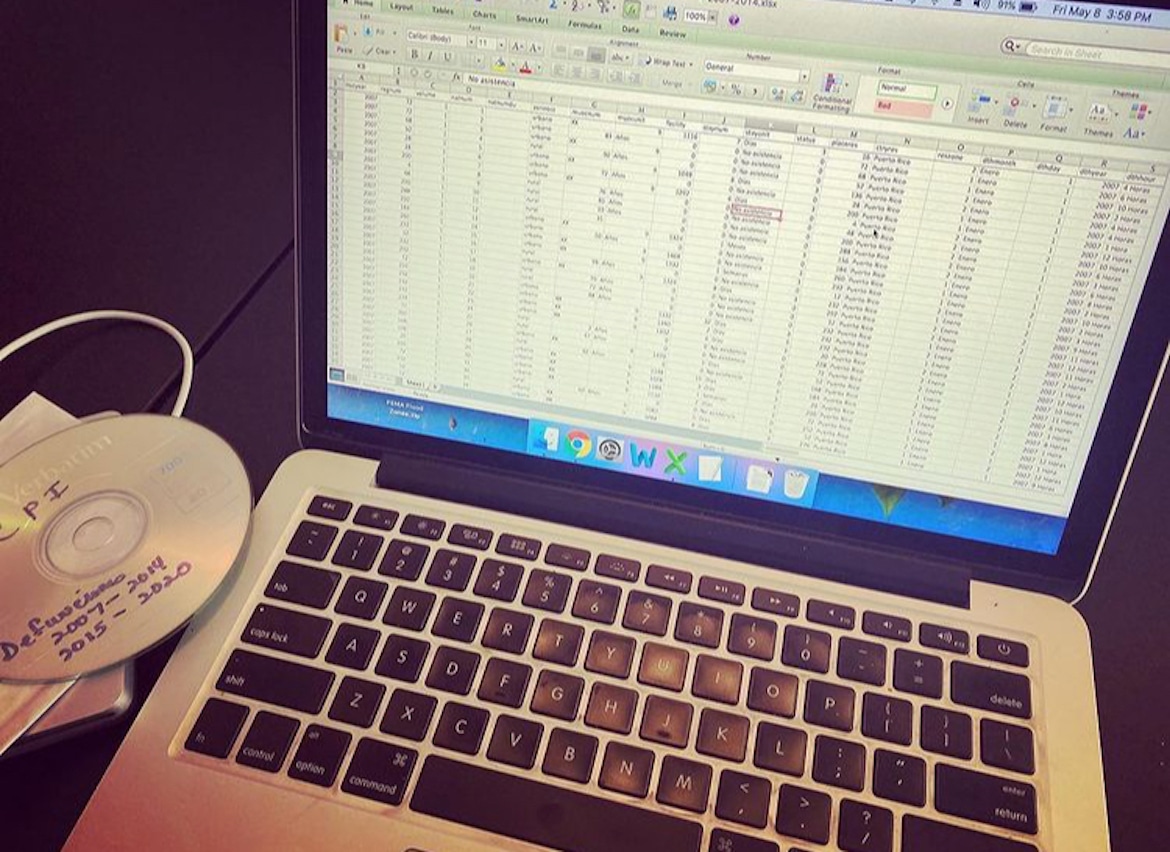 One of the databases obtained by CPI in 2020 after a lawsuit.

The Puerto Rico House of Representatives’ Government Commission is investigating the result of the implementation of Acts 122, “Open Data Act,” and 141 of 2019, “Transparency and Expedited Procedure for Access to Public Information Act.”

The Center for Investigative Journalism (CPI, in Spanish) was invited to the public hearing held last Tuesday and we testified to expose some of the problems of access to information that journalists specifically face when we ask for public information, before and after the approval of these laws.

Long story short: Acts 122 and 141 of 2019 should never have been approved. Without public hearings, without accepting the multiple amendments submitted by the groups that continuously request public information, and signed in an act of contempt, and we could say revenge, the day before Gov. Ricardo Rosselló left La Fortaleza. They haven’t been of much use.

Access to information today is no better than before. The situation, at least for journalists, is the same, and sometimes it’s worse. Now, public relations professionals and communicators working at the government agencies sometimes hide behind the 10 days that they did not have before, to delay the delivery of documents that they do not want to hand over.

And if they can, they take advantage of the additional 10-day extension to push back the delivery even more. Even if they have the requested document on hand, on their computer or telephone, available immediately, days pass by and they don’t answer messages because Act 141 protects them. This is a gross limitation on freedom of the press and access to information.

The CPI has sued the government of Puerto Rico more than 20 times in the past decade, and in all except one, it has successfully gotten the documents or public information it has requested.

We have had to repeatedly go to the courts to sue for information that the government has refused to provide, but that belongs to us, the people, and therefore, the press. The identity of the bondholders who bought the 2014 junk bonds issue, the reports about the warehouses storing supplies after the hurricane, the meeting minutes of the board of directors of public corporations, the government’s emergency plans, the Senate lobbyist registry, the information on the conditions of the island’s bridges after the hurricane. In a nutshell, there have been many requests. The cases can take a few weeks, (the fewer); several months, (most of them); or up to five years, (as with the case of the lawsuits related to the documents exchanged between the government and the Fiscal Control Board).

There’s an emblematic case that helps us to illustrate the problems with access to information that persist in the government of Puerto Rico.

This past Monday marked 14 calendar days since the CPI asked the director of the Demographic Registry, Wanda Llovet, and the Department of Health, which is supposed to supervise that agency, for the updated database of causes of death. Follow-up emails, text messages, calls. We were finally notified on Tuesday to pick up a CD with the database, and we were not given the password to access the data until the next day.

And why does the Demographic Registry’s causes of death database matter?

It is a document that has more than 190 fields of information, such as name, age, gender, town of birth and death, causes of death, name and address of the parents, and so on. It allows us to know where, when, and why Puerto Ricans die.

From the analysis of this document, stories were written that showed that the deaths from Hurricane María were many more than those that the government reported. The government said there were 54. The CPI confirmed at least 536 cases, and then the specialists validated that there were at least 3,000 deaths directly and indirectly caused by the hurricane. Investigations also emerged from that database that revealed that there was an outbreak of leptospirosis shortly after María, and that the government never acknowledged it, contrary to international scientific parameters.

Without the database, journalists would not have been able to speak with the families of those killed by the hurricane to validate their causes of death.

It is an essential tool to be able to carry out the most basic journalistic function: oversight. The level of absurdity over the agency’s refusal to deliver this document was so off the charts that after Hurricane María, one of the federal agencies in charge of the recovery called the CPI to request the causes of death database because the Demographic Registry would not provide it to them.

A lack of information costs lives when it prevents carrying out research that informs, in a timely manner, on public policies and decision-making. And even more so in times of disaster or public health crises.

Right now, today, the database would serve, for example, to show that a person who has died from COVID is correctly recorded by the government. We requested it six months ago, and what do we find?

Six months after the government confirmed the arrival of COVID-19 to Puerto Rico, the CPI found, after analyzing the database provided by the Demographic Registry, that there was an excess pattern on the island of up to 1,000 deaths between March and August 2020. These deaths included about 500 that the government attributed to COVID-19, and the remaining 500 that may have been linked to the virus but were attributed to other causes of death. This excess of deaths went unnoticed in the total number of deaths reported because there was simultaneously a decrease in violent deaths and traffic accidents reported during the lockdown going on.

The excess of deaths that the CPI uncovered, given its access to the database that the government did not want to hand over, was validated almost six months later in a scientific study published by the National Center for Biotechnology Information in the US. That entity determined that there was an excess of 413 deaths during the first five months of the pandemic, and the CPI had identified an excess of 500 during the first six months of the pandemic.

Why does this matter? Because government and health authorities would have been able to make better decisions, for example, on where to focus testing and contact tracing resources, prevention campaigns and targeted lockdowns , which would have hurt the economy less, and then, conduct vaccination efforts aimed at a populational objective, instead of making decisions blindfolded and acting in the constantly chaotic manner to which we’re used to.

The problem of access to information is not exclusive to the CPI.

Professors from the University of Puerto Rico’s Medical Sciences Campus have requested the database of causes of death to investigate cancer cases in the island municipality of Vieques, given the possibility that contamination caused by the US Navy shooting range there is associated with this disease, and that the Department of Health refused to provide.

In 2016, a professor from the same Medical Sciences Campus had to submit a request under the Freedom of Information Act to the Centers for Disease Control (CDC) requesting data about Zika on the island, because the then State Epidemiologist also denied him access. The federal agency did not provide the requested data as well and, failing that, offered general information.

This information is certainly not only useful and important for journalists, but for researchers, public health professionals, historians, students of specific topics such as mental health, among other disciplines. The Demographic Registry database also serves community entities, for example in Vieques, and in other communities, who can use it for their epidemiological investigations, environmental contamination studies, or violence issues, for example.

Not satisfied with the court decisions, the Demographic Registry went behind people’s backs during the last administration to try to legislate to make the document confidential. The bill was intended to make death certificates confidential, as well as any information included in them. The intention also was to establish that the Demographic Registry would have to request authorization from third parties in cases in which the court ordered it to deliver birth or death certificates to whoever requested them by legal means, which would have made access to data on deaths in the island impossible. The bill was unsuccessful, but the intention remains to limit the right of access.

It seems to me that this case about the database of causes of death sheds light on some of the problems with the legal framework. Let’s recap: (1) arbitrariness of the agencies, which has not changed with the new laws; (2) failure to penalize officials or agencies that do not comply with the law; (3) time between application and delivery, both under the new laws and before, which is never really speedy; (4) there is no proactive publication; (5) agencies hide behind unjustified exceptions, trying to deny everything from the start.

Aside from this example, there are many others that confirm that there are multiple problems of access to information, even with the new laws. First, a compliance issue: agencies that have appointed public information officers, as required by law, are scarce. The agencies that have issued regulations required to implement the law, are also very few. In other words, as far as Act 141 goes, it is not being executed.

Puerto Rico’s constitutional law establishes that access to public information is for all citizens. When the CPI, or any other media outlet or journalist asks for it, it does so as part of its investigative work, but also on behalf of citizens, not claiming a special privilege. In every case in which the court has ordered the publication of information held by the government, it does so on the basis that all citizens should have access to that information, not just journalists.

The Open Data Act and the Transparency and Expedited Procedure for Access to Public Information Act have not made a dent in the historical problems of access to information. We can say that in some cases, they have made them worse.

In the case of Act 122, regarding Open Data, the exceptions it lists are more comprehensive than those that had been recognized in case law. In other words, by signing that law, Puerto Ricans were left with access to fewer types of information than before it was signed.

In the case of Act 141, on Transparency, while it is true that it provides a mechanism for requesting information that is less burdensome because it’s based on “self-right — which should be seen in a positive light, it also presents serious limitations, such as what I have already described.

The Center for Investigative Journalism endorses the repeal of these laws or their substantial amendment, as soon as possible. We are available to collaborate in any responsible process aimed at expanding access to information in Puerto Rico.

Edited version of the presentation submitted on Tuesday, April 6, 2021 to the Puerto Rico House of Representatives’ Government Commission, within the framework of the public hearing on House Resolution 199, to investigate the application of access to information laws. 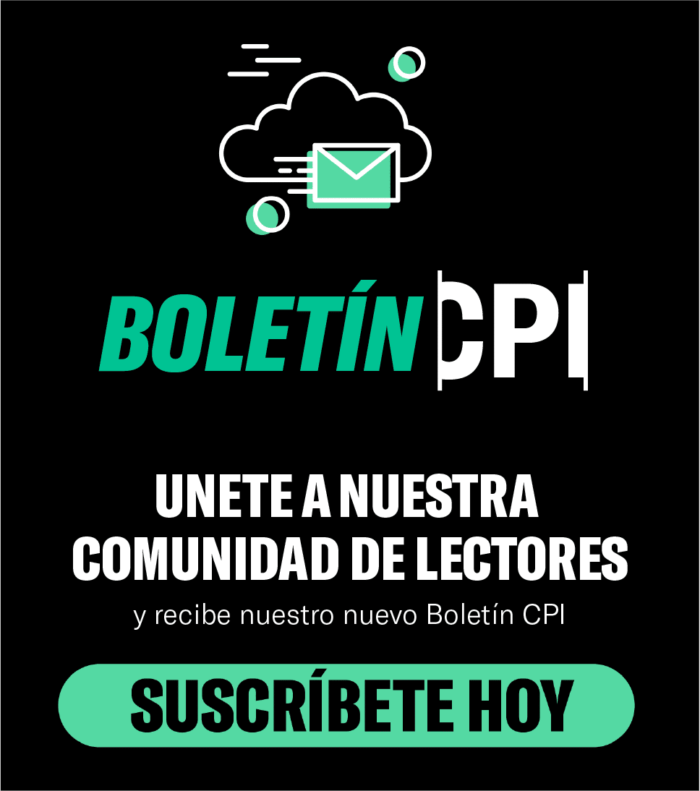