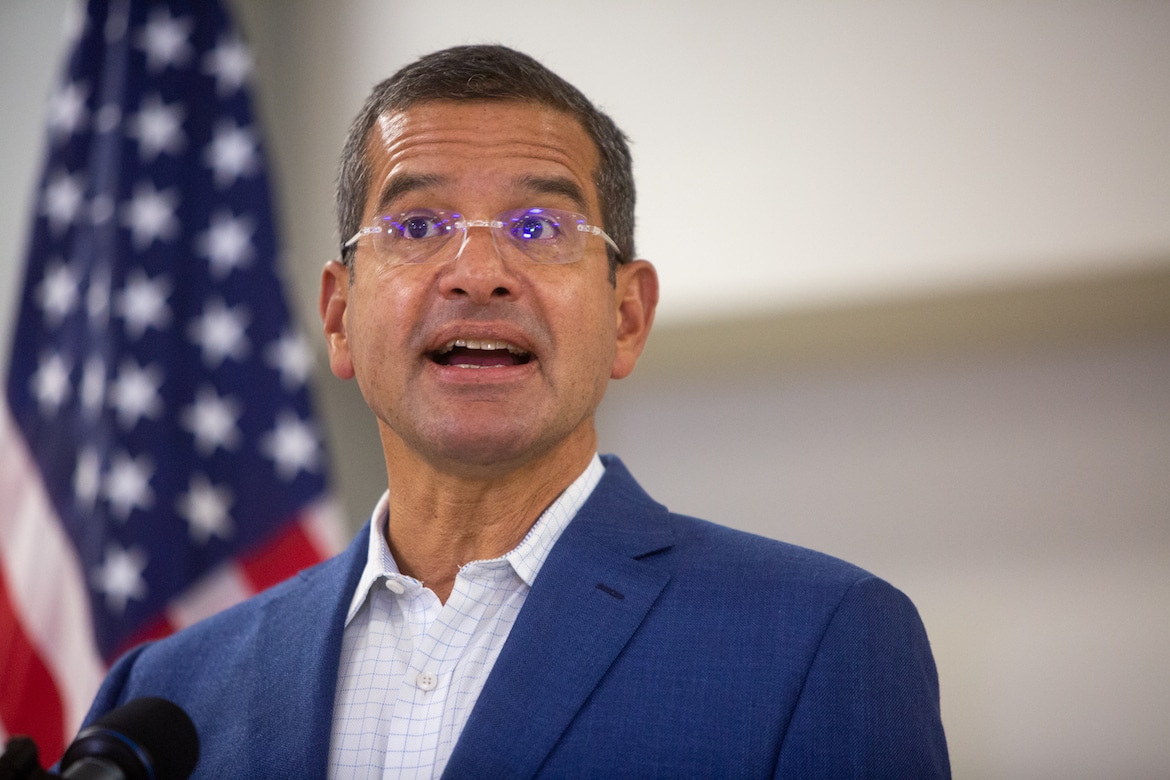 Disagreements in the Government came to light during a public hearing to amend the Puerto Rico Climate Change Mitigation, Adaptation and Resilience Act.

Gov. Pedro Pierluisi’s administration is seemingly lacking a defined public policy on who should take the reins in handling the current climate crisis. While the University of Puerto Rico and the Secretary of State, Lawrence Seilhamer, favor that the Committee of Experts and Advisors on Climate Change be chaired by a scientist without direct ties to the government, the heads of the Department of Natural and Environmental Resources (DNER) and the Department of Economic Development and Commerce (DDEC, in Spanish) support that the body be directed by an agency head.

The discrepancies between members of the government came to light last Wednesday during a public hearing in which the House of Representatives’ Commission on Natural Resources, Environmental and Recycling evaluated House Bill 455, which seeks to amend Act No. 33 of 2019, known as the “Puerto Rico Climate Change Mitigation, Adaptation and Resilience Act.”

When it took effect in 2019, Act No. 33 established that the Committee would be composed of six scientists appointed by the Legislature and approved by the governor. In addition, the group has three ex officio members, represented by the secretaries of the DNER and the DDEC, as well as the President of the University of Puerto Rico (UPR). In the original version of the Act, the chairmanship of the Committee fell exclusively on the Secretary of the DNER. The statute was amended in 2020 to establish that it could be chaired by any of the three government representatives.

One of the main arguments in favor is to guarantee that the Committee’s work continues and not be interrupted by changes in agency heads, in addition to promoting the independence of the group’s public policy recommendations.

“An example of this situation occurred in 2019 and 2020, when the position of Secretary underwent several changes at the Department of Natural and Environmental Resources, in a short period. In my opinion, this situation could have been one of the variables for which the Committee of Experts and Advisors on Climate Change could not be called to a meeting immediately when its members were ready to carry out their duties,” said Maritza Barreto Orta, one of the scientific members of the Committee, during the House hearing.

“Giving greater emphasis to the Committee’s issues is something that could be tougher when the chairmanship exercised by an ex officio member has different responsibilities, tasks and duties,” added the oceanographer and geologist affiliated to the UPR’s Río Piedras Campus Graduate School of Planning.

The law says that the Committee of Experts and Advisors on Climate Change must: establish and promote the development of “a public policy, with quantifiable metrics; determine the coordination and integration of different sectors in the development of a strategy against the effects of climate change.” It also establishes that the Committee must prepare a Climate Change Mitigation, Adaptation and Resilience Plan.

In 2019, former DNER Secretary Tania Vázquez Rivera did not include the Committee in the agency’s budget, even though Act No. 33 took effect during the summer of that year. Vázquez Rivera resigned from her position on October 31 of that year, after the Federal Investigations Bureau (FBI) revealed alleged irregularities related to hiring that she did while running the agency. The changes at the DNER’s top post and the absence of an allocated budget delayed the start of the Committee’s work.

Seilhamer, who penned the Puerto Rico Climate Change Mitigation, Adaptation and Resilience Act while he was a Senator, foresaw these situations and favored from the start that the group should be chaired by one of the scientific members.

“The original legislative intention was for the Committee to appoint its Chair and Vice Chair from among its members, so that the Committee’s work would have continuity and would not be affected by changes in the positions of the members of the Executive [branch],” said Sailhamer, current Secretary of State, in written statements to Popular Democratic Party Rep. Edgardo Feliciano Sánchez, chair of the Commission on Natural Resources, Environmental and Recycling.

“In addition to ex officio members, the Committee has six top-notch professionals who are highly specialized in several areas such as meteorology and climatology, coastal processes, environmental health, renewable energy, and water issues. If any one of these permanent members steered the Committee, it would facilitate and give continuity to the work, while providing the necessary autonomy and independence to achieve public policy on climate change,” added Seilhamer as part of his testimony in support of House Bill 455.

While UPR President Jorge Haddock and the Secretary of State favor the amendment to the law, their counterparts in the DNER and the DDEC sent representatives to Wednesday’s hearing to testify against the bill. Both agencies focused their objection on the fact that it is up to the DNER to implement Puerto Rico’s public policy on climate change.

“We believe that channeling efforts to implement public policy on climate change is a responsibility that should fall on government officials, and in this case, appointing an ex officio to chair the Committee guarantees its compliance. In addition, the fact that these positions are subject to change does not necessarily imply a lack of continuity in the work, which is evidenced precisely when agencies experience changes in their Secretaries or Directors and their operations continue uninterruptedly,” DNER Secretary Rafael Machargo Maldonado argued in written statements that were read at the hearing by a legal advisor to the agency.

The argument of ongoing continuity even when the Secretaries change was questioned during the hearing, once the DDEC’s testimony against the bill ended. During the hearing, it was revealed that since his appointment as Secretary of Economic Development and Commerce in January, Manuel Cidre has not gone to any of the four meetings that the Committee has held this year.

Several Committee members also raised the possibility of conflicts of interest if the DNER chaired the group.

Pablo Méndez Lázaro, professor at the UPR’s Medical Sciences Campus and a Committee member, said “it’s up to us to evaluate projects, laws and actions that are closely related to the environment. This could often mean that we evaluate, discuss and decide matters that could be the responsibility of the Secretary of the Department of Natural and Environmental Resources, who could also be Committee chair. This situation raises the concern of whether it could generate some conflict over the positions represented.”

A committee to create public policy to address climate change, with $400,000

It was not until February of this year that the Committee landed a budget allocation to get off the ground and start working on the Climate Change Mitigation, Adaptation and Resilience Plan, which is part of the mandates of Act No. 33 of 2019. An initial $100,000 allocation was identified in the current fiscal year budget. The DNER announced that another $300,000 was added to that amount, which the Fiscal Control Board approved recently.

The $400,000 contrasts with the budgets that the Government assigned to private entities tasked with preparing mitigation plans and other related documents. For example, in September 2018 the Department of Housing awarded a $37 million contract to Foundation for Puerto Rico to lead the development of community resilience plans. Similarly, in January 2019, the Planning Board hired Atkins Caribe for $1.7 million to head the update of Puerto Rico’s municipal mitigation plans.

The US Department of Housing and Urban Development is currently evaluating Puerto Rico’s Mitigation Plan under the Community Development Block Grant Mitigation (CDBG-MIT) Program. This document provides guidelines for the use of $8.3 billion in federal mitigation funds.

Meanwhile, the work that the Committee of Experts and Advisors on Climate Change would do to create a Mitigation Plan, which would guide the island’s mitigation efforts, would also depend on the $400,000 allocation. The document will outline guidelines to develop public policy on aspects such as gas emissions, coastal erosion, floods, storm surges, the rise in sea levels, access and water quality, among other environmental elements.