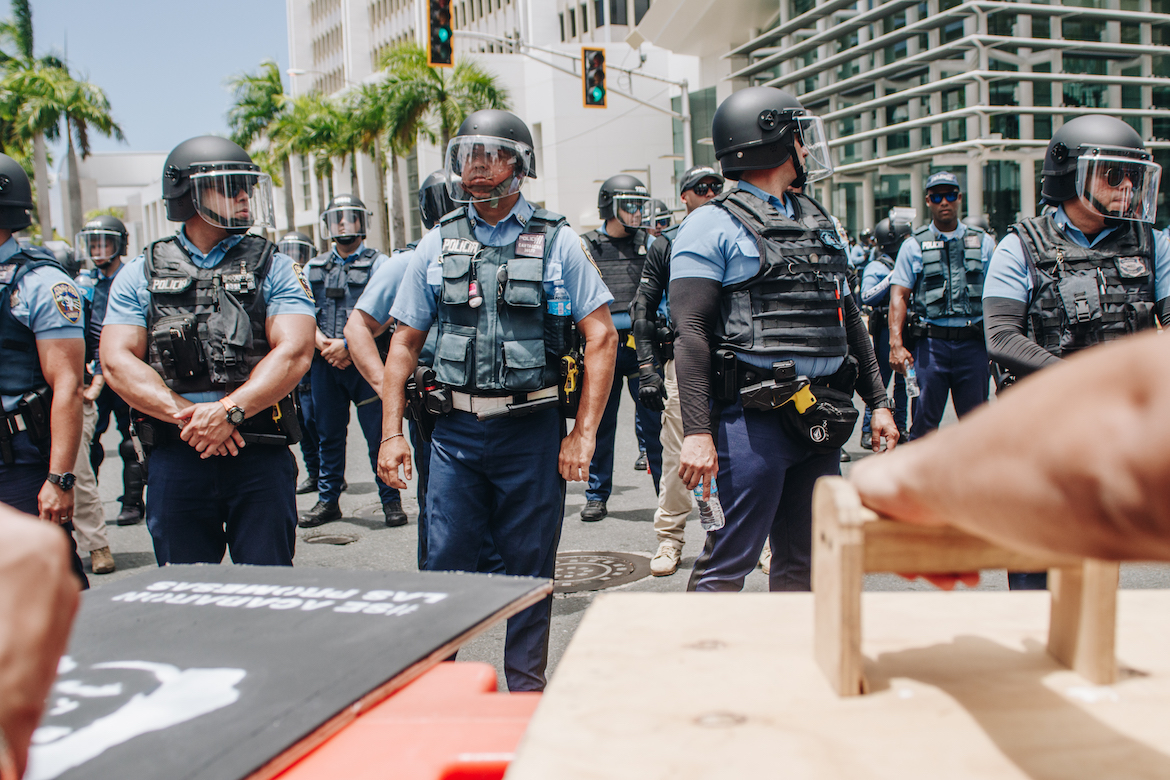 Photo by Mari B. Robles López | Center for Investigative Journalism

The number of police officers who have been arrested for domestic violence and sexual assault, or how many officers have been convicted for gender violence are undisclosed statistics, although they were requested in early April from the Police by journalists Cristina del Mar Quiles and Syra Ortiz-Blanes of the Center for Investigative Journalism (CPI, in Spanish) and of El Nuevo Herald and the Miami Herald, respectively.

After many unsuccessful follow-up efforts, the petition is now before the San Juan Superior Court after a request for mandamus was filed on Tuesday to obtain this public information from the Department of Public Security and the Puerto Rico Police Bureau.

“At a time when the island has been sunken under a deep wave of gender violence cases, in which even the work of our public institutions has been questioned, few issues are of greater public interest than what’s reflected in these requests for information that are the matter of this legal recourse,” the mandamus establishes.

“There are actions by the Government of Puerto Rico against gender violence that have nothing to do with creating new laws or making new plans, but with the obligation of the Government itself to comply with current laws, and this is a great example. Collecting and publishing reliable data and having it available and up-to-date is something that’s already the duty of security agencies,” said Carla Minet, executive director of the CPI.

Judge Alfonso Martínez Piovannetti established a 10-day term on Tuesday afternoon for DSP Secretary Alexis Torres Ríos and Police Commissioner Antonio López Figueroa to show cause as to why the information that the CPI and journalist Syra Ortiz-Blanes requested, should not be released.

“The Puerto Rico Police have had a historical problem when it comes to providing access to information that’s considered public and that puts their performance in the spotlight. On the issue of gender violence, there are many questions about how these cases are handled, and we have to start by looking at the information that is collected. But if we aren’t given access to the most basic, then oversight becomes difficult. This information was also requested from the Police Monitor and the Department of Justice, and they haven’t released it. This reflects a disregard for the responsibility that these agencies have to be accountable,” said Carla Minet.

The legal recourse is protected by legal provisions and the Commonwealth’s Constitution, in addition to the jurisprudence established by the Puerto Rico Supreme Court.

“The information requested by the petitioning parties is not protected in any way by any privilege or claim of confidentiality and is not covered under any of the exceptions to the right of access to information,” the legal document states.

The requests to the Puerto Rico Police Bureau were submitted on April 5, 2021, by journalists Cristina del Mar Quiles and Syra Ortiz-Blanes, as part of a collaboration between the CPI, the Nuevo Herald and the Miami Herald. The information requested also includes the number of police officers against whom protection orders have been filed under Act 54, the number of police officers who have been arrested for domestic violence and are still active, and the number of agents with administrative complaints over gender violence.