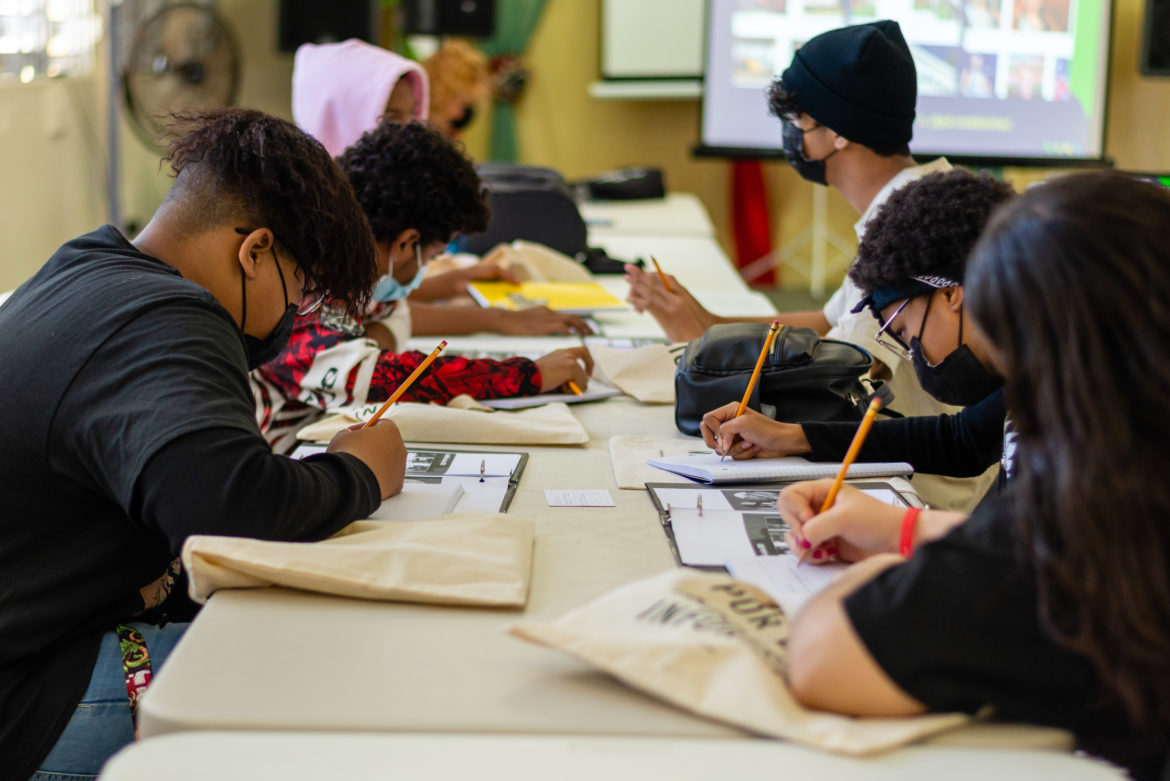 The purpose of the initiative is to combat misinformation and offer tools for Loiceños to tell their stories.

The Medioscopio project — an initiative to develop critical media consumers promoted by the Center for Investigative Journalism (CPI, in Spanish), with the collaboration of the Museum of Contemporary Art and its MAC en el Barrio program, and ASPIRA Puerto Rico — got underway a few weeks ago with the participation of youth from the Belén Blanco de Zequeira School in Loíza.

The workshops began at the Gregorio Lanzó Cirino Community Center in the Parcelas Suárez sector and will take participants on tours and exercises through the Bosque de Piñones and the University of Puerto Rico. This pilot program, coordinated by journalist Laura Moscoso, also seeks to foster skills so that participants can develop their own stories as citizen reporters.

“We kicked off Medioscopio in Loíza with the extraordinary participation of young people and teachers that filled us with inspiration. Our goal with this effort is to develop active youth in their community by offering them strategies to repel misinformation and tools to tell their stories,” said Carla Minet, executive director of the CPI.

“With this project, we expand our community initiatives in Loíza, where we’ve been implementing our MAC en el Barrio program for three years. Medioscopio nurtures the MAC Citizen Reporters project, an initiative that provides tools to the communities in Loíza, so that both youths and adults become investigators and spokespersons for what happens in their neighborhoods while rescuing the legacy of the longest-lived members of the community through the collection and dissemination of oral history,” said Marianne Ramírez Aponte, Executive Director, and Head of the MAC.

Communicator Anette Sofía Ruiz led the first workshop in which strategies were discussed to examine the media critically. Loíza youth shared their media consumption habits, their platforms, and why they prefer them. They also participated in several group exercises, including preparing the front page of a Loíza-themed newspaper.

The second session, on “What is disinformation and how to unmask it,” was led by journalist and editor Vanessa Colón Almenas. The third workshop on “Representation in the media” was offered by Gloriann Sacha Antonetty, editor of Revista Étnica and anti-racist educator. Upcoming workshops will be led by CPI journalists and members of Report For America, Víctor Rodríguez, Rafael Díaz and José Encarnación, as well as photographer Doel Vázquez and attorney Carlos F. Ramos.

“At Medioscopio, we zoom in on the production of the information we consume and bring to the table options to analyze it and even transform it,” said the director of the CPI.

The initiative is possible with the support of the Ángel Ramos Foundation and the Andrew Mellon Foundation and continues every Saturday through April.