Formalizing Community Aqueducts is a Discouraging Process in Puerto Rico

In addition to the 242 community aqueducts registered with the government, there is an unspecified number of these systems that operate informally. Although the Department of Natural and Environmental Resources signed an amnesty for the informal aqueducts to legalize their status, not one applied.

Photo by Jorge A. Ramírez Portela | Center for Investigative Journalism

The community aqueduct in Barrio Zamas in Jayuya is one facing huge challenges to sustain itself.

The procedure for community aqueducts to legalize their franchises and maintain their operation is so complicated, bureaucratic, and devoid of technical support that it discourages communities from formalizing the systems that carries water to their homes because of the Puerto Rico Aqueduct and Sewer Authority’s (PRASA) inability to provide the service, the Center for Investigative Journalism (CPI, in Spanish) confirmed through interviews, field visits and official documents.

The Brisas del Torito community aqueduct in Cayey, in the East Central region, has been operating for 40 years. Of those four decades, they operated outside government requirements during 30 years due to non-compliance with regulatory agencies, its Spokesman Renato López said during a meeting held this summer between community aqueduct leaders from across the island and Environmental Protection Agency (EPA) Administrator Michael Regan.

López’s remarks sounded almost like regret for agreeing to submit to state regulations. Without hiding his frustration, he described the sacrifices involved in operating a community aqueduct and the challenges they represent for organizations like his that, although recognized by the government, struggle daily to remain current with the documents and water quality standards required by the EPA and the Department of Health (DS, in Spanish).

“The experience is that they come both with a helping hand and a demanding fist, and there are more demands than help. They complicate one’s life,” the Cayey resident said. “[We have to comply with] regulations, laboratories results, reports and a bureaucracy that becomes a mess,” López said, while Regan paid attention and listened with headphones to the English translation that someone from his staff was doing.

The spokesman for the Brisas del Torito aqueduct community contrasted the experience of the neighbors who, before starting the process to legalize the franchise, voluntarily and jointly put into operation the aqueduct that supplies water to 65 families.

“We had no problem then, among volunteers, to lay down pipes when they broke or when they were dragged away by the river. When the pump broke, we would get the money and fix it,” López said. “But now they’re talking about papers to fill out and I don’t know English. They’re also demanding A, B and C from me. It sounds like they’re coming to save us, but they’re coming to ask for things that I don’t have, or that I don’t know how to do,” said the Cayey community leader.

In Puerto Rico there are some 242 community aqueducts, mostly rural, that are recognized by the government although they are not connected to PRASA. They are systems that provide drinking water to no less than 25 people or 15 connections each, according to EPA standards. These systems, often rustic, provide water to sectors that the public corporation does not have the capacity to reach or adequately supply the resource.

It is estimated that community aqueducts provide water to about 125,000 people in Puerto Rico. Puerto Rico has a population of 3.1 million.

Among the conditions imposed by the government is the Corporate Certificate of Validation from the Department of State, being current with tax exemption documents, providing information on who owns the land where the aqueduct is located, and presenting evidence to prove that it complies with water quality standards.

PRASA did not confirm to the CPI if the public corporation would assume the administration of the water service if the community aqueducts ceased to operate in some of these rural sectors. Neither they said how much it would cost the government to assume this responsibility.

In the Zamas neighborhood of Jayuya, in the central mountainous region, the neighbors operate a system that, although it has the aqueduct franchise, does not meet the DS’s water quality standards. Limary González Torres, president of that aqueduct that serves about 400 families, explained how expensive it is for them to keep it current and provide maintenance.

“In February of last year, the Department of Health came and reviewed us, and it was practically [like asking us] to build a new aqueduct. We still have metal pipes. We fix a pipe today and three other breaks tomorrow. It’s never-ending,” said González Torres.

Each family connected to the Zamas aqueduct is charged an $80 annual service fee. The aqueduct’s community board manages the money, which is used for maintenance and repairs, but even so, González Torres pointed out that she has invested her own money to buy materials and to pay for maintenance work.

Last June, DRNA Secretary Anaís Rodríguez Vega signed a 90-day amnesty for community aqueducts that operate informally to normalize their situation without being referred to the agency’s Office of Legal Affairs and avoid being fined.

However, several leaders of neighborhoods that have community aqueducts told the CPI that the DRNA did not consider them when planning the amnesty, nor were they informed about the process so they could benefit from it and legalize their status.

“We don’t know what was approved, because it says there’s an amnesty, but it doesn’t say under what conditions. You call the person in charge of the amnesty in [the Department of] Natural Resources and they tell you that you must pay $200 up front, plus you must pay off the debt [of the fines for using water without having a franchise]. So, where’s the amnesty?” questioned Miriam Matos Díaz, who chairs the Puerto Rico Non-PRASA Aqueduct Systems Organization (OSAN, in Spanish).

Ramón Vega, delegate of the Community Aqueducts Association, agreed on the lack of clarity about the amnesty’s requirements and the alleged lack of will to reach agreements with the communities.

“The [DRNA] Secretary treats us like evaders. That’s not true because 98% of the community aqueducts comply with the Department of Health, with the CRIM [Municipal Revenues Collection Center], with the Treasury Department. The noncompliance is only happening with [the Department of] Natural [and Environmental] Resources because they don’t foster the proper environment to want to help us,” said the association’s delegate.

The CPI contacted the DRNA to request guidelines and specific information on the amnesty announced on June 8. The agency responded by sending the Administrative Order establishing the amnesty.

The document establishes that each request must include: a $200 filing fee, a certification from PRASA indicating that the public corporation “cannot provide the service or it is deficient,” a system flow diagram, an affidavit indicating the origin of the well and the start of its operation, a Corporate Validification Certificate from the Department of State issued to the entity that manages the aqueduct, photos of the water meter, as well as, coordinates of the extraction system.

For the Secretary of Natural Resources, the amnesty contains precise language and argued that she has not received any complaint that the requirements are not understood.

“The order is quite clear,” said Rodríguez Vega, who stressed that her agency’s staff has the willingness and knowledge to respond to any questions about the order.

However, when the amnesty expired this last Tuesday, the DRNA had not received any request from any informal aqueducts asking to normalize their status, the agency’s press officer, Joel Seijo, said. The agency told the CPI that it will sign an extension of the Order that will last until Dec. 31.

Another of the DRNA’s requirements to apply for amnesty is that the corporation that manages the community aqueduct owns the land where the system is located. This, even though many of the community aqueducts that the agency legally recognizes don’t have the titles of the land where the well and infrastructure are located, the CPI reported last month.

When the CPI questioned her about this requirement, Rodríguez Vega said that “this is included in the requirements that are in the regulations. The important thing here is that there’s communication, to see if there’s an ownership problem, how we can help and if there’s any other solution regarding that.”

Contrary to the DRNA, federal agencies do not always require ownership of the land to allow participation in their programs. For example, the Federal Emergency Management Agency (FEMA) does initiate a process for those who request funds from the Public Assistance Program, even if they do not own the land. This process includes organizations that manage community aqueducts and request recovery funds for the repair or replacement of infrastructure associated with these water systems.

In written statements sent to the CPI, FEMA explained that if the person claiming the aid for Public Assistance Program financing is not the landowner, then they must establish their legal responsibility for repairs to the facility related to the disaster through documents backed by either a written agreement or other legal evidence.

“In the absence of an outright transfer of legal responsibility in a legally binding document, FEMA believes that the owner of the facility has retained all rights and obligations in connection with or arising from that property, including any improvements to it,” the federal agency said.

Meanwhile, the EPA Administrator explained that to request money from the $78 million budget item that Puerto Rico will receive for water infrastructure, the federal agency will give a hand to help clarify questions related to the land ownership issue.

“Obviously we want to make those resources available, and where the immediate land ownership may not be determined, we want to provide the technical assistance, so we can determine who owns the land,” Regan said when asked by the CPI.

“If the water sources are located where the ownership of the land cannot be determined, technical assistance can provide the guidelines to relocate that water source, so that there can be continuity in the operation of that system,” he said.

Regan did not comment on the ownership requirement requested by the DRNA to benefit from the amnesty that would give way to formalizing a franchise. However, he stated that the federal agency will look to help the community come into compliance.

“If land ownership is an absolute requirement, we are making funds available to help these communities determine who owns the land. That’s part of our process, freeing up resources to make sure that we are actually helping the communities,” Regan said.

Access to drinking water and sanitation is a human right recognized by the United Nations (UN) since July 2010. It is recognized as a right “essential for the full enjoyment of life and all human rights.” In its resolution, the UN urges States to step up efforts to provide the entire population with affordable access to drinking water and sanitation. 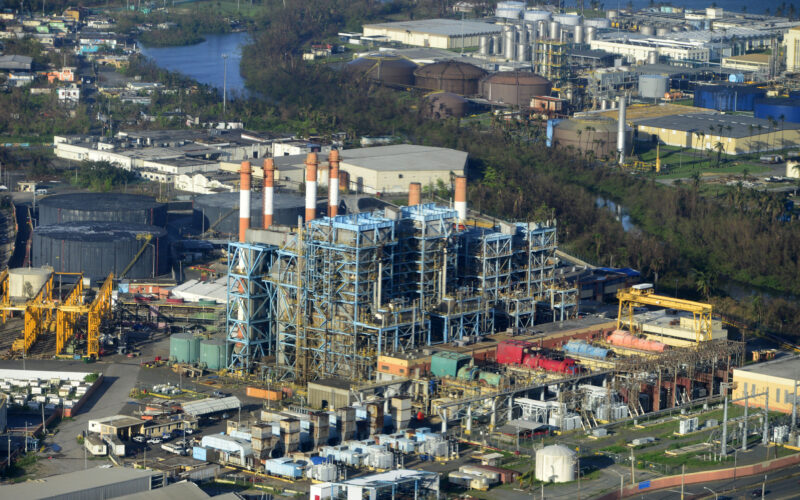 Out of Service 33% of Puerto Rico’s Air Quality Monitors