The successions of bureaucratic setbacks for the reconstruction of the Vieques health center includes false information from the Resident Commissioner and FEMA’s insistence to reverse its own decisions and repeat studies that have already been completed.

An elderly woman who dies from complications from diabetes that has been poorly treated, a young athlete who got hurt and cannot be evaluated with x-rays, a community leader with cancer who has to travel on a dirty cot in the back of a plane because, in Vieques, they cannot tend to complications due to surgery, a sick newborn who is transferred by helicopter in an emergency because there is no equipment on the island municipality to monitor his oxygenation, women who have to plan their deliveries and end up doing c-sections because they can no longer give birth in Vieques.

They are all victims of the lack of adequate medical services in Vieques, a municipality nine miles East of the “big island” of Puerto Rico, aggravated after Hurricane María destroyed the only Diagnostic and Treatment Center (CDT, in Spanish), and a maritime transportation system that barely works. Some basic services have been temporarily reestablished in a school that served as a shelter. But the health care needs of the “Viequenses” require a permanent medical facility, better than the one there was two years ago, which was already precarious.

The cost of replacing the Vieques CDT destroyed by Hurricane María in September 2017, was estimated at $70 million. However, the Federal Emergency Management Agency (FEMA) did not agreed with that figure and reassessed the project with the Central Office of Recovery, Reconstruction and Resiliency, known as COR3, to reach a preliminary agreement of $46 million, FEMA Spokesman Juan Antonio Rosado confirmed to the Center for Investigative Journalism (CPI in Spanish).

Puerto Rico’s Resident Commissioner in Washington, Jenniffer González, announced the $46 million allocation for the project, but the federal agency denied it and assured the CPI that it is not an assignment, but rather a preliminary fixed cost estimate agreement. The fixed cost estimate agreement is an indispensable step for money to be allocated under the FEMA Public Assistance Program.

“At the request of the Resident Commissioner, Jenniffer González, Mr. Alex Amparo [FEMA’s new Federal Disaster Recovery Coordinator] visited her office to provide updated information and answer questions on various issues, including the status of the reconstruction project of the Vieques health center. During the meeting, Mr. Amparo informed the resident commissioner that all parties [Vieques, COR3 and FEMA] have reached an initial agreement on a preliminary estimate of $46 million to rebuild the health center,” said Rosado.

“To be clear, this has not been finalized and is still ongoing. That estimate should be validated by an independent third-party panel, in accordance with our procedures, since it is [a project] worth more than $5 million,” he said.

If in effect the estimate amounts to $46 million, the sum would be just over half that of the initial $70 millions estimate for the municipality’s health center.

About the new facility that will be built, another FEMA spokesman, Daniel Llargués, told the CPI that “last week we began a process to reconcile the differences, which are the specific elements of the new facility. This project is in the final stages of the process.”

He added that the formal announcement would be made when the process of allocating funds is finalized, but did not specify when that could happen.

One of the issues that caused disagreements between FEMA and COR3, according to the government of Puerto Rico, is the designation of the facility as a CDT, or medical services clinic, and not as a hospital, although it is the only facility on the island municipality that operated 24 hours a day, seven days a week, had an emergency room and, for some years, had a functional delivery room. FEMA uses different codes for clinics and hospitals, and considers that replacing a clinic requires less funds than a hospital. 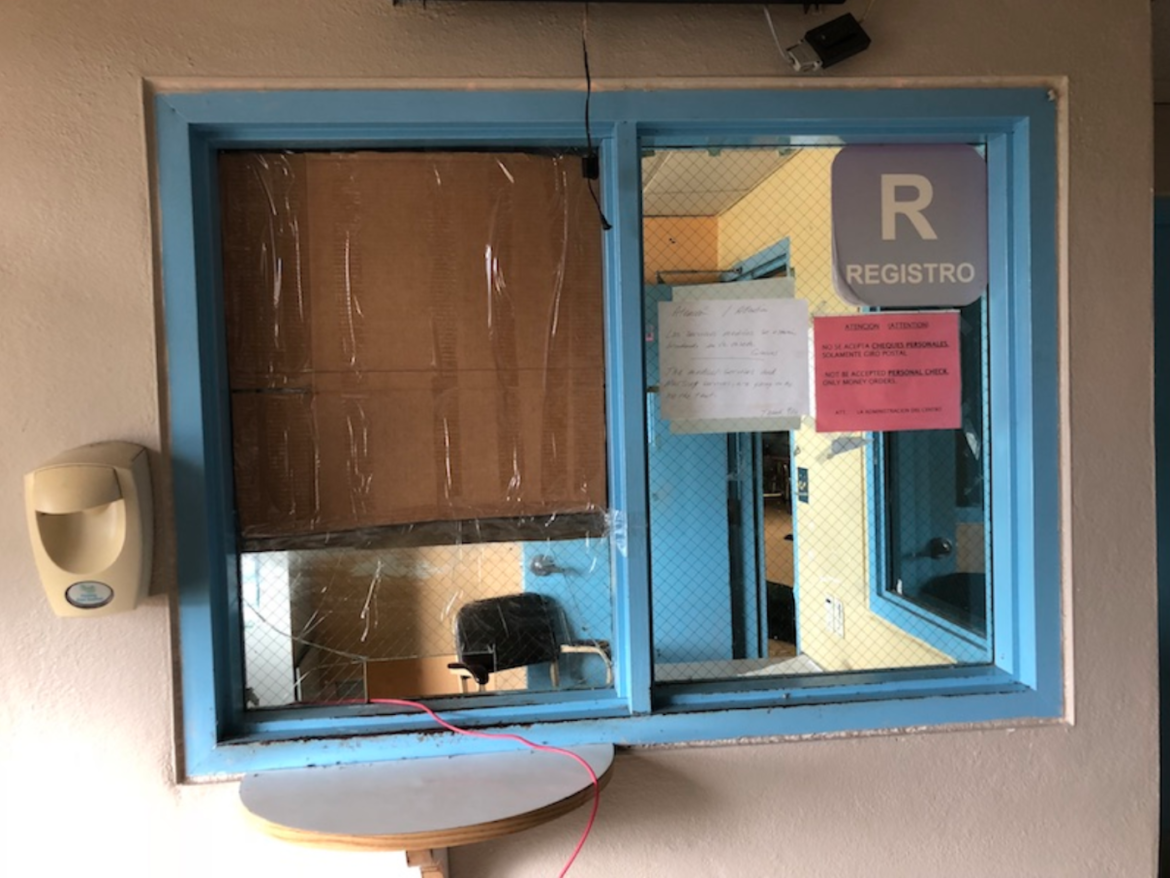 Former COR3 Executive Director Omar Marrero delivered a presentation in April to the U.S. House of Representatives Natural Resources Committee in which he used the Vieques hospital case as an example of the delays caused by the application that FEMA has given in Puerto Rico to the alternative procedures of Section 428.

Section 428 of Alternative Procedures is part of the Stafford Disaster Recovery Act that allows the FEMA Public Assistance Program to allocate more money to jurisdictions so they can rebuild damaged structures stronger than they were before the disaster. Under the traditional procedure, structures can only be repaired to return them to the condition they were in before the storm. One of the main conditions that Section 428 established for FEMA to approve the allocation of money is that fund applicants, COR3 and FEMA agree on a fixed cost estimate for the project. After that agreement, FEMA will not provide any other funds for the same project.

Puerto Rico is the first jurisdiction where Section 428 is applied on a large scale. This has been one of the reasons why the allocation of recovery funding is delayed.

According to Marrero, COR3 and FEMA initially agreed to evaluate the estimated costs of repair, as well as the estimates of a complete replacement of the structure. As a result of these estimates, in March 2018, FEMA agreed to replace the hospital. The reconstruction project worksheet was submitted to FEMA in October 2018. However, the following month, FEMA announced its intention to reconsider the decision to rebuild the health center, stopping the process and assigning a new evaluation to a panel of experts.

Omar Marrero was the Director of COR3 for a little less than two years since the agency was created in 2017.

In January 2019, FEMA informed COR3 that, due to a new study, it would only repair the structure instead of replacing it.

Marrero informed Congress that the decision was made without the panel of experts ever visiting the facility. He identified “a series of questionable assumptions” in the study that FEMA uses to justify the decision. He said, in part, the inaccurate assumptions made by the panel of experts were the result of its analysis of incomplete draft versions of the extent of damage and the scope of the work. He added that FEMA lost some of the documentation that had already been produced, including a study on mold in the facility, which had to provided again by COR3.

With this decision, FEMA sought to slash the funding that would be allocated to the Vieques health center by more than 50% and prompted the process to re-start from scratch, 18 months after the hurricane.

“At this point [April 2019], we have lost almost a year due to FEMA’s ambivalences with no funds approved and without providing the municipality with the capacity to even begin the architectural and engineering work necessary to rebuild the hospital,” said Marrero.

He argued that only the ongoing pressure from Puerto Rico and members of Congress that FEMA finally accepted that the facility could be rebuilt according to the provisions of the Bipartisan Budget Act, which allows the use of Section 428 to make the structure more resistant.

However, FEMA “refuses to include the substantial growth of mold and the important associated health risks in any justification…they don’t want to replace other facilities in Puerto Rico for similar reasons,” Marrero said in his presentation.

FEMA attributed the delay to “errors, inconsistencies and ambiguities in cost estimates and supporting documentation” identified by a panel of experts in a statement to CPI. In the final report that this panel delivered to FEMA in January 2019, it recommended re-conducting studies that had already been done “to resolve some uncertainties.”

After Marrero’s complaint, FEMA reverted its decision and on May 24, 2019 determined that the hospital is eligible to be rebuilt.

Meanwhile, a municipal legislator from Vieques, Elda Guadalupe, denounced that her group does not have information on how the work is being carried out to provide a hospital to the residents of the island municipality.

“The space we have now is not adequate. It does not provide a private place to attend the area of gynecology, there is no equipment to oxygenate infants,” she said.

The situation is aggravated by the inconsistency of the ferry service between Vieques and the island of Puerto Rico.

“In an emergency, they transport you by plane [to the big island], but to come back, you have to wait for the ferry, the same way we are waiting for the hospital,” Guadalupe said. 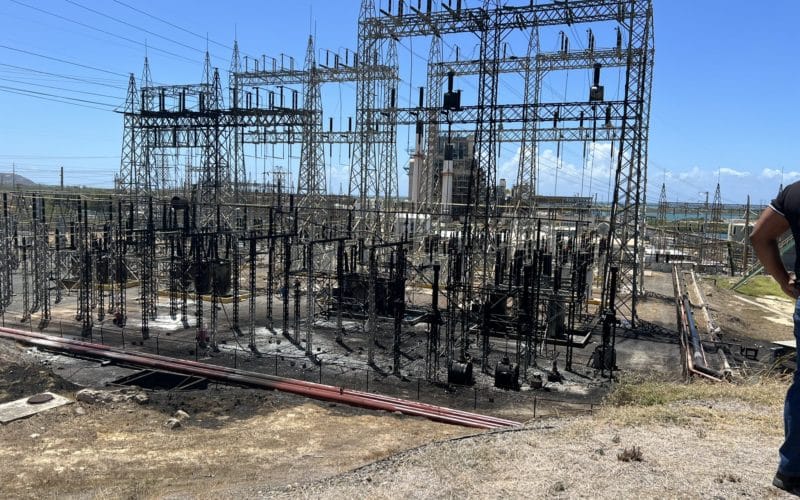