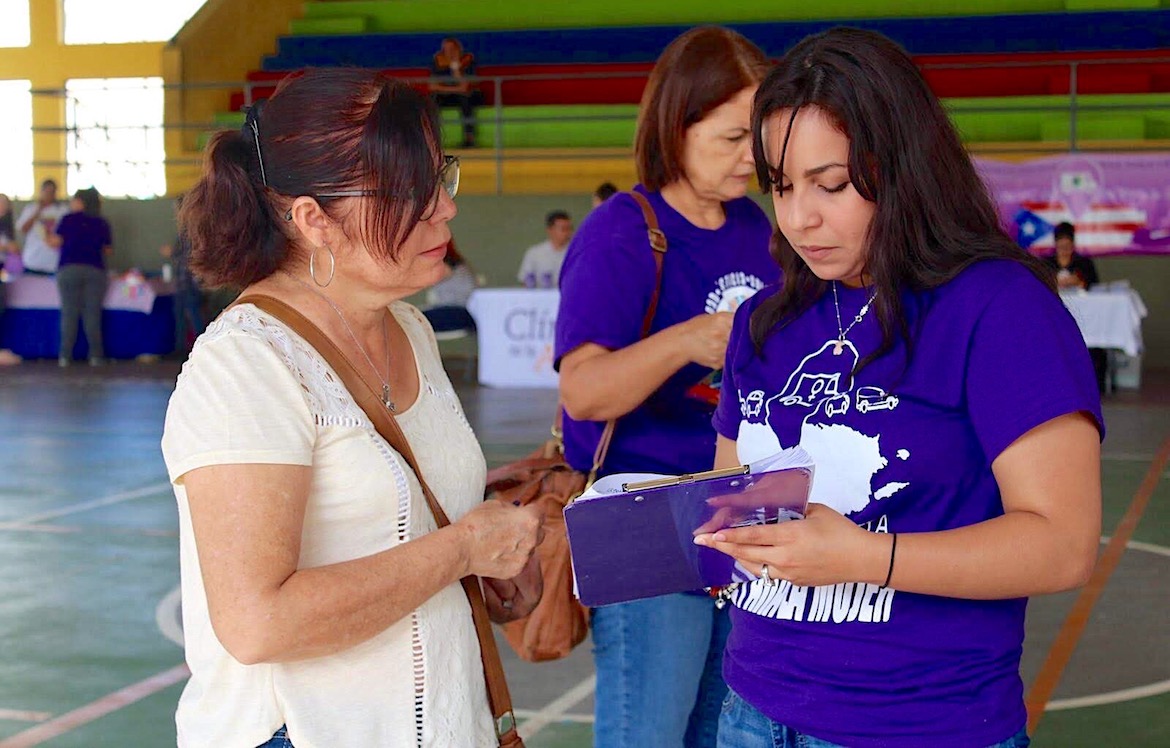 This story was published in partnership with the Center for Public Integrity.

After Hurricane Maria devastated Puerto Rico, social worker Erica Colón Ortega organized psychologists, therapists and religious counselors to meet with residents in her community of Dorado. Many living there had lost all their possessions after flood water rushed into homes sitting along the river. As Colón Ortega talked to residents about their losses, she also heard about the emotional toll — feelings of despair, sadness and anguish as they struggled to rebuild.

Now, as COVID-19 surges, mental-health needs in Dorado and across Puerto Rico are further mounting, she and other experts warn. Colón Ortega and other social workers are trying to help, but they say their efforts fall short because they’re not officially recognized as disaster-response workers.

Puerto Rico has about 6,000 social workers at government agencies and nonprofit organizations, according to federal estimates. They’re charged with helping the most powerless and vulnerable, and during a crisis, they coordinate temporary housing, get help for children in dangerous living conditions, distribute food to the elderly and connect people with legal assistance. 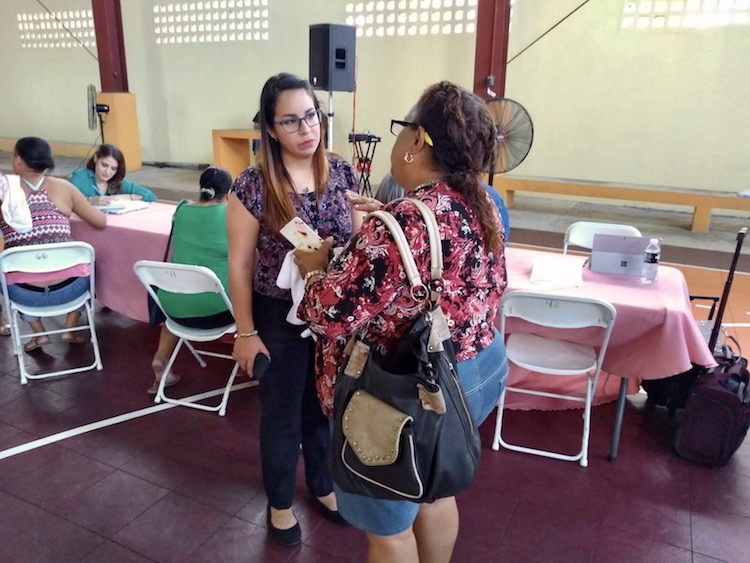 They’re also among the first to respond to disaster mental-health needs, from anxiety and sleeplessness to post-traumatic stress. There’s been far too much to do since 2017: Hurricane Irma followed by Maria, earthquakes and then the coronavirus, all hitting communities gouged by a decade-long recession and sharp budget cuts. In July, Tropical Storm Isaias brought yet more flooding to the island, a potent reminder of the harm that worsening climate change can wreak here.

“In the past three years, we had four major disasters,” Colón Ortega said in Spanish. “In the face of all this, our emotional vulnerabilities have been heightened. … Now, we have a collective issue of mental health that is being compounded by the lack of resources like child care, the fear of [getting infected when] leaving home — we’re very caring, we believe in camaraderie here, but we do have a mental-health problem.”

The Center for Public Integrity, Columbia Journalism Investigations and other newsrooms, including Centro de Periodismo Investigativo, asked people providing disaster survivors mental-health aid to share their experiences. More than two dozen from Puerto Rico responded to the questionnaire, and about 85 percent said the mental-health response they saw after Maria or other recent disasters was “poor” or “fair.” Just over half described their community’s overall availability and accessibility of mental-health services as “poor.”

Mental-health professionals said in that survey that they are seeing more cases of anxiety and depression throughout Puerto Rico. Many said they wanted government officials to focus on establishing a disaster-readiness plan that addresses the long-term psychological needs that come after these events.

Social workers in particular are pressing to be part of that effort. Legislation proposed in June, requested by social workers, would have recognized them as essential personnel in times of crisis. The proposal required employers to provide personal protective equipment to these workers and given the profession a seat on government committees overseeing disaster response and hurricane rebuilding. But the proposal died in Puerto Rico’s Senate.

Social workers say they’re worried that traumatized communities will pay the price for the limitations they face doing their work during crises, such as COVID-19. 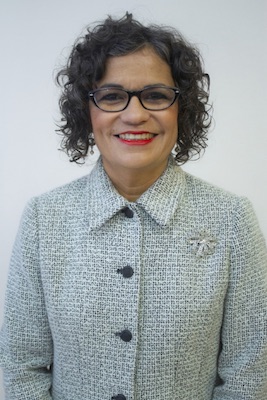 “We are now seeing situations where people are having difficulties with the isolation that comes with having to stay at home,” Mabel López Ortíz, president of the College of Social Work Professionals of Puerto Rico, a regulating body of social workers in Puerto Rico, said in Spanish. “We are seeing problems of intra-family violence, domestic violence, and elderly abuse. As social workers, we are the most capable of stepping into these situations and managing these tense situations.”

Two years before Maria hit, then-Gov. Alejandro Garcia Padilla said Puerto Rico was $72 billion in debt and could not repay it. Austerity measures followed, from increased taxes to cuts in social services.

The commonwealth has struggled to keep its residents from migrating to states including Florida, New York and Texas as they search for jobs. In 2016, the president of the College of Physicians and Surgeons of Puerto Rico warned that low insurance reimbursements and increasing expenses were causing an exodus of thousands of doctors from the island. Maria further fueled those trends: 130,000 people left Puerto Rico from July 2017 to July 2018, a period spanning the hurricane, according to the Census Bureau. Medical professionals were among that group, and they continue to leave.

“They can go to a state and charge so much more per patient,” said Dr. Karen G. Martínez, director of the Center for the Study and Treatment of Fear and Anxiety at the University of Puerto Rico. “I’m the chair of the psychiatry department here … and this year, all six of our psychiatry residents, they all left for the mainland U.S.”

The number of social workers on the island is also declining, according to the profession’s regulating body, but it’s not clear whether that’s driven by moves or job cuts.

This comes as the repeated disasters undercut mental health, according to experts and residents. More than 70 survivors from Puerto Rico shared their experiences with Public Integrity, CJI and Centro de Periodismo Investigativo, and about two-thirds said they were currently or recently feeling emotional challenges they linked to a previous disaster, in most cases Maria. Nearly as many said the coronavirus pandemic is adding to their disaster stress, anxiety or depression.

That puts more pressure on the psychiatrists, psychologists and counselors who remain in Puerto Rico, as well as the people — including social workers — trying to provide or coordinate emotional support.

Marieli Dávila, a social worker, says she saw an immediate increase in first-time patients at the mental health clinic she was working at in Maria’s aftermath.

“When we asked patients for their primary reason for coming in, we would get a variety of answers,” she said in Spanish. “Some had lost their homes or their jobs, but most of them had the same starting point — Hurricane Maria.”

Dávila says the federal government’s systemic failures in the hurricane’s aftermath worsened the mental health of survivors. In 2018, the Federal Emergency Management Agency detailed in a report how staffing shortages, logistical challenges in coordinating with local governments and a lack of supplies such as generators left the agency unprepared to adequately respond.

“There is no … accountability when it comes to dealing with these events,” Dávila said. “And we know that the government’s response can’t be perfect, but it can’t be so vastly imperfect either.”

She sees similar problems as Puerto Rico struggles to contain the spread of COVID-19. She and other social workers are coping by creating an ad hoc network of care through social media platforms, where they share information and materials to help each other give better assistance.

“We mobilized. We created a space where we could ask each other, ‘Hey, what’s the crisis hotline?’ or ‘How can I make contact with the homeless community?’” Dávila said. “The lack of designation as an essential worker doesn’t keep me from doing my job, but it doesn’t allow people to get the services they need. How can we come up with guidelines for visiting the elderly, for example, who are at risk of never having another visitor for the remainder of their lives, if we are not part of those committees?” 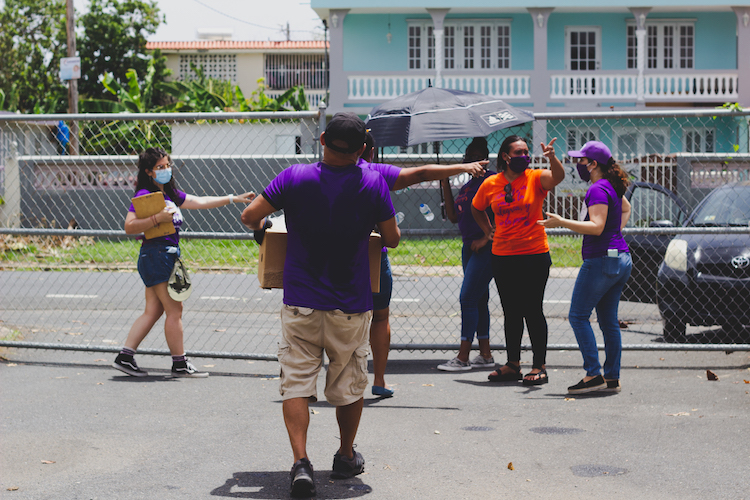 López, the president of the social worker regulating body, helped draft the proposal that would have recognized social workers as essential workers in Puerto Rico. Without that, she said, the profession is disconnected from the rest of the island’s public health system during emergencies.

The governor’s office declined to comment and referred questions to the Department of the Family, the agency that employs the most social workers on the island. That agency did not respond.

López had hoped the legislation to grant social workers essential worker status would become law after majority Sen. Miguel Romero Lugo, who represents San Juan, submitted it in June. Now, she said, it will be reworked for the next legislative session in January.

Romero Lugo did not respond to requests for comment.

In the meantime, Lourdes Inoa Monegro, director of the women’s health program for Taller Salud, a nonprofit healthcare organization, said people are trying their best. Taller Salud is based in Loiza, a largely Afro-Caribbean seaside city and one of the poorest municipalities in Puerto Rico. 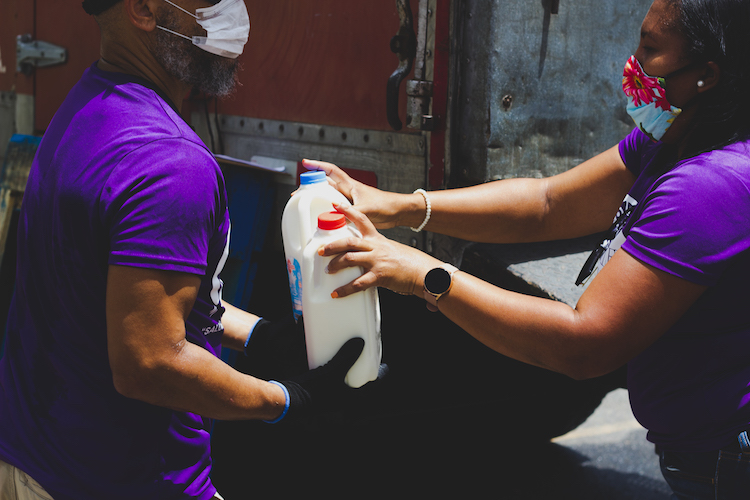 After Maria, “There were people living on their rooftops. Some of these communities were underwater for two weeks. We had to deliver food and supplies to them on paddle boats,” she said in Spanish. Residents went six months without electricity.

Seeing a brewing mental health crisis, Inoa Monegro gathered social workers, psychologists and other mental-health professionals for a festival for residents that promoted joy and well-being. Workshops focused on coping and stress management. About 80 people attended and most continue to get mental-health treatment from Taller Salud today, she said.

“The government was completely ignoring the mental needs of the public because the focus is totally on the biomedical aspect of healthcare,” she said. “And that’s why you have social workers saying they feel neglected and the process of treating the people going through this kind of trauma is overlooked.”

The Center for Public Integrity and Columbia Journalism Investigations collaborated on this project with newsrooms around the country: California Health Report, Centro de Periodismo Investigativo, City Limits, InvestigateWest, IowaWatch, The Island Packet, The Lens, The Mendocino Voice, Side Effects Public Media and The State.