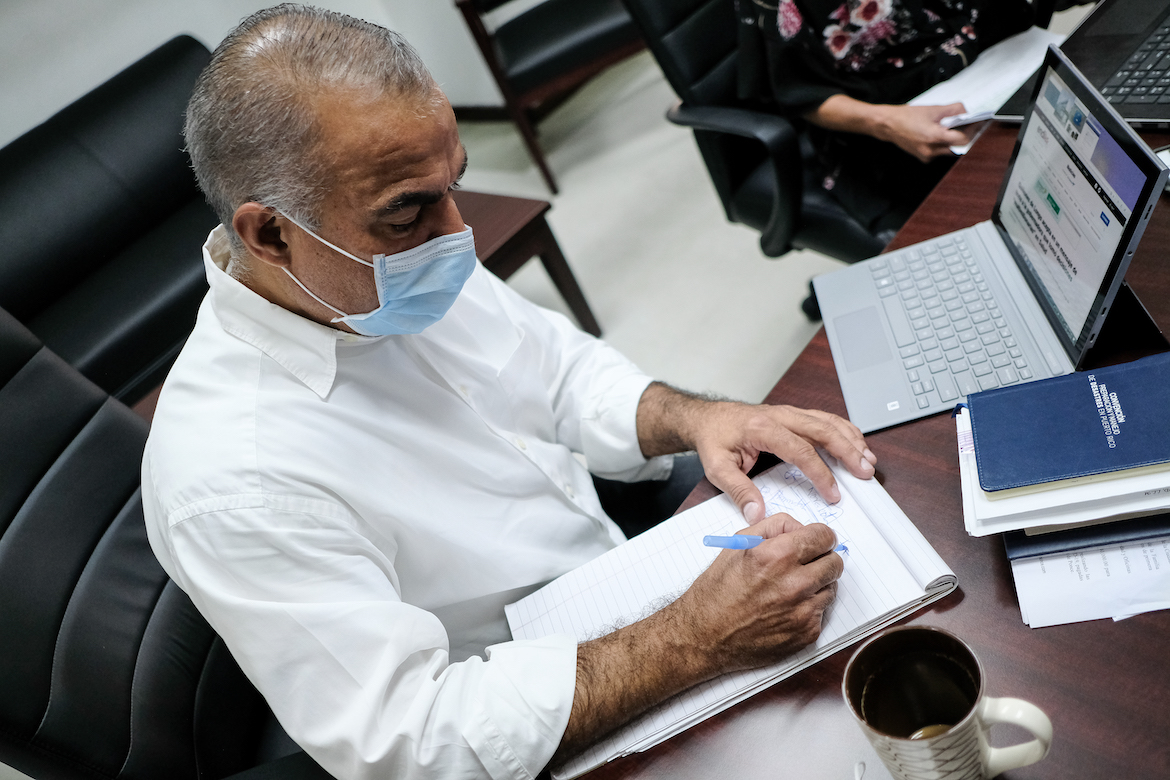 The Department of Health is still behind on its process for updating, sharing and publishing data.

A little over a month ago, Department of Health Secretary Lorenzo González Feliciano made an ambitious announcement about a collaboration between his agency and the Puerto Rico Institute of Statistics to share raw data and information on a daily basis about who is getting tested for COVID-19, but the agency admitted having a hard time delivering the agreed upon information.

The Institute of Statistics web page is one week behind on most of the data related to the COVID-19 pandemic and lacks essential information to understand the evolution of infections and deaths from the disease.

The Department of Health has not yet provided the Institute of Statistics with updated data on “unique” negative cases, those that are pending and inconclusive, and the total number of tests performed, segregated by type of test (molecular or serological), and according to the date on which they were done.

This information is essential to determine if there has been a real drop in confirmed COVID-19 cases, which was the argument that Gov. Wanda Vázquez Garced used to begin the second phase of the economic reopening this week.

The “unique” case is a new category created by the Department of Health that refers to the data that has been revised, after more than a month of reporting the figures incorrectly, even possibly doubling or tripling them.

The agency had 10 days to respond to the new information request from the Institute of Statistics but alleged in its request for an extension that “the 10-day period to submit all the information is not enough. Not only because the information is being worked on manually, but also because we have faced computer system problems, and recently, had an electrical power interruption [in the information systems area] that left us without service during a full afternoon and morning — a situation that prevented officials from doing the work.”

The Department of Health never implemented an information network to manage COVID-19 data. The agency was working with Excel tables manually from the beginning of the emergency until it began to receive the data digitally from the laboratories. Juan Rexach, president of the Association of Clinical Laboratories of Puerto Rico, said the Department of Health has always requested the data report through a manual form, even before the COVID-19 emergency.

“It’s written on a sheet of paper and sent by fax or by email. The Bio Portal was established overnight. It was like: ‘We woke up on Monday, there’s the Bio Portal, use it.’ They offered training through one person. There are laboratories that have learned how to use it, but it has been a process,” said Rexach.

But due to technical problems, for a few days, the Department of Health received only manual data, Ilia Morales, executive director of the Toledo Clinical Laboratory, confirmed. Still, labs continue to report data, either through that website or manually.

Morales also said her laboratory does not combine serological and molecular tests because the first are not diagnostic — it’s the Department of Health that combines them, she said. Another factor affecting “unique” case statistics is that labs can report whether a patient has more than one test done at their facility, but they have no control over whether people have multiple tests done at different labs, she added.

“The Department of Health said it was going to solve that with a single ID, but we don’t know how it is,” Rexach said.

Regarding the possibility of going to court to gain access to the data, Disdier said that, while the Institute of Statistics regulations allows it, the Board of Directors decided to grant the Department of Health the extension it requested on May 22 for now. The countdown began on May 25.

“We have to wait and see how it moves along before moving forward to the next step,” Disdier said.

He added that although he informed the Department of Health about the Board of Directors’ response, there’s been no feedback from the Secretary or his representatives on this issue as of press time.

According to Act 209-2003 that created it, the Statistics Institute has the responsibility to request information, both from the public and private sectors, and promote a public policy on statistical data development. Among other things, it should encourage public access and the speedy delivery of data, statistics and information-based reporting produced by government agencies.

The data that the Department of Health has not released, such as the total number of tests done, as well as negative, pending and inconclusive results, have not been sent to the media or made public since April 23, according to the agency’s dashboard.

On May 22, the Department of Health sent a press release confirming that as of May 21 there were 89,430 tests included in the Bio Portal, the agency’s internal platform.

But those are the tests that were registered in their system as of that date, which is why they cannot be interpreted as the total number of tests conducted across the island through May 21. In addition, they are tests that have been done, but are not unique. For example, there may be several tests performed on the same person.

Of those 89,430 performed tests, 41,701 are molecular, the Department of Health confirmed. However, Toledo Laboratory told the CPI that the number of molecular tests reported by the six laboratories that are reporting totaled 86,500 as of May 22.