Blackouts have worsened since LUMA’s arrival, a company document confirms

The corporation’s first reliability report confirms that it took almost twice as long to restore power to customers in its first quarter of operations, compared to the Puerto Rico Electric Power Authority.

The Fantasy of the Fiscal Plan for Puerto Rico

The most recent version of Puerto Rico’s fiscal plan for its central government would chart the future of the country, giving some degree of certainty to citizens, businesses and investors to bet on the island’s dismal economy. Yet it is built on economic projections totally incompatible with the historical experience of places that have been destroyed by hurricanes the world over. The plan also clashes with what has been Puerto Rico’s economic trajectory. In the past 30 years, the economy has never reached annual growth such as that estimated for fiscal year 2019 by the financial team of Governor Ricardo Rosselló Nevares. The group is led by Christian Sobrino, governor’s representative before the Fiscal Control Board (FCB), chief economic adviser to the governor, president of the Government Development Bank and chairman of the Financial Advisory & Fiscal Agency Authority (AAFAF by its Spanish acronym); and Gerardo Portela, executive director of AAFAF and by virtue of his position, member of the boards of directors of all public corporations.

The Center for Investigative Journalism reveals how the rules for company AES in Puerto Rico were changed backstage. In addition, officials from government agencies react to the coal ash problem.

They promised jobs… and brought ashes

The whereabouts of the millions of tons of coal ash that have been spilled on the island expose its effects on health and their potential threat to the Southern Aquifer.

Something happened in Arroyo Barril

Eight years have passed but Amparo Andújar Maldonado does not forget. She lost her first child while she was approaching the fifth month of her pregnancy. Nor does she erases from her mind giving birth to a disfigured fetus, with cranial malformation, something incomprehensible for a healthy 27 year old woman, counting with quality prenatal care. But Amparo was not alone. From 2005 to 2008, the rate of miscarriages and premature births rose suddenly in the Encantado neighborhood of Arroyo Barril, a working-class rural and coastal town, north of the Dominican Republic. 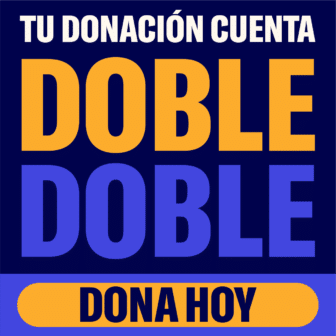