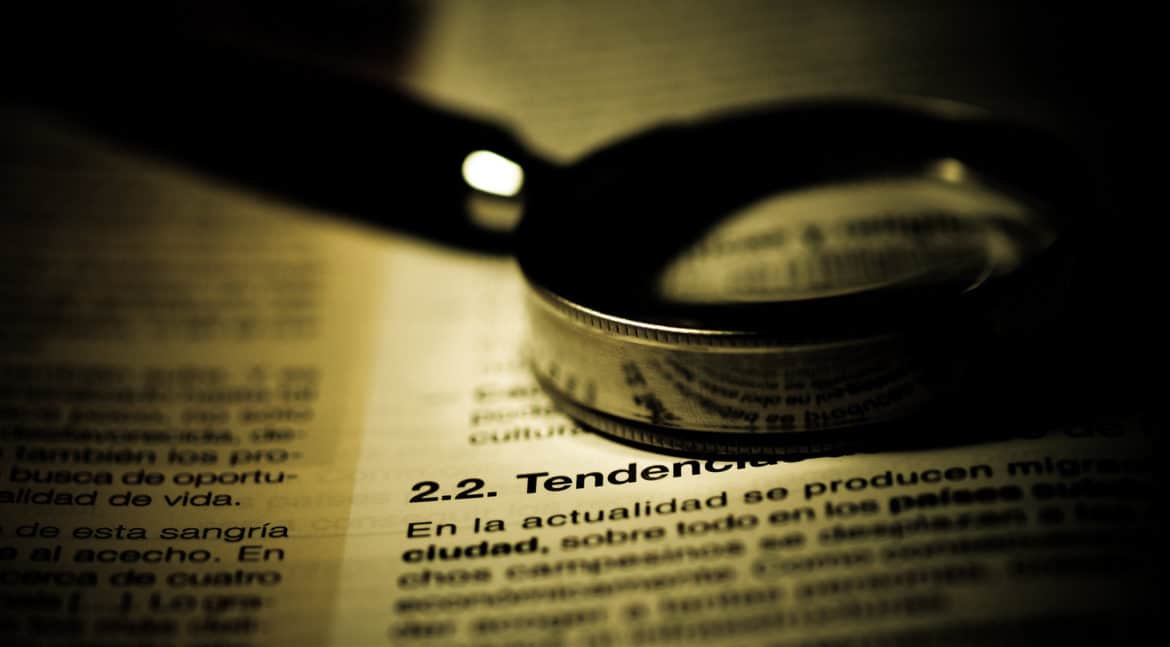 The CPI makes available to the public two databases on Information Officers and Data Officers.

Photo by Pablo Lorenzo via Visualhunt

More than two years ago, laws were passed to ensure the availability of specific data generated by public agencies and to establish procedures to access government information. The Center for Investigative Journalism (CPI, in Spanish) found that the government has appointed 98% of the Public Records Officers and only 36% of the Data Officers in the agencies, while the contact information for the majority of these appointed officials has not been made available to the public.

Approximately 20% of both types of officers’ appointments occurred after the CPI sent public information requests in January.

In an exercise to oversee the implementation of Act 122 of 2019, “Puerto Rico Open Government Data Act,” and Act 141 of 2019, “Transparency and Expedited Procedure for Public Records Access Act,” the CPI sent information requests on the compliance of these statutes to La Fortaleza (the Governor’s Office), the Office of Management and Budget (OGP, in Spanish), and the Puerto Rico Innovation and Technology Services (PRITS).

In light of the information received in response to these requests, it is clear that there is duplicity, and even confusion, with regards to the appointments of Public Records Officers and Data Officers. In other words, in multiple instances, the government counts Public Records Officers as if they are Data Officers and, in turn, several government entities have appointed the same officials to both positions indiscriminately.

To centralize and standardize this information, with the help of law students from the Inter-American University of Puerto Rico School of Law’s Pro Bono Program, two databases were created (Public Records Officers and Data Officers) that compile such information in a searchable format.

The deficient way in which the government has collected this information, the fact that it is incomplete, and the discrepancies observed in their responses, cast doubt on the reliability of the data provided. For that reason, corroboration emails were sent to at least 12 agencies. The responses mainly validate the information received, which is why the CPI is now making it available to the public.

On July 12, 2021, the government’s Chief of Staff, Noelia García Bardales, issued Circular Letter No. OSG-2021-015 through which she required different government entities within the Executive Branch to comply with several provisions of Acts 122 and 141. The Letter, which is not available on La Fortaleza’s website, asked every Executive Branch entity (including public corporations) to identify, on or before July 16, 2021, at least three public sector employees designated and certified as Public Records Officials, as required by Act 141.

Likewise, it required the designation of the Data Officers as provided by Act 122. It also ordered the entities to begin the digitization process of the 16 categories of public data that Act 122 mandates “as soon as possible.” Finally, all these designations had to be published on the government entities’ websites and notified to La Fortaleza, and to the OGP (regarding the Public Records Officers), and the PRITS (regarding the Data Officers).

The CPI sent different requests asking for the contact information (name, position, emails, and telephone numbers) of all the Public Records Officers and Data Officers that had been appointed, and a list of the government entities that had already complied or were in the process of complying with the digitization of public data. In addition, it requested all communications (emails and letters, among others) received in response to the Circular Letter.

Under Act 141, the Public Records Officers are those officials in charge of receiving public records or information request made to any government entity (including the three branches of government and the municipalities), processing it, and facilitating access to the information or documents. The Data Officers under Act 122 are the officials in charge of the implementation of the open government and data public policy in each public entity.

To comply with the public policy of proactive and timely disclosure of information, meaning that the data is readily available without the need to request it directly, these Data Officers must supervise the digitization process of the 16 public data categories, including: the government entity’s budget and quarterly expenses; strategic plans, projected and achieved; personnel compensation and classification plans; bids or proposals received for works and services; minutes of bidding processes once they are granted or declared void;  any contracts executed with public funds, detailing the works, goods acquired or leased, and the services contracted; and the agreements for the modification, suspension or approval of urban planning, soil classification and zoning and any action that have an environmental impact.

Everything that the Chief of Staff requested in her Circular Letter should have happened more than two years ago. The government had an obligation to appoint the Public Records Officers six months after the approval of Act 141, or since February 1, 2020, and the Data Officers immediately after the approval of Act 122, or since August 1, 2019. The public data digitization process should have started a year after Act 122 was enacted, that is, on August 1, 2020.

Following up on the Circular Letter, and after the CPI sent the information request, the OGP issued Special Memorandum No. 001-2022 on January 28, 2022, with an online form for government entities to inform who their Public Records Officers were. Both OGP and La Fortaleza sent tables with different information about both the Public Records Officers and the Data Officers of all government entities. Lastly, PRITS submitted another table with available contact information for the Data Officers.

In addition to those tables, La Fortaleza, OGP, and PRITS sent the CPI emails from the agencies in response to the Circular Letter.

How this public information was produced demonstrates how the government has handled the implementation of these laws.

Several Public Records Officers in the Executive Branch, and its public corporations, were appointed after the CPI sent these information requests. However, their contact information has not been published on the websites for most entities, La Fortaleza or the OGP, as required by Act 141.

There are 121 government offices that have appointed at least one Public Records Officer. There are others that appear to have more than three Information Officers, while some include agency heads or secretaries as their Public Records Officers. In other cases, the agency’s information was not included in the table that La Fortaleza sent, even though the contact information of the officials was already on that agency’s website. This is the case for the Department of Public Safety.

Among the agencies that had not appointed officers prior to the CPI’s request are the Office of Women’s Advocate, the Office of Planning Board, the Department of Sports and Recreation, the Department of Health, the Puerto Rico Tourism Company and PRITS. The latter is responsible for implementing the island’s open government and public data policy.

In many cases, the positions or titles of the appointed officers were not produced to confirm the statutory requirement that at least two officers must be career public employees. From the emails received, it appears that very few entities are complying with other aspects of the structure that Act 141 establishes, such as whether their Public Records Officers will receive training regarding the obligations of said law. Only one entity, the Office of the Patient’s Advocate showed interest in receiving this type of training.

The PRITS interprets that the Circular Letter sent by La Fortaleza does not create an obligation to “monitor and/or supervise the compliance of the agencies regarding the digitization of documents.” Nor does it find an obligation “that the entity that carries out the digitization must notify PRITS of its process.”

In the end, it responded to the CPI’s request, stating that “it is evident that the digitization process” is “the responsibility of each particular agency.” However, it indicated that it established the Citizen Information Portal to publish certain statistics provided by the government services and that it made the Interface and Design Guides available to the agencies, so that they could create a platform to disclose the public data that Act 122 requires.

During the legislative process for the approval of Acts 122 and 141, no public hearings were held, the many amendments submitted by the civic groups that repeatedly request public information were not accepted either, and both were signed covertly the day before then-Governor Ricardo Rosselló left La Fortaleza. A true commitment to government transparency would have required that these laws had, from the beginning, the broad and active participation of different public interest groups.

Participatory efforts are currently underway in the House of Representatives to amend or repeal these laws. The CPI, along with other civic organizations and government officials, has participated in these processes; the outcome and scope of which remain to be seen. Meanwhile, the deficient and inconsistent compliance of the government in the implementation of the current Transparency and Open Data laws shows that there is still a long way to eradicate the culture of obscurity that prevails in much of Puerto Rico’s public sector.