The Department of Housing (DH) paid more than $5 million for projects that were not done or were deficient under the Tu Hogar Renace housing reconstruction program, according to an evaluation by the Puerto Rico’s Office of the Comptroller (OCPR, in Spanish), conducted in 2018, but kept under wraps until now. The DH paid $5,817,382 for 633 work orders where at least one of the jobs was not done or was insufficient , as part of the program established after Hurricane María in 2017. The OCPR flagged the payment as contrary to the “policy that the Department established, that an unfinished case could not be processed for payment.” In addition, the Comptroller’s Office stated that the jobs that were not performed or that were carried out poorly were “certified as done by the Oversight Manager, the Program Manager, and ‘pre-intervened’ by the Department.” The DH did not   react to the findings of this story. The firm Hage & Integra appeared as Oversight Manager of Tu Hogar Renace, while Adjusters International was the Program Manager. Adjusters is a subsidiary of Rising Phoenix Holdings Corp., whose more than $207 million contract has been one of the largest granted with recovery funds in Puerto Rico.

To access recovery funds, small-scale farmers are expected to drop their pick and hoe to write  business plans and submit documents such as payroll, affidavits and even college diplomas. A coalition of organizations dedicated to farming asked the Puerto Rico Department of Housing (DV) to address their claims to guarantee equitable access to recovery funds from the Puerto Rico Agricultural Re-Grow Program, since the guidelines to request funds do not respond to the needs and realities of the small-scale Puerto Rican farmer. The Re-Grow program has $92.5 million in funding from the Community Development Block Grant for Disaster Recovery (CDBG-DR) program. Of that amount, $30 million was set aside for the administrative work to be done by the Puerto Rico Science, Technology and Research Trust, an entity the DV hired   to implement the program. The Center for Investigative Journalism (CPI, in Spanish) had access to messages in which, since September 2020, the coalition asked the Trust to amend the Re-Grow program guidelines.

An environment of hostility, pressure, workplace harassment, persecution, intimidation and discrimination based on age and gender seems to reign in the Federal Emergency Management Agency’s Office of External Affairs in Puerto Rico, according to documented incidents since 2019 by at least 10 employees, most of them women. The Center for Investigative Journalism (CPI, in Spanish) learned of the situation through two separate sources who identify Juan Andrés Muñoz Torres and Ricardo Agosto Castro, director and deputy director of External Affairs, respectively, as the ones allegedly responsible for these harassment situations that have led to the resignation of employees, transfer of duties, assignment of unrelated tasks, and the roadblock to getting the work done in FEMA. The CPI learned that at least four of those employees submitted formal claims before FEMA’s Office of Equal Rights, under the “Notification and Federal Employee Antidiscrimination and Retaliation Act of 2002” (known as the No Fear Act), the Equal Opportunity Employment protections (EEO) and the Department of Homeland Security’s (DHS) Office for Civil Rights and the Freedom Policy Statement Against Discrimination, which covers FEMA. “I have the obligation to report that my co-workers and I have been persecuted, pressured, harassed, degraded as professionals for being isolated and without access to information and for being fully assigned to irrelevant tasks and treated in an insulting way,” one of the complainants of that office told a superior at FEMA in a document to which the CPI had access. However, almost two years after some of these complaints were submitted, the federal agency maintains both officials in their positions without penalizing them and has not offered a solution or protection to the people who have reported these behaviors, the two sources confirmed to the CPI, speaking  on condition of anonymity for fear of retaliation.

Ten of the 20 towns in Puerto Rico that have received a lower percentage of the recovery funds approved by the Federal Emergency Management Agency (FEMA) had new mayors taking office in January. The most notorious case is Vieques, which had only received 4.9% of the $51.3 million that FEMA obligated before the November 2020 elections, the Center for Investigative Journalism (CPI, in Spanish) found when comparing the funds allocated with the amount of money disbursed as of that date. In addition to the island municipality, the rest of the towns that elected new mayors and that had low percentages of FEMA money in their coffers were Culebra (7.3%), Adjuntas (9.6%), Patillas (14.8%), Arecibo (16.1%), Santa Isabel (18.3%), Lares (22.6%), Corozal (23.5%), San Lorenzo (24.1%) and Ponce (24.5%). There is a perception that after an emergency, the person closest to the residents are the mayors. However, research shows that this is not so in all cases, especially after Hurricane María in 2017 and the earthquakes in 2020.

When her children were studying at the Santiago Iglesias Pantín Elementary School in Barrio Obrero, Aileen Morales had to carry them on her back every time the streets next to Caño Martín Peña were flooded. She did not want them to arrive at their classrooms with their legs wet or with the stench caused by the dirty waters that for decades have affected the peace of communities, every time they experience heavy rains. Morales, who is a resident and community leader in the Parada 27 sector, has been watching the news for more than a decade reporting on the flooding events related to the Caño. She has also participated in annual meetings with members of the US Army Corps of Engineers (USACE). The flooding problems and the need to dredge this urban body of water are widely known issues both in Puerto Rico, and in some political circles in the United States, as a matter of environmental justice and health.

Two of the major projects after Hurricane Maria, carried out by the US Army Corps of Engineers (USACE), would involve periodic renourishment of San Juan’s famous beaches in Condado and Ocean Park with sand, along with a breakwater field. The federal agency also proposes to place stone revetment along a mile of coastline in Rincón. The projects seek to protect, over a period of 50 years, the properties and infrastructure of San Juan, in the North, and Rincón, on the West coast, from the waves, floods and erosion caused by storms and rising sea levels. The period to send public questions and comments about the proposal opened November 20, 2020 and ends January 6, 2021, in the middle of the Christmas season and the pandemic. The Center for Investigative Journalism (CPI, in Spanish) interviewed two oceanographers from the University of Puerto Rico’s Mayagüez Campus (RUM, in Spanish) and an oceanographic geologist from the Río Piedras Campus, who predicted that the Rincón project would eliminate the possibility of recovering the municipality’s already eroded beaches and that will have an impact on the future of tourism there.

In the Cubuy neighborhood in Canóvanas, having a cistern — sometimes two, or even three — is indispensable to deal with the unpredictability of the potable water service. When there is no such option, you have to resort to gallons, buckets or containers to store the liquid. Madeline Negrón, 48, a resident of the Eva Flores sector of this neighborhood, is witness to that, and she says it doesn’t take a hurricane, storm or a drought for the pipes to be empty for up to three days straight. When Hurricane María struck in 2017, the roughly 10 residents who live in this area had to wait several weeks before water service was restored. The situation is much worse in times of droughts, since Cubuy and other neighborhoods in Canóvanas are among the first sectors to get rationed when the levels of the Carraízo reservoir — located in Trujillo Alto — drop. 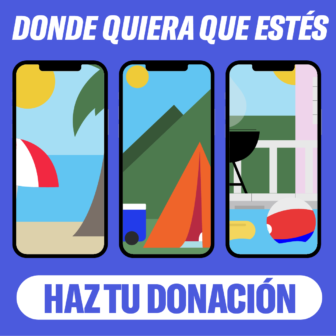 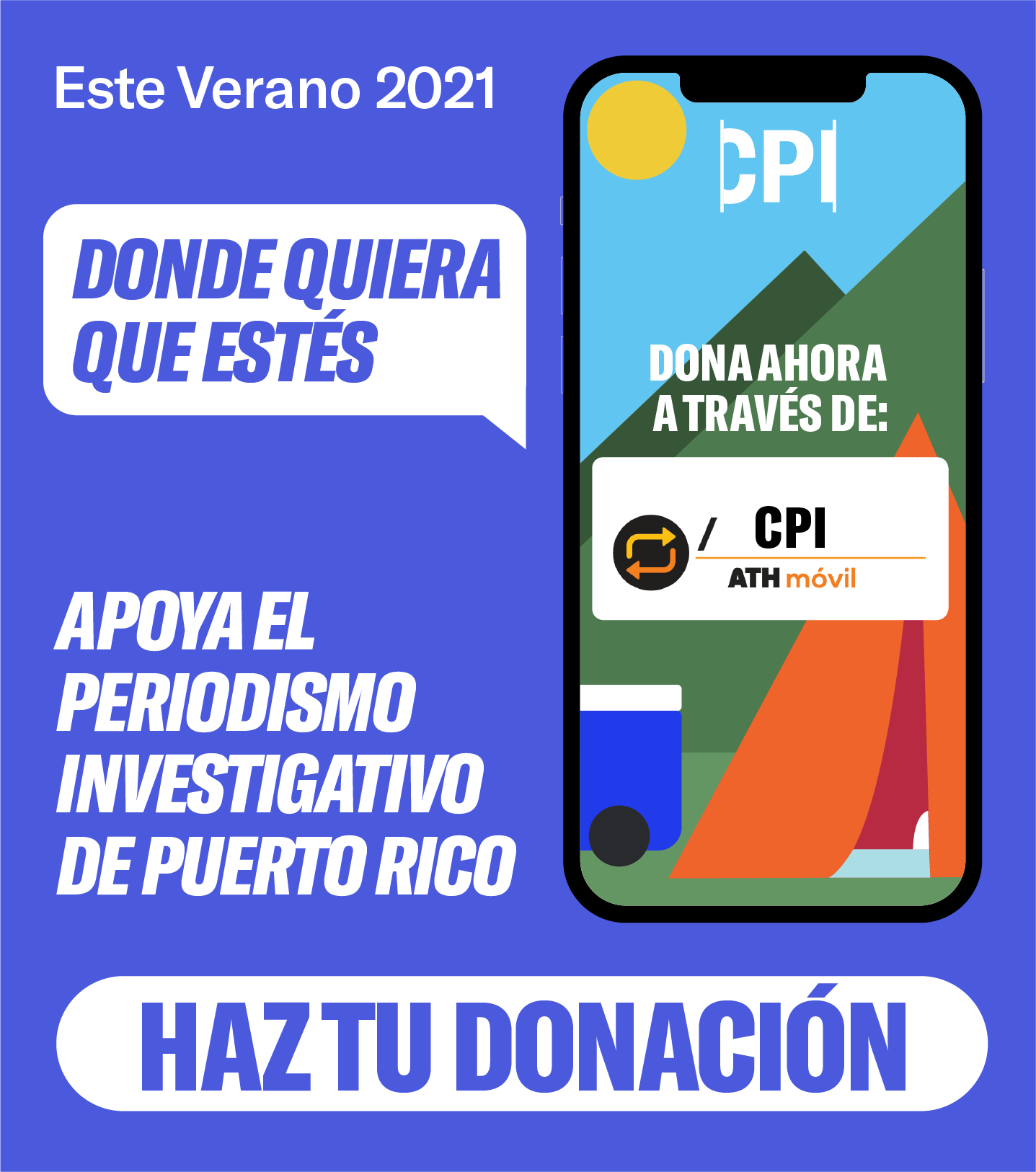