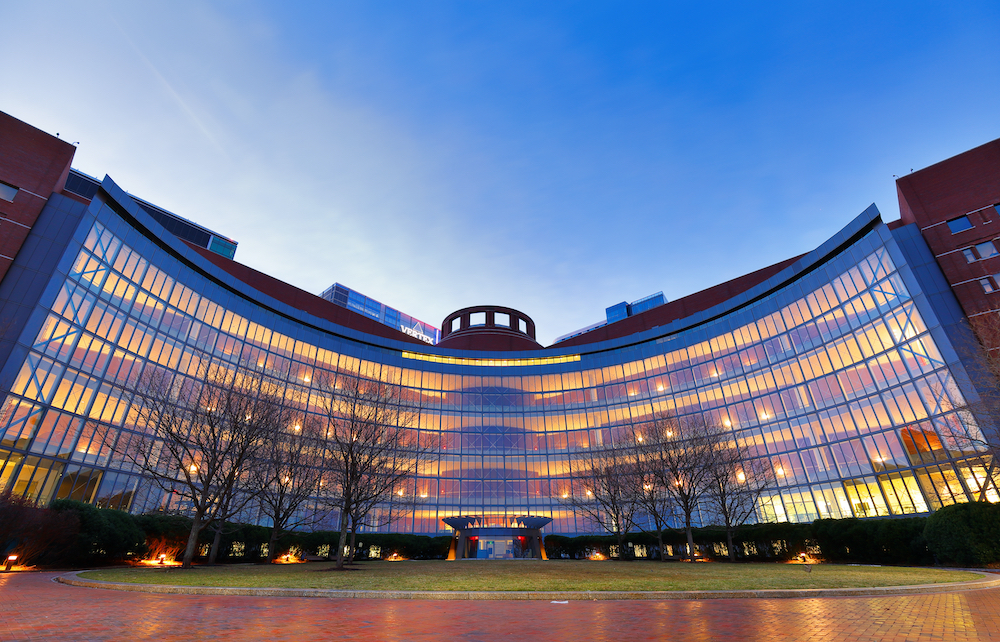 John Joseph Moakley Building, where the Court of Appeals for the Fist Circuit is located in Boston.

San Juan, Puerto Rico – Media and civil rights organizations in Puerto Rico and the United States, such as the Puerto Rico Journalists Association, Espacios Abiertos, LatinoJustice and the Reporters Committee for Freedom of the Press, who was joined by The Atlantic, CNN en Español, McClatchy and Gannett, the Boston Globe, the Pulitzer Center on Crisis Reporting, the Society of Professional Journalists, the News Leaders Association and 20 other journalistic organizations, presented their position as friends of the court (amicus curiae) at the US Court of Appeals for the First Circuit in Boston in support of the Center for Investigative Journalism (CPI, in Spanish) in its access to information case against the Fiscal Control Board.

The Board is an entity that the United States government imposed on Puerto Rico in 2016 to take control of public finances and fiscal policies.

Four years ago, the CPI sued the Board to gain access to several tracts of public information, including its communications with the local and federal governments. In 2018, US District Judge Jay A. García Gregory decided in favor of the CPI, determining that, as an agency of the government of Puerto Rico, the Board is obliged to comply with the right of access to information under Puerto Rico’s Constitution. Although the CPI received part of the documents, the legal process has escalated to the point in which the Fiscal Control Board appealed to the First Circuit Court of Appeals in Boston to avoid delivering the missing documents and providing justification for keeping them.

“We’ve seen headlines in the press, just last week, about how Governor Pedro Pierluisi has asked the Board not to cut pensions or the budget, we see how austerity has dismantled the University of Puerto Rico, we have to believe that there are no resources for the Women’s Advocate Office, we heard the justification for the lack of resources for the privatization of the ferries to Vieques and Culebra, or the cuts that could leave the Conservatory of Music without accreditation … but we don’t have access to the entire tract of the exchanges between the government and the Board, to evaluate the motivations, arguments and data, if any, and how priorities are established. The support of such a broad and diverse group of respected entities in the field of journalism, transparency and civil rights moves us and renews our enthusiasm to move forward on this case,” said Carla Minet, executive director of the CPI.

Attorneys Judith Berkan and Steven Lausell Recurt filed the CPI’s opposition to the appeal in Boston on June 18. “FOMB’s statutory analysis of PROMESA defies logic. The Board essentially claims absolute immunity. […] Had Congress wanted the Board to be absolutely immune from lawsuits, it certainly could have so stated. It did not. Had Congress wanted to insulate the Board from Puerto Rico law claims, as well as from those involving equitable and declaratory relief, it could have done so. Instead, it provided for just the opposite. […] It is difficult to understand why FOMB has argued for such a plainly illogical reading of the law, if not for an undeclared paternalistic need to hide its work from the People of Puerto Rico. FOMB’s arguments on appeal, as well as its litigation actions below, constitute a frontal attack on the fundamental right of access and the transparency which has been so jealously guarded by the Puerto Rico Supreme Court law over decades of applicable jurisprudence,” according to the appeal.

Meanwhile, LatinoJustice, which has a long history defending the human, constitutional and civil rights of Puerto Ricans living in Puerto Rico, as well as in the diaspora, said through its senior counsel Lía Fiol Matta after filing its amicus: “Our organization cannot remain silent in the face of the Fiscal Control Board’s abuse of power and lack of transparency by refusing to produce thousands of documents requested by the Center for Investigative Journalism based on an absurd argument that federal laws do not apply to it because it’s a local entity and that at the same time the laws of Puerto Rico related to access to public information don’t apply to it, since they’re incompatible with the law by which it was created. The Board tries to operate under a cloak of secrecy and infringe the right of Puerto Ricans to access public information and, therefore, to effectively control the government. LatinoJustice is proud to support the CPI and appear as a friend of the court before the US Court of Appeals for the First Circuit in Boston.”

In her amicus brief, Attorney Ariadna Godreau, who represented the Puerto Rico Journalists Association (Asppro, in Spanish), pointed out that “these processes occur within an austerity crisis of a jurisdiction besieged by multiple disasters and with limited space for civic participation. Journalists, particularly independent media organizations, undertake the responsibility to advance transparency and access to information to mitigate the impact of lack of accountability on already harmed civic liberties[…] The Board sustains to be exempt from statutory and constitutional provisions concerning the right to information. However, the Puerto Rico Oversight, Management, and Economic Stability Act (PROMESA), 48 U.S.C. § 2101, et seq., does not preempt local, federal, or international laws that grant the press access to documents secured, prepared, and custodied by the Board. Moreover, because the Board is a government entity, it must abide by international human rights law ratified by the U.S. Congress, and the Puerto Rico Constitution.”

“While the Board demands transparency of the Government of Puerto Rico (CPI agrees), it jealously defends its own right to operate in the dark, supposedly for the benefit of the people of Puerto Rico, but in fact in violation of their constitutional rights” according to the appeal.

“This lawsuit highlights an often ignored perspective: that the PROMESA Act does not apply only to Puerto Rico and that it’s an experiment on how to deal with the bankruptcy of cities and municipalities. The struggles we wage here have profound repercussions. At the CPI we are grateful that the allies that joined us took forceful action in favor of access to information in this very important process,” concluded Oscar J. Serrano, coordinator of the Center’s Transparency Program.

The amicus of the Reporters Committee for Freedom of the Press was joined by:

The Espacios Abiertos amicus was joined by: