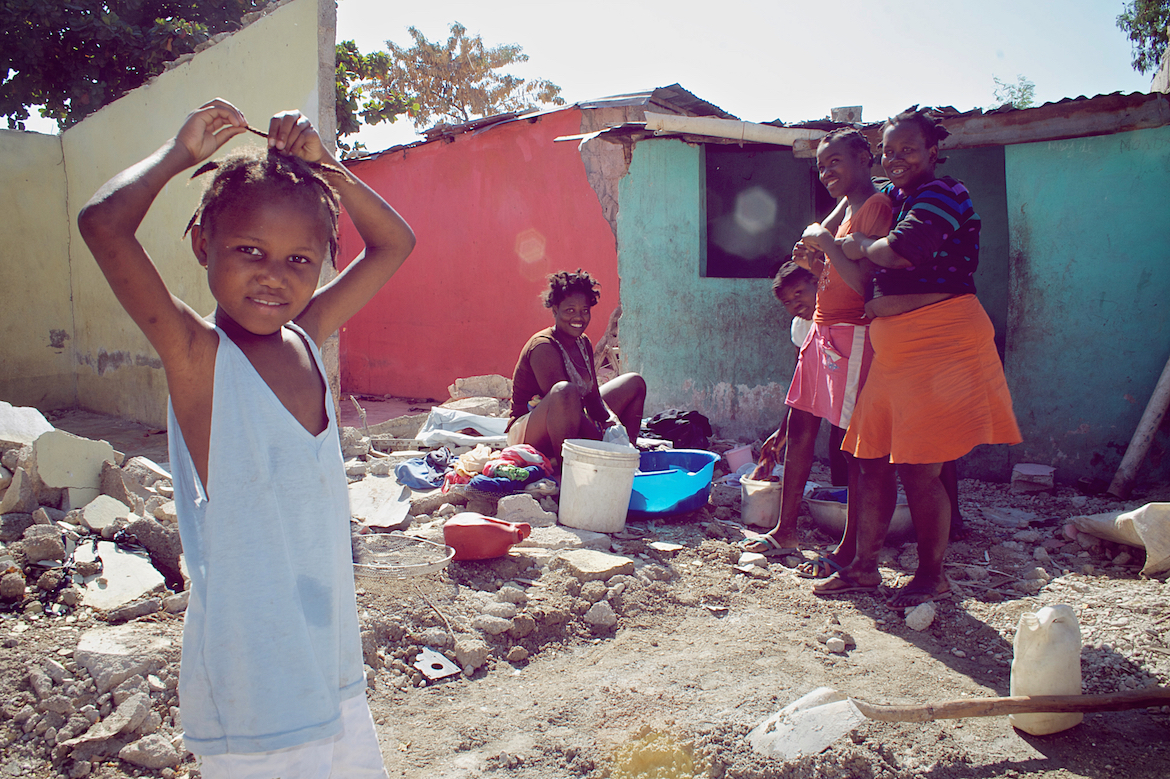 Ten years after seeing the images of devastation caused by the earthquake in Haiti in 2010, Puerto Ricans are living on similar scenario of destruction.

Haiti’s national portrait is deceiving: ax, pickaxe and shovel. Blood on the streets and masked uniformed men running amok. An easy-to-consume, instant chaos. January 2020 marks 10 years of the earthquake and 216 years of being the first black republic. Its portrait, sadly, continues to be one of destruction. Puerto Rico now is also shaken by earthquakes, and also   carries the stigma and the economic crisis that the post-María situation has left in our history.

There are plenty of reasons why our Caribbean trauma is so easy to market. Writer Susan Sontag concluded that watching images of conflict exonerates us from the guilt of the horror we don’t experience. Authors J. John Lenon and Malcolm Foley of “Dark Tourism: The Attraction of Death and Disaster,” add that consuming conflict is now more technologically accessible. Nothing generates more “likes” than fear.

During the Duvalier dictatorship in Haiti we saw the terror of the Tonton Macoutes paramilitary group, and prayed in secret for Haitians and for ourselves. Holy Mother, deliver us from evil, we implored. After the 2010 earthquake, we saw the refugee camps and hoped we would never have to seek cover under tarps. Seven years later, after Hurricane María, Puerto Rico would take refuge under its own blue tarps. The January earthquakes put us face to face with Haitian history: a country that is forgotten except when disaster knocks on its door.

Medical Anthropologist Paul Farmer probed into the subject’s sore spot. In “The Uses of Haiti,” he insists that Haiti is regarded as an example, a cautionary tale of what happens when a nation, especially a black one, decides to make its own rules. Haiti became independent from France in 1804, putting in jeopardy the lucrative sugar production and labor exploitation. This bold move would be a costly one. The war ships that arrived on the shores of Port-au-Prince in 1825 went to collect a $21 billion pardon that Haitians were only able to pay by 1947.

By then, the so-called “emancipation debt” had mortally wounded the country’s economy. Loans from international banks deepened Haiti’s precarious situation. There are many nations and humanitarian organizations that now extend them a helping hand, and are part of a system that, promising to help Haitians, helps itself. What better example than the U.S. Agency for International Development. Of the $270 million   “invested in Haiti,” half was piped to companies in the United States. Chemonics International was one of these companies, which received $58 million. When I think of the alleged embezzlement of FEMA funds in Puerto Rico, I think about how close we are to our Haitian brothers and sisters.

There is another national portrait. Art and culture, of course, but also a spirit of malleable resistance that rarely reaches the news and our eyes.

Haiti is in Puerto Rico. In the classrooms of the University of Puerto Rico (UPR), in the galleries in San Juan, in the masses at the San Mateo Church and in the kiosks in Piñones. That is where I met Luisa, who marketed handcrafted art from one local festival to another. I met León, philosopher and businessman. Father Olin Pierre Lois and Dr. Paul Latortue, dean at the UPR.

“Music is a form of integration that has not been explored enough,” Latortue told me in his office. Sound is a map and I wanted to go in, explore it and learn the country by its frequencies.

And that’s what I did.

From Puerto Rico I went to Haiti after the earthquake. I traveled to the refugee camps, listened to konpa music at overwhelming volumes and watched soccer on the dusty avenues. Culture gave them life and restored their humanity. In the Delmas neighborhood, a woman danced fearlessly among the beams of a building. I remember traveling in a van that broke down in the middle of the road on my way to the United Nations headquarters where I would sleep that night. The woman danced. Her body was an instrument of protest. She seemed to shout, “I’m here!” despite the ruins. I can’t help comparing the young Haitian woman with the images of the protests in front of La Fortaleza in Puerto Rico in July 2019. Using her body to reclaim her land in Delmas, she is drawn in my memory as an echo of the “perreo combativo” (militant reggaeton) with which many Puerto Ricans reclaimed their country in Old San Juan.

I traveled to the southern part of the country with contemporary dance company Ayikodans. At the “Hymne a la Vie” festival, choreographer Jeanguy Saintus showcased a piece to the rhythm of voodoo in which dancer Linda Françoise was a ventricle between the spiritual and the earthly world. As I watched, I felt that Françoise’s barefoot dance was trying to calm the monster underfoot, the earthquake.

I returned five years later to the same performance in the small town of Aquin. On this occasion, Saintus presented the piece called “Transcendence.” The acrobatics of breakdancers to the rhythm of Beethoven’s Fifth Symphony were transformed into a sublime choreography. Dancer Blanchard Mackenson received the “loa,” the voodoo deity, and took to the stage in ancestral movements awakening the audience’s spiritual DNA. And that was the gift of his art: to remind them of their roots, that they were people, a country with a past and future.

It is impossible to ignore the chaos of the protests against President Jovenel Moïse, the oppressive history of its dictators and, recently, the purported abuse of the United Nations Mission.

In Puerto Rico, it will be impossible to ignore how our colonial reality and austerity measures put the island in danger every time the wind blows or the earth shakes. We can also shift our eyes and see both countries and the Caribbean archipelago from its resistance, from the cultural production that flows despite its obstacles. Yes. We must see the ruins. And also, those who dance on top of them.