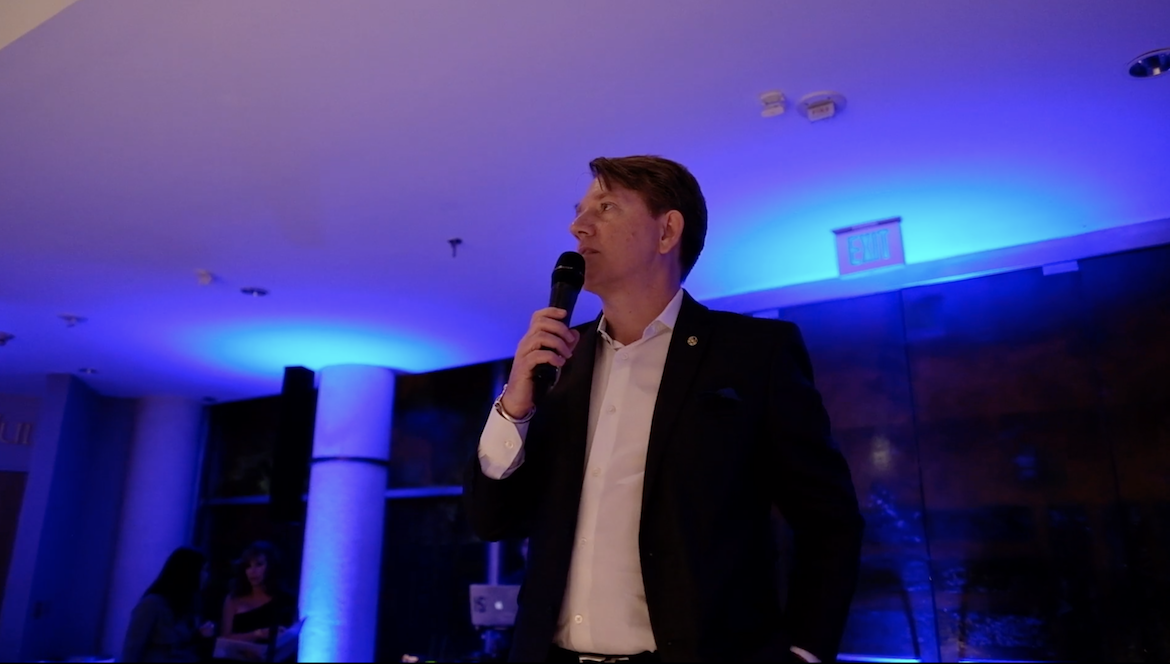 An order from the US District Court – Middle District of Florida appointing Mark A. Kornfeld as receiver in a fraud case was entered late on March 6, 2020. The next morning, Kornfeld went to the BBT Financial Center, on 1800 Second Street, in Sarasota, Florida and took possession of Suite 855.

Since 2013, it has been the office of Kinetic Funds and Lendacy, the companies that investment manager Michael Williams used to defraud dozens of investors from Puerto Rico and Florida, according to a civil case filed by the US Securities and Exchange Commission (SEC) at the beginning of the year.

Inside the office, backed by a forensics team, Kornfeld changed the locks on the door, went through several files and took an inventory of all of the items. The office, on the eighth floor of a brick building with luxury suites, was left empty. Everything that had been in it was transported to a storage facility in Sarasota, a city south of Tampa. The rent of the office was $6,000 a month, which, according to Kornfeld, “was not in the best interest of investors.” 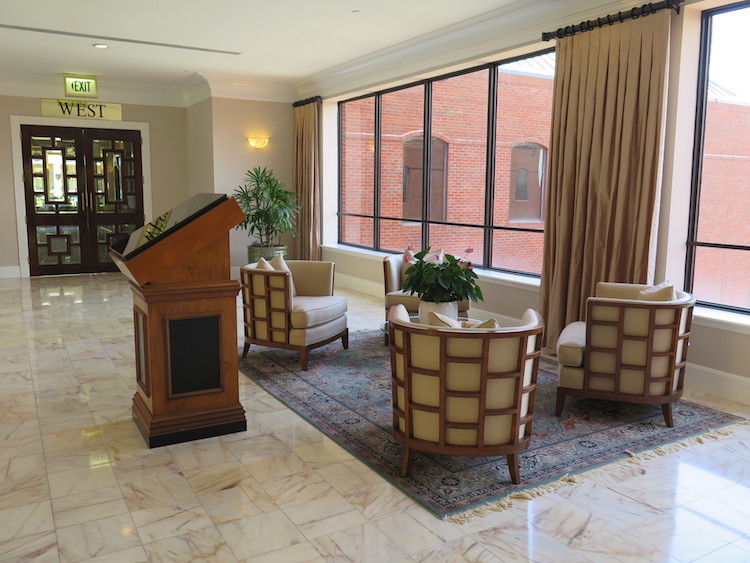 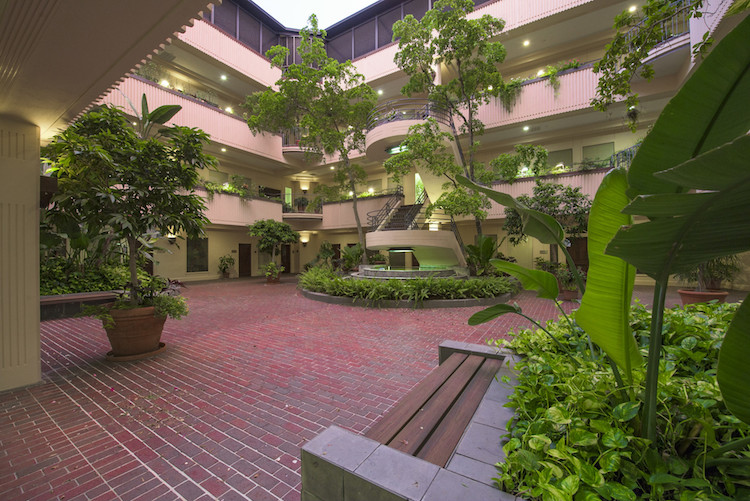 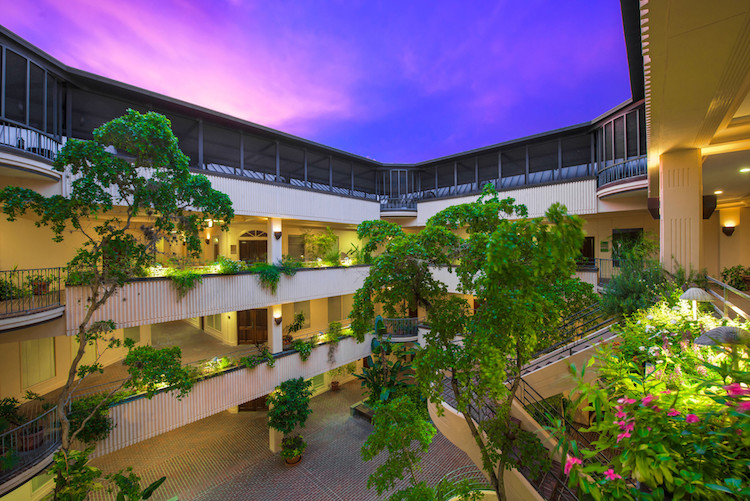 The investors were about 40 clients of Kinetic Funds hedge fund that Williams managed. Individual investments ranged from $1,000 to $600,000, according to documents to which the Center for Investigative Journalism (CPI, in Spanish) had access. The largest investments Kinetic Funds received were made in 2016 by two public corporations of the government of Puerto Rico: The State Insurance Fund Corporation (CFSE, in Spanish) invested $15 million and the Automobile Accident Compensation Administration (ACAA, in Spanish) invested $2 million. Williams used his clients’ investments for personal gain, according to the SEC.

As receiver, Kornfel, a partner in the Quarles & Brady law firm, serves as an independent agent of the Court with authority to liquidate the assets belonging to Williams and the Kinetic Investment Group, which is comprised of a group of about six companies, including Kinetic Funds, to refund the money to defrauded customers.

Inside the safe, Kornfeld found “a significant number of gold coins.” He put them up for sale. He received seven offers, of which he chose one for 100% of the current price of the coins, valued at $223,877, which were deposited in the receiver’s account.

Approximately $21 million in bank accounts belonging to Williams and his companies were frozen. The court monitors and controls his income, which includes deposits to pay debts and a monthly payment of $2,943 for “living expenses” from a $500,000 trust belonging to Williams that is now in the hands of the receiver.

Investors paid for apartment and salaries

One of the Sarasota office employees is described in a receiver´s report as an “intern” who was being housed in an apartment furnished and rented by Kinetic Investment Group. The receiver notified the employee and the apartment landlord that the company would not make any more rent payments. The furnishings in the apartment were of no big material value, so they were not taken.

There were five employees on the office payroll who were paid with Kinetic Investment Group funds. One of them, Ida Passalacqua, who was in a personal relationship with Williams, lives in Puerto Rico and never worked in the Florida office, one of the employees who is collaborating with the investigation told the receiver. The employee, who is not identified, said Passalacqua had assisted Williams as an interpreter and translator in the purchase of the former Banco Español building in Old San Juan. Other than that, the employee was unaware of any role Passalacqua had in Kinetic Investment Group.

On May 4, 2018, Williams bought that building from the Conservation Trust, featuring Frenchified architecture built at the end of the 19th century, and located on Tetuán Street, for $2.9 million. The receiver’s investigation concluded that the money used for that transaction was “directly traceable” to Kinetic Funds client investments. Now the receiver is getting offers and interviewing potential real estate brokers to liquidate the property to benefit investors that Williams defrauded.

In March 2017, Williams bought a luxury apartment in Old San Juan in a building known as Villa Gabriela. The colonial-style home, with a penthouse, interior patio and parking, cost approximately $1.5 million. Kornfeld concluded that Williams bought the home with money from Kinetic Funds investors without disclosing that he would be making that purchase. Williams transferred the funds from the Kinetic Funds account to Lendacy’s account, another of his companies, and then to his personal account. The transaction that the receiver described coincides with the scheme the CPI revealed in September 2019.

“Williams used investor funds he was not entitled to use to purchase a lavish residence for himself in a transaction which had no benefit to investors,” according to the report signed by Jordan D. Maglich, counsel to the receiver.

Williams’ defense argued that the home was outside the receiver’s reach because it had been bought individually. In July, the parties reached an agreement in which the title of the property was transferred to the receiver. Now Villa Gabriela is up for sale for $695,000, money that would be redistributed to Kinetic Funds investors.

Michael Williams had the idea of using Puerto Rico as a “bridge” for entrepreneurs “from the global financial market.” He wanted to establish the first international bank on the island with Blockchain technology for virtual currency transactions such as Bitcoin. He came to Puerto Rico from Florida in 2016, attracted by the government’s tax exemptions. He was a beneficiary of Law 20 for the export of services, Law 22 for the transfer of foreign investors, Law 273 for financial entities, and landed contracts with two public corporations.

The receiver is analyzing the viability of claims against third parties that may have received payments or transfers to which they were not entitled and other entities that have improperly benefited from the companies under investigation, according to a court report the receiver submitted on July 30.

One of the findings mentioned in the report is the existence of two separate accounts with approximately $10 million in total that Williams kept benefitting two investors whose identities were not disclosed. This does not necessarily imply that those investors will be charged. The court could choose to ask them to “voluntarily return the money to avoid litigation expenses,” the legal document states. So far, Williams is the only defendant in the case.

A decade of financial activity and more than a million documents

Williams was an advocate of the idea that government inefficiency and recovery from a disaster such as Hurricane María created the ideal conditions for doing business, according to interviews in financial media and conferences he gave in Puerto Rico.

In 2019, he organized a convention with international guests at the Vanderbilt Hotel in Condado and a luxury reception at the Puerto Rico Museum of Art. He allied himself with influential figures from the local political scene, such as lobbyist Jerome Garffer and Noel Zamot, then Coordinator of Revitalization of the Fiscal Control Board, whom he recruited as chairman of the Board of Directors of the supposed bank called Kinetic International.

The head of the Office of the Commissioner of Financial Institutions (OCIF, in Spanish) — George Joyner at the time — determined that Williams complied with all regulations when he applied for an international financial institution license for Kinetic International, which would give him access to Law 273 incentives. When the CPI interviewed Joyner in August 2019, he said Williams canceled the license voluntarily after learning about the investigation targeting him. The bank never launched operations. Joyner said the OCIF had no responsibility to investigate Williams, “unless the Florida SEC investigation in any way affects his business in Puerto Rico.”

In addition to the State Insurance Fund and ACAA, the roster of people and entities that invested in Kinetic Funds are doctors, entrepreneurs, private universities and foundations from Puerto Rico, according to documents the CPI reviewed.

“The CFSE is in a position to wait and see what the findings are, if there have been any gains or losses, then make decisions, including canceling the [Kinetic] contract,” the CFSE said in March when the CPI questioned the agency about this investment. According to the Comptroller’s Officer webpage, Kinetic’s contract has not yet been canceled. The CPI contacted the CFSE for updated details on the Kinetic contract and the investment, but there was no response.

“After selling my technology company, I invested my money in Puerto Rico because I believed that the Commonwealth offered an exceptional opportunity to grow and prosper,” Williams said in written statements to the CPI in March.

“We deny these false accusations and we intend to vigorously defend ourselves against them. We’ve hired a world-class legal firm and investigation team and we’re confident that we will prevail,” the investor added at the time.

A message sent to Williams’ email to get his reaction was rejected and a phone call went unanswered.

During the investigation process, Williams has had to provide several login credentials for email accounts and cloud-based storage services. But, “while Williams eventually turned over various login credentials to most of the requested accounts, he has continued to maintain that he somehow does not have the login credentials to a specific account which appears to be the main link to the Receivership Defendants’ digital operations.” Williams’ counsel told the receiver that he believes communications involving a significant number of different legal professionals are subject to attorney-client privilege and thus “outside of the receiver’s ability to review such documents.”

The receiver hired a forensic information technology firm specialized in rescuing, analyzing and preserving digital data. They have retrieved more than a million documents that are now part of the investigation.

Among the documents under scrutiny are some that reflect Kinetic Funds’ brokerage account relationships with Bank of America/Merrill Lynch and Interactive Brokers brokerage bank.

“The receiver and his professionals continue to investigate, review and analyze almost a decade of bank and investor account statements,” according to the last of two reports that the receiver has submitted as part of the case.