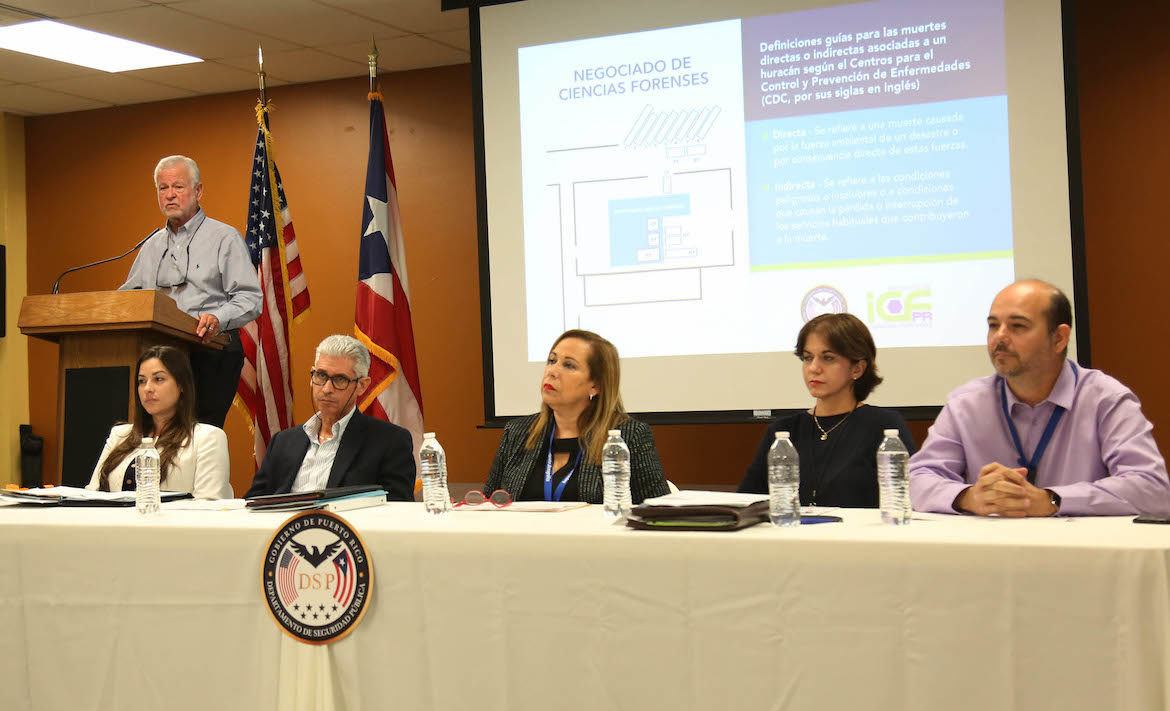 A Wednesday press conference led by Puerto Rico's Secretary of Public Security Héctor Pesquera (far left). The press conference, held in Guaynabo, was about the deaths caused by Hurricane Maria.

Deaths in Puerto Rico increased by at least 43 percent during the first 10 days after Hurricane Maria.

On the 49th day after the catastrophic storm hit landfall on September 20, the government of Puerto Rico said that the average daily number of deaths in September was at 82 people up until September 19. That daily average increased to 117 from September 20 to September 30, resulting in at least 350 additional deaths in the average death count officially recorded by Puerto Rico for that month.

The government, however, still contends that the official death count from the hurricane is at 55 victims.

According to the government, of the 95 percent of the deaths recorded in September, there were 2,838 deaths on the island, compared to 2,366 deaths in September of 2016, representing a difference of 472 more deaths. This September information applies only to the first 10 days of the crisis.

The increase in deaths does not include all the data from October, when Puerto Rico was experiencing its most critical time after the hurricane and multiple sectors of the island had lost communication.

An investigation by the Center for Investigative Journalism (CPI) conducted five weeks ago reported that the deaths caused by Hurricane Maria were much greater than the 16 people the government was reporting daily at that time, and that the death toll could have possibly been in the hundreds. CPI has spent the last month asking for the data shared Wednesday by the Demographic Registry without ever getting a response.

The information about the death toll immediately after the hurricane was finally made public at a Wednesday press conference led by Secretary of Public Security Héctor Pesquera, where officials responsible for the management and certification of deaths in Puerto Rico were for the first time allowed to answer open questions from the press. Institute of Forensic Sciences director Edwin Crespo and Demographic Registry director Wanda Llovet, as well as members of their respective teams, were part of the conference. Among these team members, demographer José A. López –despite evasive answers from Pesquera, Crespo and Llovet about why the government could not identify more deaths caused by the emergency  situations which emerged after Hurricane Maria– said the data of registered deaths right after the storm was a significant increase. 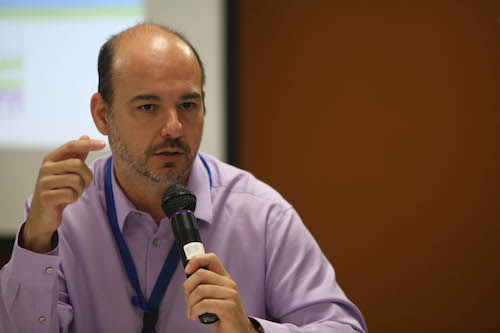 “Noting the reality of the data, we have seen a difference, and it is a significant difference,” López said in Spanish, responding to questions from the media.

“The reality is that this is not normal and we have to know that there was a phenomenon here, but there needs to be evidence to document it,” the demographic expert added, as Pesquera looked on.

Throughout the press conference, which lasted for about 80 minutes, Pesquera, Crespo and Llovet continued to emphasize the current official government explanation about why the Maria death toll is still at 55 people even though the entire country and most hospitals on the island were without electricity for more than a week and that the doctors who certify deaths in Puerto Rico have not recorded on death certificates if the medical causes of death were influenced in some way by the emergency that Maria created.  When Pesquera was asked if the government should investigate the deaths that happened right after the hurricane given the data presented on Wednesday, and that Puerto Ricans have lived and keep living without basic services, he answered: “Why investigate?”

After receiving a letter representing CPI from attorneys at the Interamerican University Law School’s Legal Clinic, the government finally handed over a list with names of the people who died according to the government’s official hurricane death count, except for the names of seven people who bodies have yet to be identified by their families.

Even after 49 days have passed since the worst hurricane to ever strike Puerto Rico, the government has barely just begun to recognize the potential magnitude of the fatalities caused by a natural disaster that has still left about 60% of the island without power.

In addition, once the death toll information for October is finalized by the Demographic Registry, adjustments to the increase already recorded are likely to occur. Currently, the registered deaths for October are at 2,119 people, but Llovet recognized that “October is still very incomplete” due to the power issues and systems problems her agency is facing. In October of 2016, 2,366 deaths were recorded in Puerto Rico.