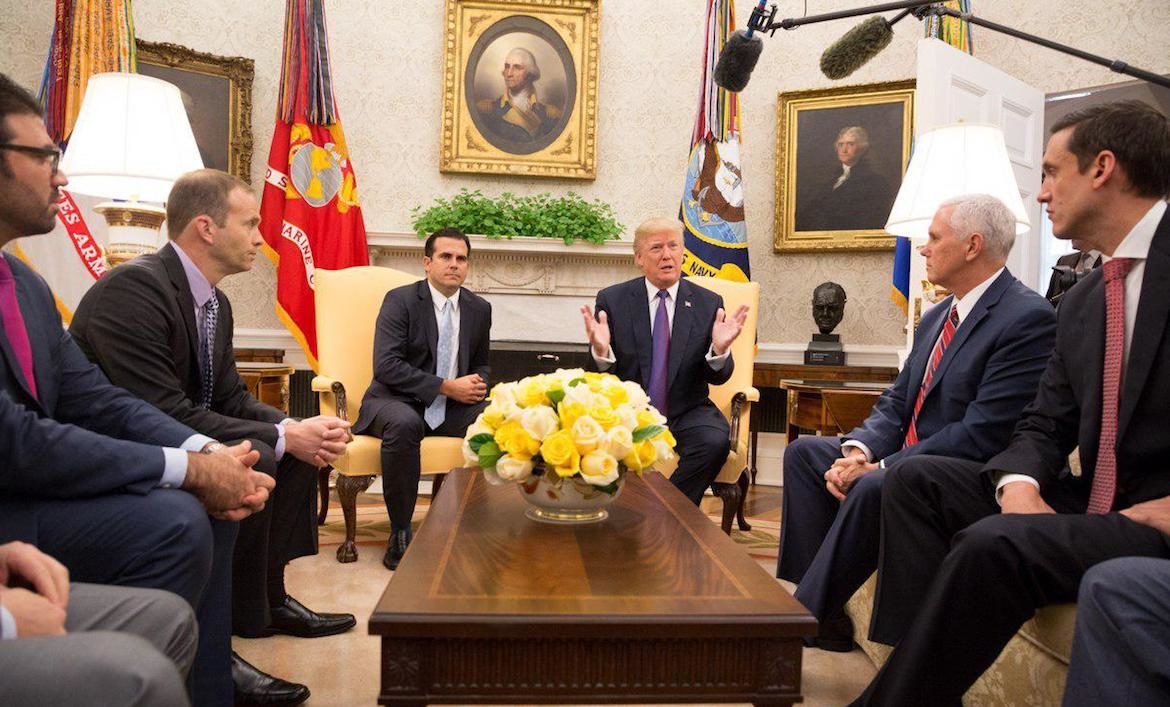 Leaving aside the speculation and perceptions, there is overwhelming evidence, issued by federal agencies, that states that the U.S. government failed in its response to Hurricane María in Puerto Rico, even though it had plans in place to effectively tackle it and had even rehearsed for it, the Center for Investigative Journalism (CPI) found.

Criticism to the Trump administration began only days after Maria’s eye made its way across the island, due to the slow response of federal agencies while on his Twitter account, the President downplayed the issue. During his visit to Puerto Rico and in all of his subsequent remarks, Trump praised the work of federal agencies, rebuking criticism of the political opposition, namely Democrats and the mayor of San Juan, Carmen Yulín Cruz.

Almost a year after the storm and as a result of the preparations by the federal government for Hurricane Florence’s landfall in North Carolina, Trump once again commended the response of his administration on the Island. After meeting with senior officials of the Department of Homeland Security and the Federal Emergency Management Agency (FEMA), he insisted that the federal government did a tremendous job in Puerto Rico, describing it as an “unsung success” that was full of challenges. In a press conference, Trump attributed any problems to the weakness of the power grid before María and the Island’s bankruptcy.

“I actually think it was one of the best jobs that’s ever been done with respect to what this is all about,” the President said.

Here is why President Trump’s remarks are false.

The FEMA report states that the agency faced logistics problems in responding to the emergency and distributing the aid, and that the government of Puerto Rico was not prepared, so FEMA had to distribute supplies, something that ordinarily corresponds to local governments. The number of damaged and blocked roads, the lack of personnel and the limitations to hire truck drivers delayed the delivery of aid. That situation, however, was anticipated in FEMA’s Catastrophic Plan, which was used by federal agencies to coordinate their response to María, found the CPI.

On more than one occasion, the FEMA report points to the unprecedented challenge posed by the past hurricane season, having to deal with the almost simultaneous impact of hurricanes Harvey, Irma and Maria in Texas, Florida and Puerto Rico, respectively. This complicated the adequate coordination of resources, supplies, personnel, and rescue and recovery efforts in each jurisdiction, the report stated. Yet, this scenario was not new to the federal government.

The FEMA Catastrophic Plan of Oct. 20, 2014, describes how the federal government would act to assist the local government, before, during and after a storm, taking into account the difficulties of distribution of supplies due to Puerto Rico’s geographical position and the need to mobilize and activate resources prior to the event. FEMA’s plan warns that Spanish is the main language spoken, not English, which calls for specialized personnel to attend the population. In all, although it foresaw many of the challenges faced, FEMA admits in its report that it should have anticipated the magnitude of the damage that would cause a Category-4 hurricane due to the weakness of the Island’s infrastructure.

FEMA expected the power grid to be affected as well as the difficulty of restoring the transmission lines as they mostly lie in a mountainous area in the Island’s south. Although the plan establishes that the U. S. Army Corps of Engineers could help in the temporary restoration of the system, but cannot repair the lines, FEMA tasked the Corps of Engineers after María with repairing the power grid.

FEMA’s Catastrophic Plan already warned about the risk of a hurricane affecting 100% of the telecommunications infrastructure, so it recommended alternative communication methods for response personnel and local and federal officials. The document refers to the access to voice and satellite data communication of FEMA and federal authorities, and the possibility of coordinating other efforts with Homeland Security.

However, in its 2017 hurricane season report, FEMA admits it faced problems in processing requests for aid from victims since its inspectors could not register them online. FEMA had to process some 2,000 assistance requests by hand, which caused delays in distributing this aid.

The report further notes that FEMA had to assume many local government responsibilities due to the collapse of the electrical and telecommunications systems. It argues that the agency did not have Spanish-speaking staff, which delayed the recovery process.

These reports show serious flaws by the U.S. government in the planning, coordination and execution of its response efforts to the emergency experienced in Puerto Rico with Hurricane María.

President Trump’s assertions are not consistent with the findings and evaluations of his own federal agencies.