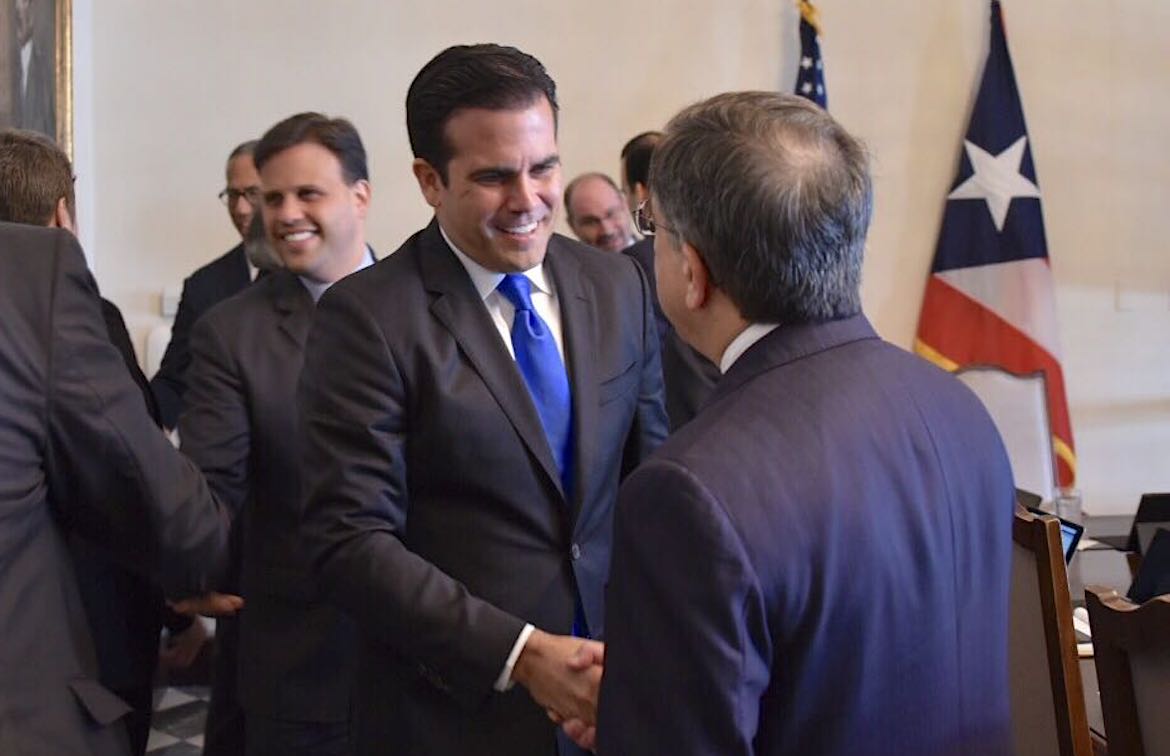 A year after the conversations between former Gov. Ricardo Rosselló and his closest collaborators contained in 889 pages of a Telegram chat were revealed, the Special Independent Prosecutor Panel (PFEI, in Spanish) has been unable to gain access to the full chat, nor has it sought that any of the involved becomes a witness to the investigation, at least two sources consulted by the Center for Investigative Journalism (CPI, in Spanish) confirmed.

The Government shutdown due to the pandemic by COVID-19 gave the investigation a second wind, a year after the scandal that caused Rosselló Nevares’ exit from La Fortaleza. The result of the investigation into the possible crimes that could have been committed is still unknown.

The curfew ordered by the Governor on March 15 as a measure to contain the virus halted all of the OPFEI’s ongoing investigations, including the one related to the Telegram Chat case underway since February 13.

“That investigation, like all of the investigations assigned to the independent special prosecutors, had to stop during the term when a shutdown of government duties was declared. So, since March 15 the work was halted on all cases,” PFEI Chairwoman Nydia Cotto Vives said in an interview with the CPI.

According to the official, the lockdown also caused the work on some 16 ongoing investigations at the agency on government officials who fall within the PFEI’s jurisdiction to be put on hold — at the request of the Department of Justice.

What is known about the investigation

The CPI learned that Special Independent Prosecutors Miguel Colón and Leticia Pabón restarted the investigation on June 22 and have been interviewing people, who are not the referred officials, and compiling evidence, without those who were referred becoming witnesses for the government — so far.

“It’s not part of the PFEI’s procedure to summon those who were referred, unless they have the possibility of becoming a witness offering their information,” she assured.

The PFEI’s investigation is based on an excerpt from the chat because the Department of Justice never got the full conversation, a CPI source said. After the failed attempt by the Department of Justice’s Integrity Division to get Sánchez Sifonte and Miranda Reyes to hand over their cell phones, the PFEI has resorted to citing, interviewing and taking sworn statements from “everyone on the sidelines,” referring to officials and those close to the Rosselló administration, said one of the sources.

One of the people cited is the former secretary of the Department of Housing, Fernando Gil Enseñat, who was called to testify about the meeting he had with Sánchez Sifonte, in which the lobbyist demanded to know why the “Tu Hogar Renace” program contract had not been awarded to one of his corporate clients, AECOM. In a CPI investigation of the on the chat published last July, Gil Enseñat said the meeting was held for that reason and said he considered Sánchez’s intervention as inappropriate.

Obed Borrero, an expert and consultant on technology and social media issues, believes that it’s tough for authorities to obtain the full Telegram chat conversation a year later. He said given Puerto Rico’s political reality and the cost of the legal process, the authorities could not have required the digital platform to deliver the chat in its entirety.

Failing that, he said the strategy should have been to act quickly and warn the members of the chat that there was an investigation and that deleting said conversation would be considered destruction of evidence.

“The government dragged its feet, because forcing Telegram to deliver the chat is very difficult. The policy of this and other applications is to assure its users confidentiality and Puerto Rico does not have the power to pressure the company by blocking its use on the island, which could prompt a delivery. There are very few precedents, so Justice only had the possibility of obtaining the complete chat from the cellphones of one of the participants,” said Borrero.

Former State Department Secretary Luis Rivera Marín, former Chiefs of Staff Raúl Maldonado Gautier and Ricardo Llerandi Cruz, contractors Carlos Bermúdez Urbina and Rafael Cerame, as well as former Press Secretary Yennifer Álvarez Jaimes, former Communications Director Rossy Santiago Velázquez, and former Public Affairs Secretary Anthony Maceira Zayas, although they participated in the chat, were excluded from the PFEI investigation because the Department of Justice allegedly did not present evidence against them, but prosecutors could expand their investigation and file accusations if evidence arises over the course of the investigation, the PFEI President said.

So far, the Special Independent Prosecutors in charge of the investigation have not informed the Panel if they have found other evidence to expand the investigation and include those or other officials, Cotto Vives confirmed to the CPI.

“The Prosecutors aren’t limited by that referral of the PFEI and what the document says. Once the Prosecutors start to investigate, if in the course of their investigation they get evidence or an affidavit about another person who hasn’t been named in the Panel Resolution, they immediately have the power to extend their investigation and bring to the Panel the information that they’re developing because they’ve obtained evidence under oath involving another person. So far they haven’t done that,” the PFEI’s chairwoman confirmed.

As a customary procedure at the PFEI, Pabón and Colón have to submit monthly reports to the Panel, explaining how many witnesses they have interviewed, and on sworn statements without offering details or identifying possible witnesses.

“I know that prosecutors have been subpoenaing potential witnesses and have been conducting interviews, but I don’t know what stage it’s in because that is information handled by the Special Independent Prosecutors,” said Cotto Vives.

Meanwhile, Special Prosecutor Pabón said “it’s too early” to determine if they will need more time or if they can finish the investigation by August 25. Pabón and Colón have requested documents from several government agencies that they have not yet received, they confirmed.

These are the crimes that those referred could have committed, as stated in the PFEI’s Resolution:

Ricardo Rosselló Nevares, violation of Article. 262 (breach of duty) and Art. 263 (negligence in fulfilling duty) of the 2012 Penal Code (CP, in Spanish). They should also consider possible infractions to the Office of Government Ethics (OEG, in Spanish) Act.

In addition, possible breaches of the OEG Act must be considered.

Alfonso Orona Amilivia, may have violated the OEG Act and the CP in the following articles: Art. 262 (breach of duty) and Art. 263 (negligence in the fulfillment of duty).

Ramón Rosario Cortés is attributed with possible infractions to the OEG Act and the CP, in the following articles: Art. 262 (breach of duty) and Art. 263 (negligence in the fulfillment of duty).

Edwin Miranda Reyes, may have violated the following articles of the CP: Art. 212 (ideological falsehood); Art. 252 (illegal use of jobs or services); Art. 254 (undue intervention in government operations) and Art. 261 (undue influence).

Elías Sánchez Sifonte, may have violated the OEG Act and the CP in articles Art. 252 (illegal use of jobs or services); Art. 254 (undue intervention in government operations) and Art. 261 (undue influence).