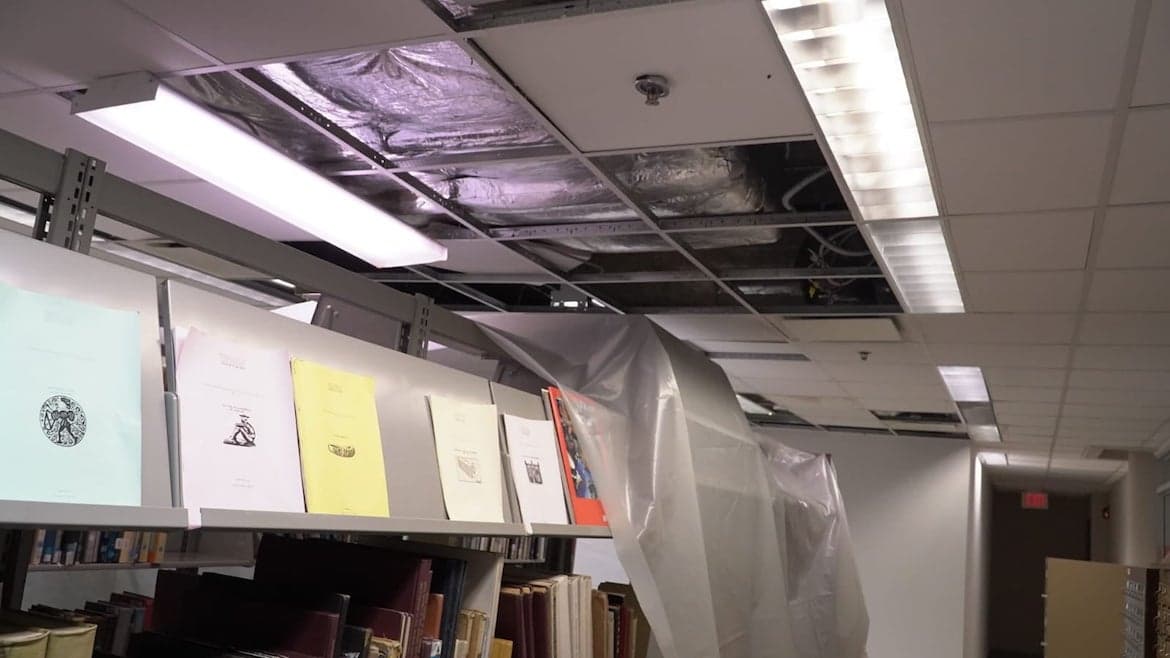 State of deterioration of the archives of the José M. Lázaro Library at the Río Piedras Campus of the University of Puerto Rico.

Anyone who wants to find information on a high-profile criminal case or the professional execution of an official from the 90s or 2000s, or on the history of a business, an artist, or an athlete, has no choice but to go to the newspaper and magazine collection at the José M. Lázaro Library at the University of Puerto Rico’s Río Piedras Campus, a San Juan neighborhood.

Two weeks ago, I tried to corroborate some historical data while editing content. Who were the journalists that covered the Department of Education in the 1990´s before Víctor Fajardo was accused of corruption in that agency? Which reporters were key in revealing the AIDS Institute case, in addition to the late former Rep. David Noriega?

I once again ran into one of the most terrible obstacles for any Puerto Rican researcher: there are no online historical archives of newspapers beyond the last 14 years.

The complete archive of El Nuevo Día, the “newspaper of record,” stopped being available several years ago even to subscribers, just like that. The current search system has only been available since 2008. In the case of Primera Hora, another major circulation newspaper, when searching for “Víctor Fajardo,” the search engine comes up blank.

Since Publi Inversiones bought El Vocero, also a national circulation newspaper,  some six years ago, the newspaper has been published with a digital replica, but prior to that, the online archive doesn’t go further back than 2016. Metro and NotiCel are relatively young newspapers that were not publishing at that time.

And then I remembered that a few weeks ago I also saw photos on social networks depicting the state of “La Lázaro” (the UPR main library) as a result of a legislative visit. The last time I went to the library, before the pandemic, it was hard for me to breathe because of the high humidity level; there, the leaks that sprung cascades, trash cans scattered everywhere to collect water, plastic tarps covering shelves of books and computers, completely closed areas, in short, a post-war, post-hurricane, post-decadence and post-neglected area of knowledge and education. The CPI also documented it in 2019. Now, it seems that the situation is worse, if possible. The level of deterioration is extreme.

On the one hand, the cuts to the University of Puerto Rico imposed by the Fiscal Control Board and accepted by the governments in charge, and on the other, the lack of leadership in its presidency and the Governing Board, which seem to have unclear priorities when it comes to handling the recovery funds that went to the University, and four years later, their use isn’t apparent. Sometimes you don’t know which is worse.