At the table, from a place of distrust

Journalists, because of their training, are a distrusting people. And, based on our experience, we especially distrust politicians and structures of power. No exceptions. It’s in our nature. Despite this, last week I spent three days at the Capitol Building, summoned by Reps.

Anyone who wants to find information on a high-profile criminal case or the professional execution of an official from the 90s or 2000s, or on the history of a business, an artist, or an athlete, has no choice but to go to the newspaper and magazine collection at the José M. Lázaro Library at the University of Puerto Rico’s Río Piedras Campus, a San Juan neighborhood. Two weeks ago, I tried to corroborate some historical data while editing content. Who were the journalists that covered the Department of Education in the 1990´s before Víctor Fajardo was accused of corruption in that agency? Which reporters were key in revealing the AIDS Institute case, in addition to the late former Rep. David Noriega? I once again ran into one of the most terrible obstacles for any Puerto Rican researcher: there are no online historical archives of newspapers beyond the last 14 years.

During the past years, Puerto Rico has been witnessing a mise en scene in which the Fiscal Control Board says, “We have to cut here” and the government tells the press “I am not going to cut anything.” The net result is that many of the cuts have indeed been made, seen and felt. As when there was a lack of resources in the Institute of Forensic Sciences to process “rape kits,” or when funds were cut from the Women’s Ombudsman Office. There are also less visible cuts that take their toll, as when agency employees have retired and are not replaced to “save money,” and the ones left behind are unprepared and have no references on processes and public services. Several economists have questioned the lack of transparency in the methodology used by the government as well as the Board to draft the economic projections, fiscal plans and budgets. The projections are barely met, the fiscal plans are a fictional exercise that fills the pockets of fancy consultants in the United States. And after fighting to approve budgets, all kinds of reallocations are made, and sometimes, money miraculously appears out of nowhere when there is a crisis that arouses passions in public opinion. 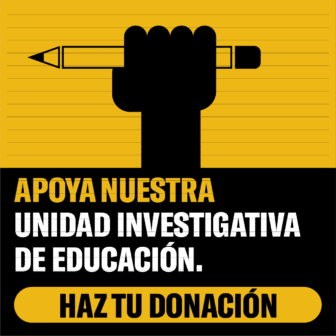