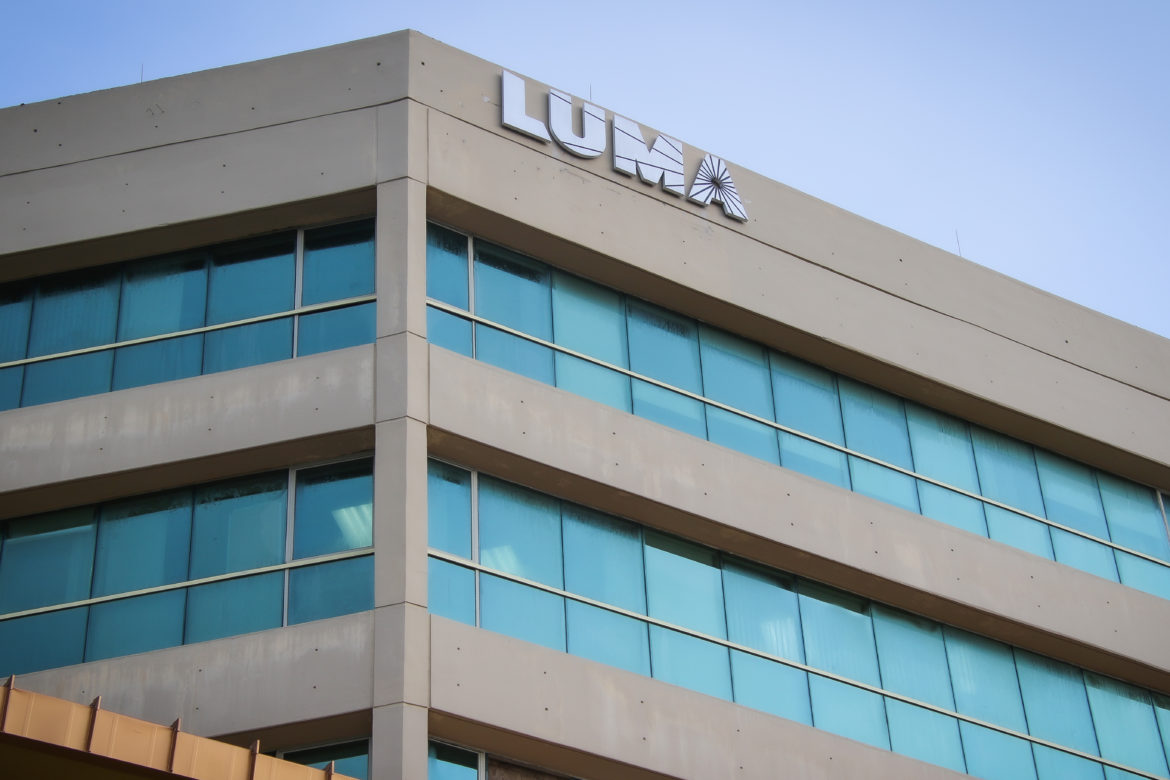 José Gil de Lamadrid, owner of a laundromat in the Utuado urban center, returned from a Sunday walk, showered, sat in front of the TV to watch wrestling and there was a blackout. He says he hoped that the privatization of the Puerto Rico Electric Power Authority (PREPA) would make electricity service more stable.

But in the first three months that LUMA has operated Puerto Rico’s power transmission and distribution system, it has taken almost twice as long to restore service, compared to the time it took for the public corporation to get it done.

Gil has seen that wait times have worsened along with the blackouts. On Monday morning he opened the laundromat, but at noon, the power failed again. The drying, ironing and mending machines could not be used all afternoon. He couldn’t do anything in his workshop. “It affects me a lot because people want things in a hurry,” he said. “I closed and left.”

The first report of LUMA’s reliability metrics depicts part of the story experienced by thousands of Puerto Ricans like Gil, while putting the public-private alliance with the company hired to transform the electrical system to the test.

The Customer Average Interruption Duration Index (CAIDI) averages the time that a power company, in this case, LUMA repairs energy interruptions. The lower the number, the better for the customer. For the months of June, July, and August 2021, it was 323 minutes. The previous year, in those same months, when PREPA still managed the transmission and distribution system, the rate was much lower: 155 minutes. In 2019, it was 152 minutes. In the US, the average is 82 minutes.

The Laundry Lamadrid, in the central mountains in Utuado, has been in business for 70 years, of which José has worked for half a century after inheriting the business from his parents. Except for the months after Hurricane María, Gil does not recall having experienced such instability in the electrical system in his town.

“The deterioration under LUMA’s administration is palpable … That CAIDI index clearly has a component that questions to what extent LUMA’s staff is enough and trained to do the job,” said Agustín Irizarry, professor of electrical engineering at the University of Puerto Rico’s Mayagüez Campus, and former consumer representative before PREPA’s Governing Board. “In terms of reliability, we are worse off. And this is using the data provided by LUMA,” Irizarry pointed out.

CAIDI’s metric excludes blackouts caused by programmed outages or interruptions that the power company carries out when there is high demand and little generation, according to what PREPA reported in May to the Puerto Rico Energy Bureau (PREB). The industry does not usually include them, Irizarry said. That means that the outages the customer experiences are more than reported. “That’s why, for people, those numbers feel worse,” said Irizarry.

CAIDI’s calculation for LUMA’s first quarter comes from an analysis of the data that the Center for Investigative Journalism (CPI, in Spanish) carried out, after consulting with Dr. Irizarry and Cathy Kunkel, energy analyst for Cambio, a non-governmental organization that advocates for energy sustainability for Puerto Rico. The data was obtained from the first quarterly report on reliability metrics that LUMA provided to PREB on Sept. 20.

Because it measures the time it takes for LUMA to resolve an interruption, CAIDI is the most relevant index for the consumer, and the one that best measures the company’s performance, Irizarry said. But PREPA’s contract with LUMA does not require the company to improve this metric within the first five years. And, although it does not have to improve it, this is precisely the indicator that LUMA wants to stop reporting.

At press time, LUMA did not answer technical questions about the data collection process, whether they counted the non-selective blackouts caused by generation plants and why the CAIDI has doubled from 2020 to 2021. The PREB told the CPI that it is still evaluating the metrics submitted by LUMA. “The Bureau is very clear that we have to look at the numbers carefully to avoid underestimating or overestimating things,” said Commissioner Lillian Mateo.

Where blackouts are felt most

The electricity distribution regions that waited the longest for service to be restored in June, LUMA’s first month in operation in Puerto Rico, were Yauco, Utuado and San Germán, with CAIDI rates exceeding 900 minutes. In the same month in 2020, those who waited the longest for power were in Utuado, Yauco, Barranquitas and Aguadilla, with a CAIDI that exceeded 200 minutes.

At the Cooperativa Industrial de la Montaña, in Utuado, 15 people sew for clothing companies and make uniforms for PREPA (which owes them about $4,000). As part of PREPA’s transformation, they lost part of the business because LUMA has not contracted them to continue making uniforms. Due to economic difficulties, the company is in arrears with the Puerto Rico Industrial Development Company in rental payments for the use of the facilities.

“We’re having more problems since LUMA arrived,” said Carmen Borrero, administrator of the cooperative. The factory has an emergency power plant but it’s only strong enough to run two sewing machines. A blackout means that their limited business is paralyzed, further exacerbating their problems to generate income.

At the Farmacia Cintrón, also located in the Utuado urban center, they had a power generator programmed to turn on automatically when there was a blackout. Because they are so frequent, the machine is now activated manually, to prevent it from turning on at night when the power goes out, so they do not run out of diesel.

During LUMA’s first three months, the SAIDI (System Average Interruption Duration Index) also worsened, which refers to the total time a customer has no power. It was 177 minutes for all of Puerto Rico in June, 139 in July, and 104 minutes in August 2021. In 2019, the metrics were much better: 60, 65, and 69 minutes, respectively.

The SAIFI index (System Average Interruption Frequency Index), which measures the average number of interruptions that the customer experiences, seemed to be doing well in 2019 in Puerto Rico. PREPA reported SAIFI of less than 1.1 outages in all regions in June, July, and August. In the same months in 2021, under LUMA, the numbers were .40, .43, and .47, respectively. Irizarry says that this is the only metric in which LUMA is relatively good. The report does not include September when the outages have been almost daily.

The same months in different years were chosen for the comparison of LUMA’s metrics with PREPA’s. There are usually problems with blackouts in the summer because the demand for energy increases while generation is limited.

However, if LUMA’s first three months are compared with PREPA’s last three, it shows the deterioration in the service that clients have received, Kunkel said.

The CAIDI for all of Puerto Rico was 138 minutes from March to May 2020, while it totaled 323 under LUMA in its first three months.

“It’s very notable that in each region, the SAIDI and CAIDI are worse with LUMA,” she noted.

Who’s to blame for the blackouts?

Although LUMA started with bad numbers in the CAIDI index and in SAIDI, it is not responsible for all this summer’s blackouts. Most of them are due to problems in power generation plants, which PREPA has run until now.

On the night of Sunday, Sept. 26, more than 140,000 clients such as Gil and the seamstresses of the Cooperativa Industrial had no electricity until the next day, because of the sargassum that clogged the systems at the Aguirre Power Plant, in Salinas, and Palo Seco, in Toa Baja, PREPA said. On Monday, a boiler rupture was also reported in Unit 3 of the Palo Seco Power Plant. At the same time, Units 5 and 6 of the Costa Sur Power Plant, in Guayama, were not in use.

The reliability numbers for LUMA’s first three months show that it is yet to be tested. Irizarry said people should not throw in the towel. “LUMA hasn’t been responsible for the grid for the past three months. The transition began a year and three months ago. The day LUMA started, (June 1rst) it left the whole island in the dark.”

Only when the electricity goes out due to problems with a transmission, distribution, or dispatch of electricity, is it LUMA’s responsibility, since that is its duty according to the current contract.

Why, if it does not control generation — only transmission and distribution — was the role of customer service passed to LUMA, which entails having responsibility for deficiencies that are not under its control?

Robert Poe, a member of PREPA’s Governing Board, explained that LUMA oversees customer service because this is usually offered by the company that manages the distribution, as it is the one that delivers electricity to the consumer’s home. The contract places LUMA as PREPA’s representative before the PREB, although it is not responsible for everything that happens. “It is the constant communication that makes this operation successful,” he added.

Puerto Rico Chamber of Commerce President Luis A. Gierbolini believes it may be that LUMA is seeing that “things are backfiring.”

“People don’t do this analysis of what LUMA is actually responsible for because they don’t have all the information. I think that LUMA executives have problems delivering the message, perhaps they don’t know Puerto Rico. They created this problem themselves,” said Gierbolini. “They don’t explain well, they don’t defend themselves, they don’t speak. They take all the blows. PREPA is quiet.”

Given the poor conditions of the energy system that PREPA had managed, the Chamber of Commerce decided to back the contract with LUMA. But in a statement, Gierbolini blasted that the company has asked for an increase in the cost of electricity. “An improved performance of the electrical system cannot be based on recurring and excessive increases in electricity,” he told the CPI. “People aren’t willing to continue paying more and they need the blackout issue to be resolved, no matter who’s to blame.”

Currently, the public corporation is the main energy supplier, combined with companies it subcontracts for generation, such as the AES coal plant and the Ecoeléctrica natural gas plant. However, in the future, PREPA is supposed to become another player, because other private companies are supposed to come in to provide renewable energy services.