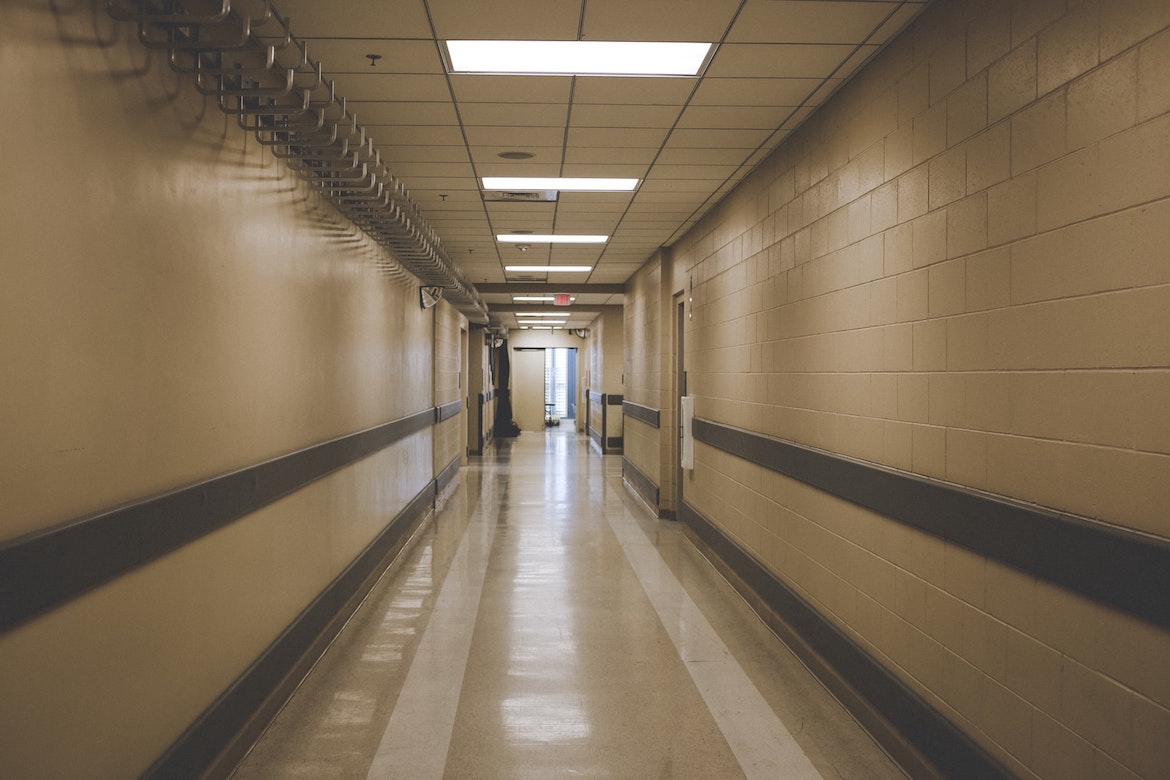 Ten days after the Government of Puerto Rico began to take the coronavirus seriously, Puerto Ricans are in the midst of the deadly pandemic without a Health Department to count on. With no public health expert in charge of the decisions on which the lives of 3.2 million people who live on this island depend.

The Health Department has no data, no projections that allow for coherent   planning and response, no communications manager with expertise or experience in public health education, and no large-scale educational campaign despite the many millions spent on advertising superfluous matters.

Former Health Secretary Rafael Rodríguez-Mercado, who had previously mishandled the emergencies created by Hurricane María in 2017 and the earthquakes between December 2019 and January 2020, “resigned” on Friday, Mar. 13, the day the first positive COVID-19 case in Puerto Rico was confirmed. Gov. Wanda Vázquez’s publicly said she was not satisfied with his response to the pandemic.

The next day, the Center for Investigative Journalism (CPI, in Spanish) published an investigation into questionable multi-million contracts at the agency under his watch and about the hiring of staff connected to the governing New Progressive Party (PNP for its Spanish acronym), with no public health expertise, making fundamental decisions.

Rodríguez-Mercado left, but those people, among them his Chief of Staff and friend of Ricardo Rosselló’s former political campaign director’s wife, Mabel Cabeza-Rivera, and communications director Eric Perlloni, are still there.

As if that weren’t enough, the first task force Gov. Wanda Vázquez appointed — whose leader is a mystery — has been strictly following the guidelines of the U.S. Centers for Disease Control and Prevention (CDC) to decide who should be tested for the coronavirus. These are guidelines, just guidelines, not meant to be martial law, which are obsolete as experts on the subject, and the experiences of countries that have been dealing with the virus for almost two months have proven.

These CDC guidelines still include the requirement to test a person only if they have traveled to any of the 26 countries in Asia and Europe banned by President Donald Trump, and that the person presents the three most prevalent symptoms : cough, fever, and fatigue. As if this virus hasn’t already spread throughout every country in the world, including the United States, and as if there were no flights from Europe via Bogotá or Panama, and as if there were no asymptomatic patients, which has already been said over and over again. It makes no sense.

“Puerto Rico must turn away from the CDC protocol, which is obsolete. The United States is the country handling this situation the worst. We must look to South Korea, which has been successful in containing the spread,” Dr. Cruz María Nazario, an epidemiologist at the University of Puerto Rico’s Medical Sciences Campus, with a doctorate from John Hopkins University, told me.

Although the Health Department announced Wednesday morning that it would lift the requirement of complying with the CDC’s travel and symptom criteria, only hospitalized patients who have a doctor’s referral will be tested. This flexibilization does not apply to the rest of the population.

In Puerto Rico, 627 calls have been answered and 57 tests have been done in these 10 days at the State level; that is, an average of less than six tests a day. In South Korea, some 15,000 tests were being done in a day, which saving differences in population size, shows the scale at which a massive response can be implemented.

The Health Department has the capacity to run 50 tests a day and could increase this capacity to 100. Why have they only been doing six a day on average?

The Municipality of San Juan, which has the highest population, has taken matters into its own hands and began testing on Monday, hiring a private laboratory. Mayor Carmen Yulín Cruz told the CPI that 38 calls had been answered in the first 48 hours, and seven tests were conducted after the screening. So far, she has the capacity to do 25 tests a day, and that she hopes to increase to 75 to 100 tests a day in the third week.

She also said private hospitals have asked her for tests to run directly at their facilities and that, as long as she has the means to do so, she is delivering them. So far, she has delivered three to the Manatí Medical Center, three to the Mayagüez Medical Center, and 50 to the Ashford Hospital in Condado, which serves a high volume of tourists and which, according to CPI sources, has an agreement with cruise ship companies to care for their crews.

These requests from the private sector are indicative that there is a need, contrary to what members of the government task force said in a virtual press conference held Tuesday. In that conference, the Director of Biosecurity, Jessica Cabrera, (who has been put in the difficult position of assuming public responsibility for the response operation to the pandemic, without having the standing to answer many of the questions) said they were not lagging on the tests. She said that they had run all the tests that have been requested, and qualified under the CDC criteria.

That’s the point. Who made the decision criteria above and beyond the CDC cannot be implemented in Puerto Rico? We don’t know. We assume it was Gov. Wanda Vázquez. Was she advised by State Epidemiologist Carmen Deseda? By U.S. Ex Surgeon General Dr. Antonia Novello de Coello, who doesn’t hold an official position in the Government of Puerto Rico? Was it by Interim Health Secretary Dr. Concepción Quiñones de Longo? We don’t know. What we do know is that the Secretary of Public Affairs of the Governor, Osvaldo Soto, made a false statement on the matter.

He said Puerto Rico was required to follow the CDC protocol to qualify people for the test. The protocol is not an obligation, but rather a guide, and there are states and cities in the United States that have applied different criteria to those of the federal government to be more aggressive in the battle against the disease. Among these, New York State, which opened a drive-thru to conduct the COVID-19 test.

While all this is going on, there is a huge mess at the Health Department, according to internal sources, and the few trained staff that remain in the agency — such as the seven regional epidemiologists who are working non-stop — they are working under the pressure of inconsistent decisions, on a ship without a captain.

“There’s a total mess there,” said one of the sources.

“We’re still in the same situation. They keep making the wrong decisions. Political decisions are still being made,” said a third.

At the heart of everything is politics and Dr. Deseda, who was unable to identify the leptospirosis outbreak during Hurricane María and who while keeping her private practice, according to sources, has the power to determine who is tested and who isn’t.

The internal sources consulted say she is not handling the situation well, and that she should be removed from the position. The Governor is aware. For this reason, and because she doesn’t like to speak to journalists, it is that we don’t see Deseda at press conferences and that’s why she is making fewer and fewer public appearances.

“Deseda has been hindering the process, instead of facilitating the tests to learn about the magnitude of the disease,” said former Health Secretary Enrique Vázquez-Quintana under PNP administration when consulted by the CPI about the way in which the official has handled this emergency.

The status of the Health Department isn’t a matter of opinion or sources, but a fact, as evidenced in the government’s press conference on Tuesday afternoon. When the CPI asked La Fortaleza’s Secretary of Public Affairs Soto about who was the government’s public health expert in charge of decision-making during this public health emergency he could not give a clear answer. He said there was “a team,” and mentioned some members of the task force.

The director of the World Health Organization, Tedros Adhanom, has repeated it over and over again: the simple recommendation to all countries is “test, test, test.” This is also crucial because it provides something very important to epidemiology professionals: the data needed to make projections and plans, according to the Ponce Health Sciences University (PHSU) Epidemiologist Dr. Melissa Marzán.

Although Marzán applauded the strict curfew measure declared by Gov. Wanda Vázquez as the only way to contain an exponential spread of the virus and avoid overloading the health care system, she insisted that the two major problems in managing the emergency in Puerto Rico have been the lack of data and the absence of effective communication with the population.

Given the lack of data, the PHSU’s group of epidemiologists, together with the Public Health Trust, a division of the Science and Technology Trust, decided to take the lead and designed a symptomatic surveillance system. This tool, which monitors signs and symptoms of the disease through a survey, is used in these types of cases in which there is a rapidly spreading disease and there is no data available, Marzán explained. The group designed an anonymous cyber survey for people to directly report COVID-19 symptoms and demographic information. It started circulating on Tuesday and their goal is to publish the results every other day on the covid19puertorico.com website.

Although the method is not perfect, because there are other diseases with some symptoms in common, if it achieves a broad distribution and participation from the public, it will give an initial clue of how the disease is behaving on the island because it would reflect an increase in the curve, Marzán said. Right now, Puerto Rico health professionals have no way of making responsible projections because there is no data available, she added.

As I write these lines, people are still scrambling at the Health Department and in La Fortaleza. Who can assume leadership of the agency in this pandemic? How will the anticipated problems of critical supplies be dealt with? How will alternate facilities be prepared to move a high volume of infected people? Who is the right person to handle communications in this situation? These are some of the questions they’re discussing. But the first, in my opinion, is the most critical.

Who will be the captain of this ship gone adrift?

Dr. Coello de Novello, former U.S. Surgeon General, a member of the military, and former health commissioner of New York, is one of the most popular candidates, but she has a big problem on her record: in 2009 she pled guilty on one corruption charge in New York.

The other question that remains is whether the person who is finally selected is truly going to clean house at the Health Department.