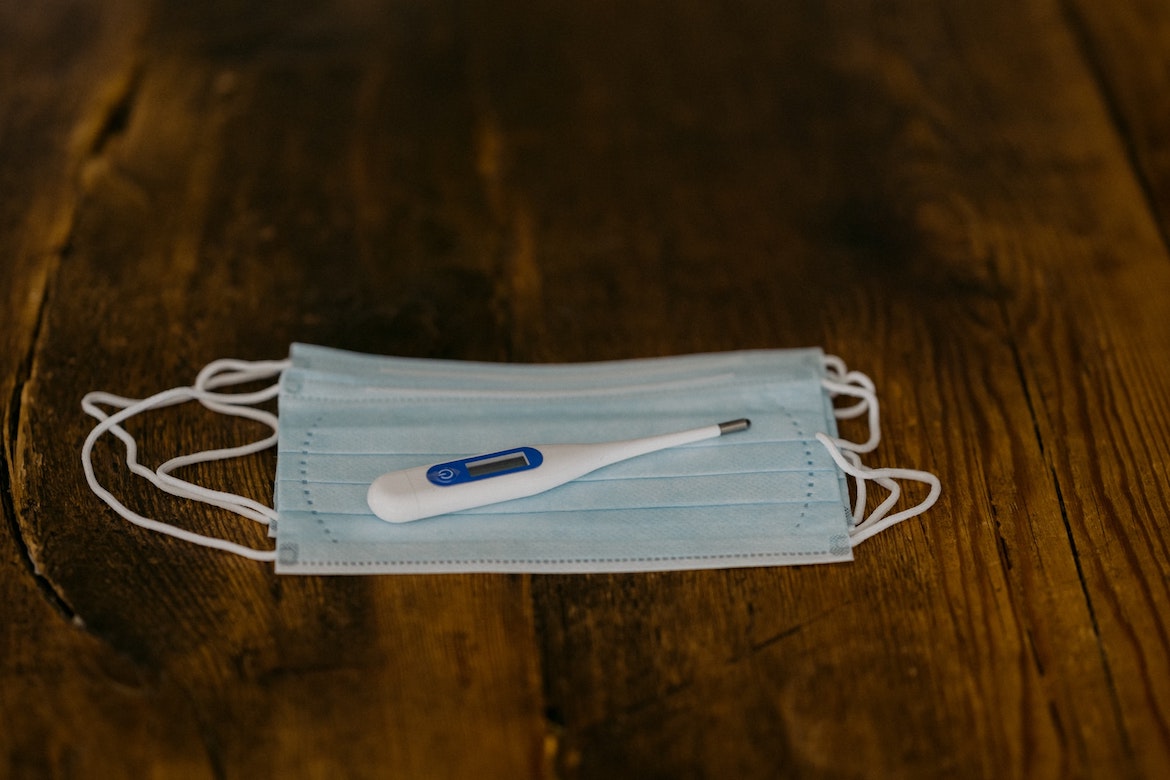 Photo by Annie Spratt on Unsplash

Government and public health experts at the highest levels have known this for days, but nobody wants to say it openly: thousands could die from COVID-19 in Puerto Rico.

So far, the projections that the Center for Investigative Journalism (CPI, in Spanish) has learned from experts are overwhelming. The most conservative suggests that some 16,000 deaths could be registered during the pandemic on the island; the worst case scenario approaches 58,000 victims.

The CPI asked health demographer Raúl Figueroa to calculate the number of possible deaths, based on the contagion estimates that the Government of Puerto Rico has disclosed, as well as the fatality rates published by countries that lead the way in the pandemic, and the local case-fatality rate that the few tests done to date show. The first test was done on March 8.

According to Figueroa’s calculations, if Puerto Rico approaches the global average mortality rate — which to date is 4.4% — 27,000 people would die in about 12 to 18 months. If the epidemic behaves on the island like it has in Italy, which has an aging population similar to Puerto Rico and the worst case fatality rate to date with 9.3%, it would be 58,000 deaths in the same period.

In the next three to six months, the most likely scenario would be between 1,400 to 12,000 victims, Figueroa estimated, predicting that Puerto Rico will see an explosion of cases in the next two weeks.

“Many people will die, especially if the current lockdown strategy doesn’t work,” he said.

Two epidemiologists the CPI consulted and, to a large extent, the biostatistician of the COVID-19 Task force and director of the School of Epidemiology and Biostatistics of the University of Puerto Rico’s Medical Sciences Campus (RCM in Spanish), Dr. Juan Carlos Reyes, confirmed the demographer’s estimates.

Dr. Reyes said in an interview with the CPI that the most conservative scenario the Task Force has projected would be about 16,000 deaths and the worst scenario — which he acknowledges is a global average scenario — 20,700 deaths during the duration of the epidemic.

“We’re not far from those numbers,” he acknowledged when he saw Figueroa’s projections. He emphasized that the projections of the Task Force’s epidemiology committee are based solely on the current experience of spread and lethality that they have registered in Puerto Rico with the few tests that have been done   so far.

The other two epidemiologists consulted by the CPI — Dr. Cruz María Nazario, from the RCM and Dr. Melissa Marzán, from Ponce Health Sciences University (PHSU) — validated the projections, agreeing with Reyes’ assessment.

Nazario, for example, emphasized that the figures are raw estimates, that don’t take into account fluctuations by age and sex, but said it’s the type of projection that can be made with the few tests done in Puerto Rico and the data available about the positive cases.

“The death estimate is right ,” she said.

Meanwhile, Dr. Marzán confirmed the range of possible deaths projected for the next three to six months as the direct deaths that can be expected in Puerto Rico at the peak of the epidemic, if social distancing measures manage to reduce the progress of the virus.

The experts   emphasized that the projections and scenarios will depend on the containment measures that the Government takes and on the resources it can deliver to the island’s deteriorated health system. However, they both predicted that the goal is to lower the number of deaths from COVID-19, not to prevent a significant number from occurring given the reality of Puerto Rico’s demographics and its health system.

Epidemiologist Idania Rodríguez, who has worked in the Health Department and in the Puerto Rico Institute of Statistics, also pointed out that the island has a large population over 60 years old, and people with chronic conditions in all demographic segments such as diabetes, cancer, hypertension, and respiratory and heart diseases, which have been at the core of the highest mortality segment in China, Italy and Spain. In Italy, for example, the coronavirus case fatality rate among older adults is 19%.

The three epidemiologists agreed in separate interviews that the island’s health system won’t be able to handle the overwhelming number of hospitalizations that would occur, causing many of the deaths of critical patients in the vulnerable segments of society. Marzán said those will be indirect deaths from the epidemic.

Estimates of how many people are expected to be hospitalized for COVID-19 at the same time at the peak of the epidemic fluctuate between 30,000 and 50,000 people. Puerto Rico only has 8,000 hospital beds among public and private facilities, so the Government is already looking for alternatives to turn other properties into temporary hospital beds for patients, the CPI learned.

“Could we hospitalize 50,000 people at once? The answer is no and that would have an impact on the estimate of indirect deaths,” said Marzán, adding that as a lesson from Hurricane María, the Government should have established those definitions before the critical event, so that the severity of the epidemic can be properly documented.

“I’m afraid that, as it happened with the hurricane, deaths will have to be estimated through excess mortality during the epidemic period,” she added.

Dr. Nazario also emphasized the lack of preparation at the Health Department (DS, in Spanish), which did not take precautions upon learning about the start of the spread of the virus in January.

“We didn’t plan, just as we didn’t get ready for Hurricane María. We should have been preparing since January. We’re behind and, as in María, people who will die from COVID-19 will do so because we don’t have enough intensive care beds, and we didn’t plan,” she said.

She explained that in an extraordinary public health event like the current pandemic there are unavoidable deaths, but many   deaths could be avoided if plans are put in place and resources are lined up ahead of time.

On the other hand, Dr. Marzán insisted that the quarantine that has been implemented to date on the island is of intermediate intensity, since it still allows the movement of a large part of the population, even if it’s for basic needs such as getting food and gas.

She estimated that currently one in four people is still mobile, while in the strictest possible scenario only first responders could move around in an emergency, or approximately one in eight inhabitants.

As of Wednesday (March 25) morning, 582 tests had been done by the Health Department, the Veterans Administration Hospital and private laboratories that began testing this week. Currently, there are 51 positive results and 178 results pending. Globally, it is estimated that for each positive case, there are between five to 10 positive people who have not been detected and a transmission rate (people who infect other people) of 2.3. This is why the Task Force estimates that, as of Wednesday, March 25, there are between 586 and 1,173 people infected in Puerto Rico, Reyes explained.

Reyes said the problem with the unavailability of the tests in Puerto Rico boils down to the fact that there are no molecular tests available on the island (PCR, in Spanish), as there is a shortage in the United States, and that the rapid tests that were requested have not yet arrived. He said the Health Department had 1,000 tests, of which there should be 642 left as of Wednesday, after the 358 done, and new ones have not arrived. This is why the focus has been on severe cases, he explained.

He explained that the lack of human resources at the Health Department limits tracking people who have been in contact with those tested positive so they are recruiting epidemiology students from the RCM and the PHSU to give a hand   on this task starting Thursday or Friday of this week, and once the rapid tests arrive, they will try to test those people, which is ideal, Reyes acknowledged. His expectation is that this will happen mid-next week.

He also said the Task Force’s stance is that once the 200,000 tests arrive, they be distributed throughout the island and administer to people with mild symptoms or those asymptomatic — the main sources of transmission because they feel well enough to keep going out to the grocery store, the bank, to buy food, and to the drugstore, and they continue to spread the virus.

In other words, the biggest problem in containing the disease are people who don’t get sick even though they have the virus, or so-called asymptomatic people who continue to socialize and spread the virus, not those who get seriously ill, and who are contained in a hospital, he said. Therein lies the importance of so-called contact tracing, to slow down the rate of transmission.

“We’re not tracking any of those who are being treated right now,” said Idania Rodríguez, emphasizing the importance of identifying those people who have had contact with the cases that have tested positive and putting them in total isolation. The epidemiologist also expressed disappointment over the lack of evidence and data in Puerto Rico because it prevents early identification of COVID-19 hotspots.

“The consequence is that you don’t know the extent of the disease, and you don’t identify those who are at risk. You can’t take mitigation and containment measures, and these people can continue to transmit the disease,” she said.

She also pointed out that many of the measures that the population is taking, such as using masks and gloves, give a false sense of security and tend to spur a further spread of the virus. For example, if a cashier or a consumer uses the same gloves to grab the items they buy and the money they pay with, which in turn have already been touched by many other people, the gloves have no effect. In addition, contaminated products are taken into the home and touched again, so they can also be sources of infection if they’re not cleaned one by one with a vinegar solution or diluted soap.

“There are factors that you can´t control, because if someone touches something in the supermarket, the infection will live on. It lasts two or three months, it would be unrealistic to think that this will end in two weeks,” she said.

“There’s no way to guarantee you won’t get infected, the only thing we can do is take all possible measures to minimize the possibilities,” she concluded.