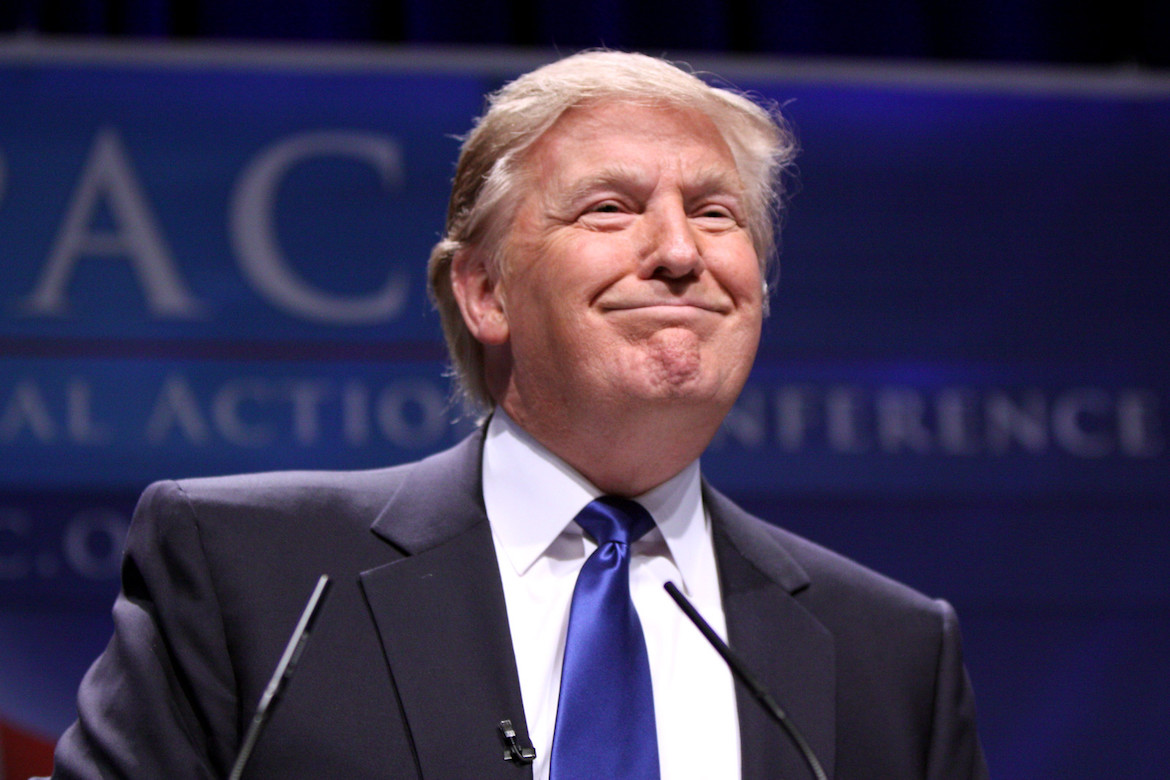 The Government Accountability Office (GAO) has filed three reports noting that HHS has failed in its legal obligation to design the enhanced situational awareness network.

Photo by Gage Skidmore on VisualHunt

President Donald Trump’s administration is steering the response to the coronavirus like a pilot who flies blindfolded. The Department of Health and Human Services (HHS) for 12 years has failed to comply with its obligation to operate a centralized digital platform to share information, as close as possible to real time, about threats to public health such as pandemics. Now it lacks that tool to avoid deaths related to COVID-19.

The Government Accountability Office (GAO) has filed three reports, two during the Trump term and one during former President Barack Obama’s tenure, noting that HHS has failed in its legal obligation to design the enhanced situational awareness network. Furthermore, the GAO sent a letter on March 28, 2019 to the highest federal health authority in the US, HHS Secretary Alex Azar II, outlining more than 42 critical actions that the agency has not complied with, including the implementation of this tool.

An HHS spokesperson told the Center for Investigative Journalism (CPI, in Spanish) that the U.S. Congress has not appropriated the funding to create this system. But the GAO said that despite the recommendations it has made to the federal agency, HHS has never conveyed back that a lack of funds is keeping it from complying with the law. In its request for an emergency budget for fiscal year 2021, HHS asked for $5 million for actions that include expanding data analysis services, but the health agency did not say whether all or part of that money will be used to finally implement the tool.

And while the chain of non-compliance ensues, COVID-19 not only reached the U.S., but it became the country with the highest number of infections since late March 2020. Large states like California and territories like Puerto Rico have quarantined their population, while tests to detect the virus are scarce.

If HHS had launched the enhanced situational awareness network, it would have allowed federal, state and territorial authorities to identify, in a matter of hours, the specific infection hot spots to provide a quick response, directing the limited resources where they were most needed, three experts interviewed the CPI separately agreed.

“Although we do have many federal data systems that are helping to support the current COVID-19 response, we do not currently have a fully functional ‘situational awareness’ network,” said Jonathan Weiner, Professor and Director of the Center for Population Health Information Technology at the Johns Hopkins University in Maryland.

“We require real time data to save lives,” added Weiner. That data may come from local, state, or territorial health departments, private health systems, and multiple federal agencies. “Most would agree that having all these sources coordinated, and standardized by — or under HHS supervision — is the way to go.”

The need to standardize information is based on the fact that data is collected by 59 health departments from all states and territories, more than 3,000 health institutions in cities, counties, and tribal entities, and more than 180,000 laboratories across the United States, the GAO stated. These systems have contrasting data collection and submission processes.

When confirmed cases of COVID-19 infection are discussed today, that number is a reflection of the past. Days have passed since the patient has symptoms, gets tested for the virus, the hospital or laboratory reports the results to health authorities and they in turn send it to the Centers for Disease Control and Prevention (CDC), an agency under the HHS umbrella.

“In the current coronavirus pandemic, the lag between actual cases and what is reported in the data systems is believed to be very significant and is hampering an effective response,” Weiner said. “In other words, what’s in the official stats of the day, is not what’s happening in the community… This lag means that using guesstimates, rather than actual numbers is the basis of critical decisions,” such as isolating communities, Weiner said.

“Once the current pandemic wanes, it will be clear to anyone who cares to look at the facts that our current public health data infrastructure requires significant investment,” he said.

Meanwhile, in the epicenter of infections in the US, the lack of information is precisely one of the problems. Dr. Oxiris Barbot, commissioner of the New York City Department of Health and Mental Hygiene (DOHMH), acknowledged at a press conference that she faced challenges in obtaining demographic data on the fatalities, the majority of which have been Latinos so far. She said her institution has tried to get details from regional health information systems but has stumbled on “technical issues” that need to be improved to get the job done faster.

The networks Barbot refers to are regional health organizations that work as nonprofit corporations and in turn belong to a New York State government-run network. They provide some exchange of information among public health agencies, hospitals, laboratories and insurance companies, among others, but do not offer automatic data exchange, nor do they deliver all of the medical details that DOHMH needs, according to that agency in a statement to the CPI.

Hospitals, for instance, cannot automatically submit all COVID-19 test data, so DOHMH officials have to go to the health provider’s medical records to get patient information, the agency said. According to its website, the DOHMH lacks the capacity to adequately quantify the number of people admitted to hospitals due to COVID-19, over a lack of resources and time at hospitals, so they have to make estimates.

In Puerto Rico, the Institute of Statistics (IE, in Spanish) has been trying to collect, consolidate and publish epidemiological data on coronavirus cases, but Executive Director Orville Disdier charged in a press release that “long before this emergency began” it had tried to contact the Puerto Rico’s Health Department to get them to provide information on COVID-19.

He said he has also had conversations with the Governor’s office and the Medical Task Force that advises the Government during the pandemic. “They repeatedly say they will provide the data, but the truth is that we get it late, incomplete, in incompatible formats, or there are days when it’s just not submitted,” he said.

The Puerto Rico Health Department announced the creation of a dashboard independent from the IE’s, in which it presents data on confirmed cases by municipalities, deaths, and hospital beds and respirators that are in use and available. The tool was published on March 9, almost a month after the first confirmed case of COVID-19 on the Island and included mistakes (there was data on deaths that had to be changed).

Furthermore, information provided through this tool is scarce: for example, there are no details on percentage increases in cases by municipality; availability of beds and ventilators by region; or the number of Health Department tracings (inquiries on how many people have been in contact with each confirmed case).

In addition to publishing the cases confirmed by laboratories throughout the U.S. on its website, the CDC keeps a surveillance network that publishes data on cases of hospitalizations for COVID-19 and infections by patient age groups.

However, this tool only includes data from 14 states, and does not offer information on small areas within those places or information on infections by ethnic groups. The CDC uses these data to calculate hospitalization rates for infected people weekly. The agency itself notes that those rates may be underestimated due to the limited availability of the tests.

HHS was warned a month ahead of the pandemic outbreak

The Pandemic and All Hazards Preparedness Act (PAPHA) of 2006, which was reauthorized in 2013, sought to prepare the United States for any intentional emergency, such as terrorist attacks, or natural threats, such as diseases, and ordered the creation of the enhanced situational awareness network.

In 2019, The Pandemic and All-Hazards Preparedness and Advancing Innovation Act (PAHPAI) was passed, becoming the third mandate that orders the creation of the data tool.

In December 2010, the GAO issued a first report telling HHS that it had to take action. The HHS Office of the Assistant Secretary for Preparedness and Response, in charge of the security response against health threats, finally created a strategic plan to launch the information network in 2015.

But in September 2017, the GAO had to issue a second report, noting that the plan was stalled. The agency also pointed out that it did not address all of the required activities, such as defining the basic data elements that the network should have, nor the criteria for reporting the information in a unified way so that it could be analyzed effectively. There were no deadlines, cost estimates, or an evaluation system to determine if the tool would fulfill its purpose.

And almost a month before the World Health Organization declared the COVID-19 pandemic, the GAO released an assessment of the National Biodefense Strategy that the Trump administration had created, reminding HHS of its ongoing setbacks to establish the enhanced situational awareness network.

“It’s not that HHS doesn’t have information. It’s just the one they have is not as good as it could be,” GAO’s director of Information Technology and Cybersecurity issues Vijay A. D’Souza told the CPI.

HHS keeps databases such as GeoHEALTH Platform, which it identifies as a situational awareness tool. It is an interactive geographic information system network that was used, for example, to monitor the Zika outbreak in the Summer of 2016. But it has several problems: it is not in real time or integrated with other databases to be able to provide the whole picture.

Fax and papers in the 21st century

“In ordinary medical care we’re also mostly flying blind,” said William Yasnoff, who has a PhD in medicine and another in computer science, and who founded Oregon-based consulting firm NHII Advisors after serving as an HHS senior advisor on health information issues from 2002 to 2005. “Who has a copy of your complete medical records? No one.”

According to Yasnoff, attaining a surveillance information network like the one required by the federal law would start by connecting databases of the medical records of the states and territories. That way, those medical record databases would solve the need to improve patient service and at the same time feed the database that HHS must deploy.

For example, if a patient arrives at a medical service center with fever, cough, and shortness of breath (coronavirus symptoms), the copy of the medical record automatically goes to the federal surveillance system.

José Piovanetti, a family doctor with a subspecialty in medical information systems, and a former advisor to the Puerto Rico Health Department from 2010 to 2012, agrees with Yasnoff that medical records networks can immediately help identify the time and place where there are possible outbreaks in specific areas, based just on patient symptoms, without having to wait to act when the test results arrive.

This real-time information could be used to establish criteria for which towns and cities to put in isolation, rather than on a large scale as is happening now with the pandemic, they contended.

“We have public health offices in many places that have limited budgets. We are   lacking an electronic health exchange and there are people who do manual data entry. And once a week they are sent to the CDC. You already have a seven-day delay,” he said.

“In Puerto Rico’s case, everything works via fax and paper,” Piovanetti said.