When you hear the word “paradise,” images of nature, lush forests, blue beaches, in short, open spaces full of beauty come to mind. For a long time, the Caribbean region has been associated with the charm produced by these paradisiacal landscapes.

But those views that have long been used to attract tourists to the area are disappearing in the face of an accelerating economic model that prioritizes coastal development in the region, substitutes green for concrete, and destroys barriers such as mangroves, sand dunes and wetlands that protect the coast at a time when the climate crisis is hitting hard.

This exchange of resources for excessive development also happens at the cost of the displacement of local communities in the Caribbean archipelagos. This is happening more and more due to the arrival of wealthy foreigners who have found another type of paradise in the region: one to develop hotel megaprojects and for the de facto privatization of these areas, as if they were their backyards.

In the Cayman Islands, for example, the Center for Investigative Journalism (CPI, in Spanish) and the Cayman Current found that in 2021, real estate sales surpassed a record $1.5 billion, with a third of those sales at the Seven Mile Beach. Meanwhile, the Caymanians are unable to find suitable places to live.

A similar scenario was evidenced in Puerto Rico, where, in its first year in office, the Pedro Pierluisi administration hit the accelerator on the approval of permits to build in coastal towns. The proportion of coastal permits, in relation to all approved permits, remained at 68% in both 2020 and 2021, the highest figure in the past seven years. And when comparing the number of coastal permits between the two years, there was a 29% increase in Pierluisi's first year, according to data from the Permits Management Office.

The construction projects that have been authorized on Puerto Rican coasts are, for the most part, hotels, residences, or businesses. Almost none seek to deal with the already palpable effects of sea level rise and coastal erosion, mitigate flooding, or protect vulnerable communities. The cultural changes that come with the replacement of the landscape with concrete are also observed in the British Virgin Islands, where decades of mangrove deforestation expose this archipelago to the ravages of coastal erosion and the effects of atmospheric phenomena, such as hurricanes.

A joint investigation between the CPI and The BVI Beacon found that about half the mangroves that bordered Tortola, the territory's most populous island, in the 1940s no longer exist. They have been replaced by landfill reclaimed from the sea to develop areas such as the capital, Road Town, which now boasts a cruise ship town, marinas with hundreds of anchored yachts and office buildings that house the territory's vibrant financial services industry.

With these construction trends at the expense of natural resources, the Caribbean is becoming even more vulnerable to the effects of the climate crisis that has affected the region.

Over the next 30 to 40 years, the sea will rise about three feet, as predicted by the United Nations Intergovernmental Panel on Climate Change, the foremost team of experts on the subject worldwide, and the US National Oceanic and Atmospheric Administration.

Small islands are fighting for survival at this crossroads, and without natural barriers, the threat is even greater.

This investigative series was made possible in part with the support of Para la Naturaleza, the Open Society Foundations, and the Fondation Connaissance et Liberté (FOKAL). 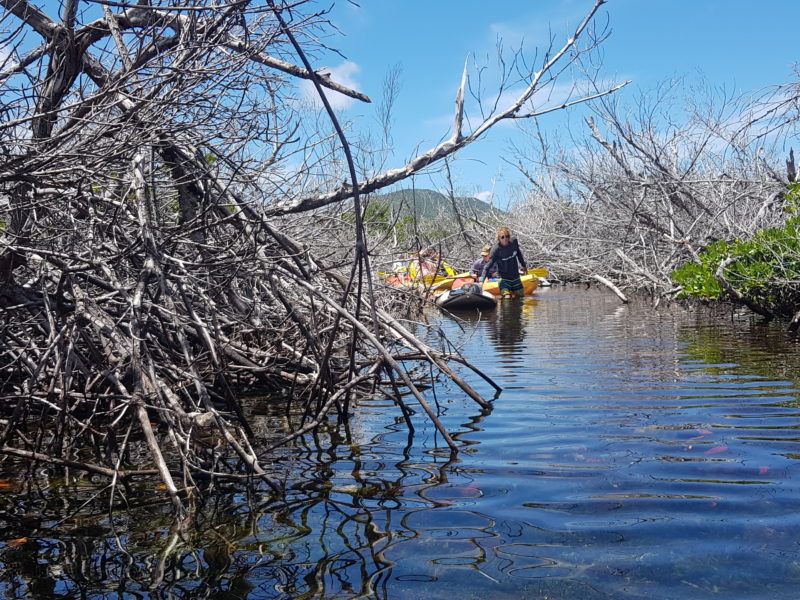 When Donald De Castro was a boy in the 1940s, mangroves lined the shore and cays in front of his family’s small waterfront home in the British Virgin Islands (BVI).
“We used to do a lot of fishing in mangroves,” the 86-year-old recalled. “They had snappers and they had different kinds of fish; we caught good fish.” 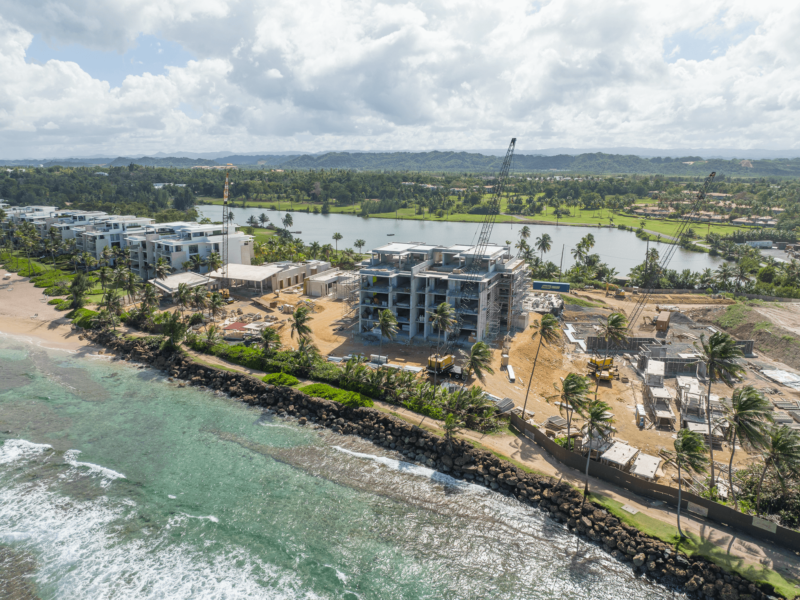 Far from slowing the pace of construction on Puerto Rico’s coasts to address climate change, as experts have requested, Gov. Pedro Pierluisi’s administration hit the accelerator to approve construction permits along the coasts. 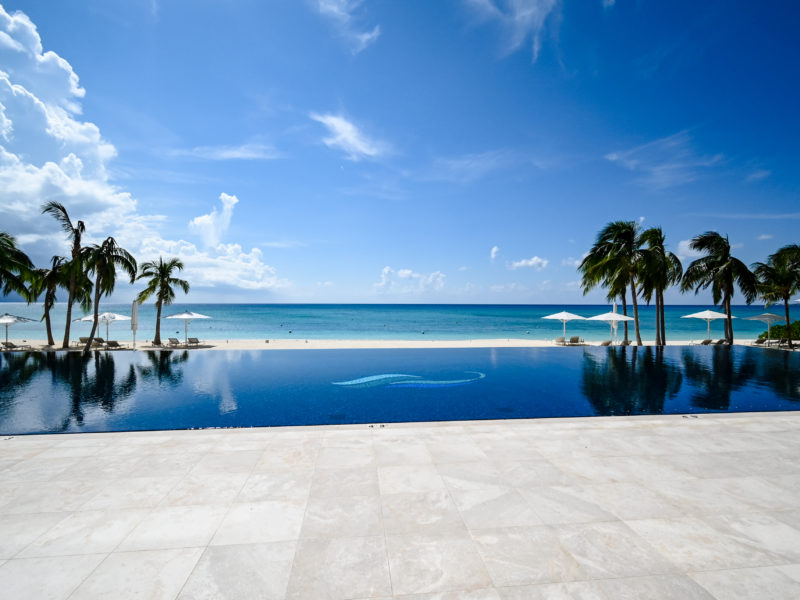 Few places in Grand Cayman offer the expansive, open views of the Caribbean Sea like those seen from the top floor of The WaterColours condominiums.

To start, most places lack this elevation. On an island with an average altitude of six feet, it’s a luxury to take in the turquoise waters and white sand beaches from a 10th-story perspective.

Until recently, only this complex, a 2014 creation of luxury developer Fraser Wellon, and Kimpton Seafire Resort by the Dart group, the islands’ largest private landowner, had achieved such heights. That’s soon to change, but for now, this particular sea view, from the top-floor penthouse of the late Jamaican tourism mogul Ernest “Ernie” Smatt, remains one of Grand Cayman’s most elite. The complex is just one of dozens of luxury condominiums that have filled in Grand Cayman’s vulnerable coastline over the past decade. During the COVID-19 crisis, construction of such projects has accelerated, exposing the local population to serious climate change threats in exchange for properties most Caymanians cannot aspire to own in a lifetime. 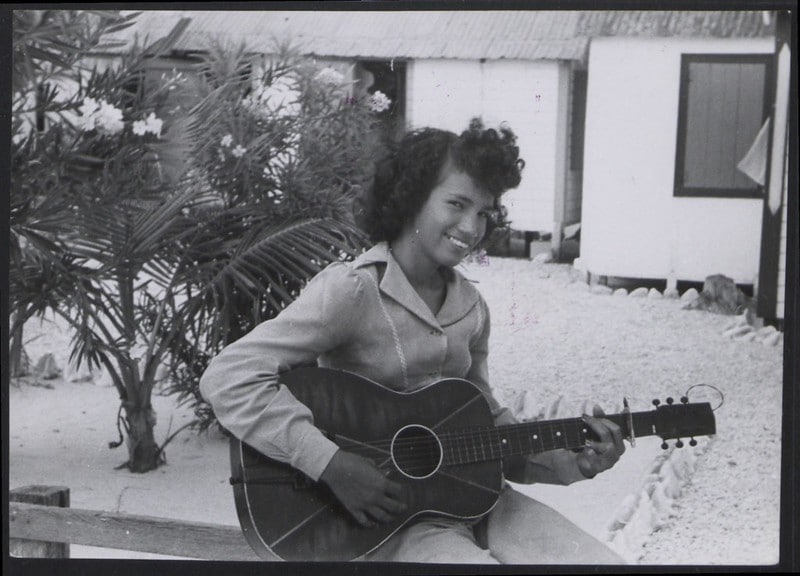 A Loss of ‘Caymankind’ and Island Ethos

The Beach Club Colony days were a different era for Cayman. In 1970, the Cayman Islands had just over 9,100 residents and many of those, in particular young men, spent their time at sea, working ships with the National Bulk Carriers, a multinational shipping company. The financial services industry was in its nascent days, as was tourism. In 1968, a stay at the Beach Club would have cost between US $10.50 and US $15.50 a night — a rate that included two meals a day. The 36-room resort was among Seven Mile Beach’s earliest accommodations, alongside the Coral Caymanian, Galleon Beach Hotel and La Fontaine, all since redeveloped.